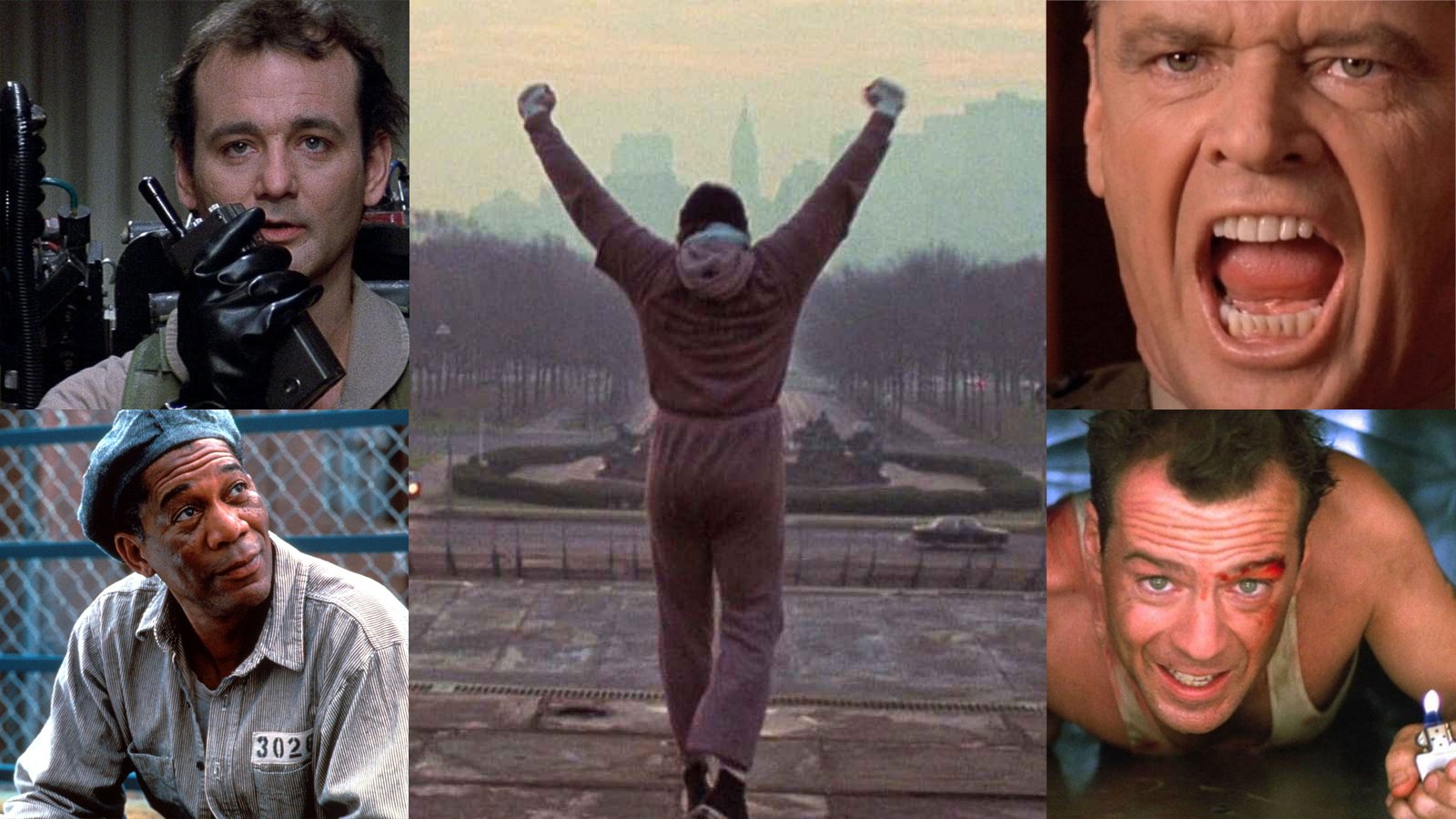 We all know those special movies that your dad always talks about. The ones your dad can quote every line of. Often featuring men in suits or tank top undershirts sporting big muscles, these are the films your dad has seen on television a hundred times. They might make your dad say “Oh you like movies huh? Well have you ever seen …” These kinds of films have a special place in my heart.

So for this Father’s Day, maybe you can finally watch one of these with your dad. Or you could just take in some great cinema for yourself. Regardless, here are ten of my favorite dad movies and where you can currently find them on streaming services.

If you don’t understand why this movie belongs on this then “what we got here is a failure to communicate.”

“Cool Hand Luke” is perhaps the most quintessential of dad movies. It practically founded the “genre” and introduced its tropes: prison breaks, shirtless/suited masculine heroes, overcoming great odds, and quotable lines are all found in this thrilling piece. When Luke (Paul Newman) is sentenced to two years in prison, his resistance to the system inspires rebellion in the prisoners around him. Don’t let the film’s age fool you; it’s not just some disposable flick. The cinematography alone is worth the time to finish the movie. Just don’t eat eggs while you’re watching. Trust me.

The only Best Picture winner on our list, “Rocky” is also the only sports flick here, a staple of many dad’s tastes. The film is about the titular boxer Rocky Balboa (Sylvester Stallone) as he trains to fight Apollo Creed (Carl Weathers). From Stallone’s career to the behind the scenes legends surrounding the film, “Rocky” will give you and your pops a lot to talk about.

All the Rocky movies starring Stallone are on HBO Max at this time.

Who you gonna call? Hopefully your dad to wish him a happy Father’s Day!

If you’re in the mood for less of an action flick and more of a comedy, this is perfect for you! Personally my dad and grandfather are the biggest Bill Murray fans, and this is one of the films that puts him on the map. Plus, who doesn’t want another reason to watch “Ghostbusters”? The plot centers around a team of paranormal researchers as they engineer tools to contain otherworldly threats. But it’s hilarious!

You can find “Ghostbusters” right now on Peacock.

Chances are that your dad has often invited you to “get together, have a few laughs.” Now is the time to take him up on his offer to finally watch the Bruce Willis action classic.

While the debate rages on whether or not the film qualifies as a Christmas film, I contend that “Die Hard” should be a Father’s Day staple. I have never met a dad, mine or otherwise, who didn’t love this movie. And with good reason! Shirtless Bruce Willis and suited Alan Rickman give stunning performances in this action movie about a cop fighting terrorists. The film has incredible masculine action without too much offensive content.

While your dad likely already has a dusty VHS copy of this film hidden somewhere in the house, you can alternatively stream the film on Hulu

I hear you humming that John Williams theme! Don’t try to deny it!

While it might have been a simple enough task to choose the first Indiana Jones film, Father’s Day deserves a special touch. “Indiana Jones and the Last Crusade” is undeniably the best movie in the franchise starring a father/son duo. When Indiana Jones (Harrison Ford) realizes he and his father (Sean Connery) are tangled in a search after the same holy artifact, the pair must resolve their family issues through this action-packed thrill ride.

You can currently stream this or the other “Indiana Jones” films on Paramount+.

Oddly enough, this is the only film on the list to feature actor Jack Nicholson, whom I would crown the king of dad movies! From “One Flew Over the Cuckoo’s Nest” to “The Departed,” Nicholson’s devilish grin has made every dad in America happy at least once.

The story follows a military lawyer (Tom Cruise) when he is assigned to defend two U.S. Marines charged with killing another Marine. The film is worth it for the classic “You can’t handle the truth” alone, but Rob Reiner’s direction and Aaron Sorkin’s fabulous script will also keep both you and your dad glued to the screen.

“A Few Good Men” is available on a few decent streaming services; you can watch it on AMC+, Direct TV, Fubo TV, and Sling.

Since 1994, “The Shawshank Redemption” has become a classic film staple. The story of two men resisting the soul-crushing spirit of prison remains a staple of lazy afternoon watching to this day. Adapted from a Stephen King short story, “The Shawshank Redemption” is a movie that has to be seen to be understood. It is perhaps the most emotional film on this list, but with enough “tough guy” moments to preserve your dad’s masculine energy. Some would argue this is the film that made Morgan Freeman who we think of today. He also kills it in his role as Red.

You can check it out on HBO Max.

This is the coolest movie ever made, full stop.

If your dad is a little more of a suave-suited guy than a rough and tumble action star, then fret not. “Ocean’s Eleven” is about a team of criminals trying to pull off the greatest heist Las Vegas has ever seen. Sound familiar? Soderburgh directs George Clooney, Brad Pitt, Don Cheadle, and Julia Roberts perfectly in my personal favorite movie on this list. It’s perfect for just wanting to relax and feel cool.

You can see the film right now on HBO Max.

You can find the film on Disney+.

It’s tough to get your dad into auteur cinema. But one can dream, can’t they?

Christopher Nolan’s “Inception” finishes our list with its story about a father trying to reunite with his kids. The film is the best example of a recent dad-movie blockbuster, but get ready to possibly have to explain a lot of it as it happens. Leonardo DiCaprio stars as a dream thief who is hired for a very special job. Like in a typical heist movie, he assembles a team of specialists to infiltrate a secure place. Unlike a typical heist movie, the team is trying to sneak something in rather than take something out.

“Inception” leaves Amazon Prime in about a week, so check it out quickly!