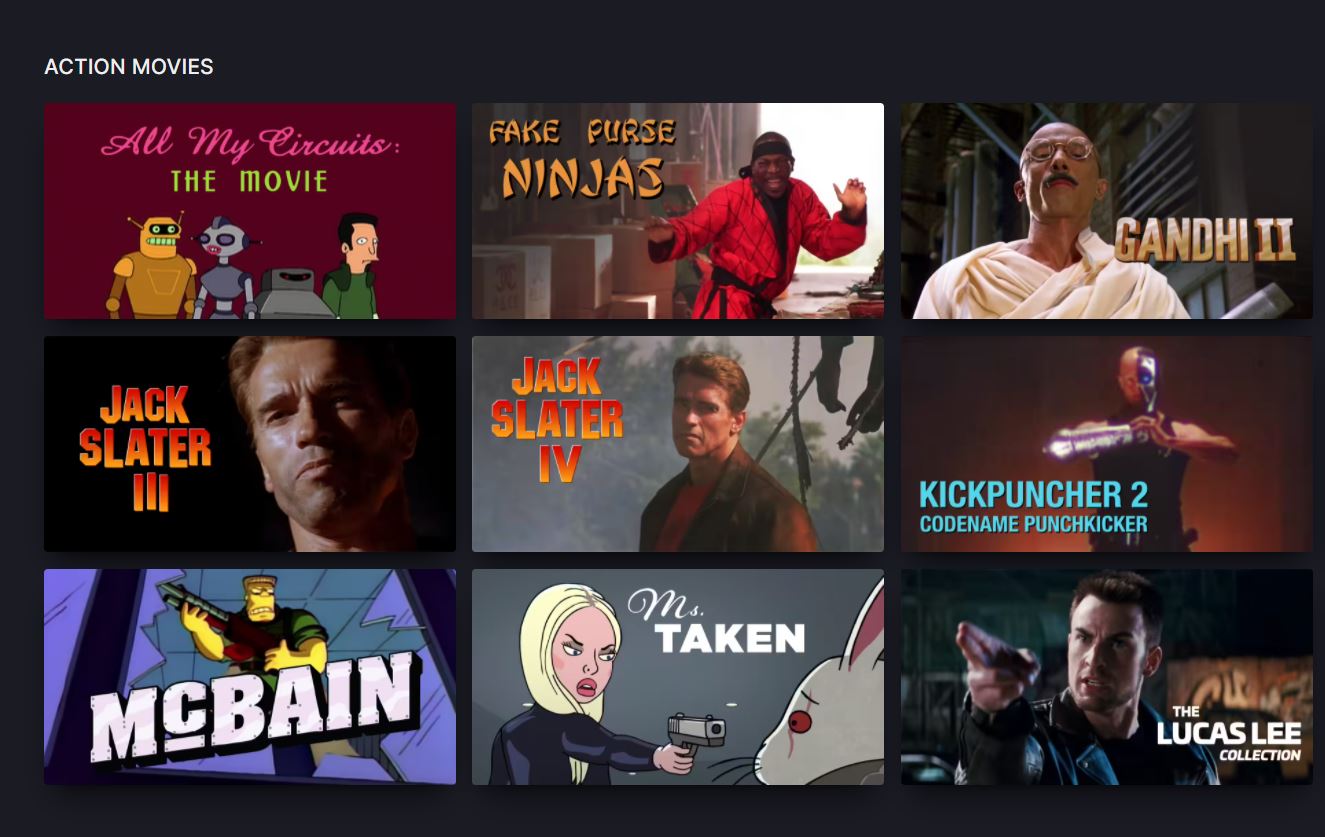 Welcome to Nestflix, where all your favorite movies within movies and shows within shows can be found.

The site is the brainchild of Lynn Fisher, a developer, digital illustrator, and UI/UX designer from Arizona who wanted to bring background movies and television shows to the forefront of our zeitgeist.

Nestflix features over 400 existing productions of fake titles that exist within their respective fictional movie or television worlds. Each nested movie or television show doesn’t actually exist in its entirely, of course. However, many do have associated still photos or brief clips. Clicking on a title sends users to an infographic page that mirrors those utilized by Netflix, providing a rating, synopsis, cast and crew information, and the show in which the nested title is found.

For example, “30 Rock” fans will be more than familiar with the acclaimed films “The Rural Juror” and “Honkey Grandma Be Trippin,’” starring Jenna Maroney and Tracy Jordan, respectively.

The site is similar in spirit to “Binging With Babish,” the dynamo YouTube chef who re-creates all of film and television’s favorite food items. Is there room for a YouTube series discussing awesome nested movies and shows? Time will tell.