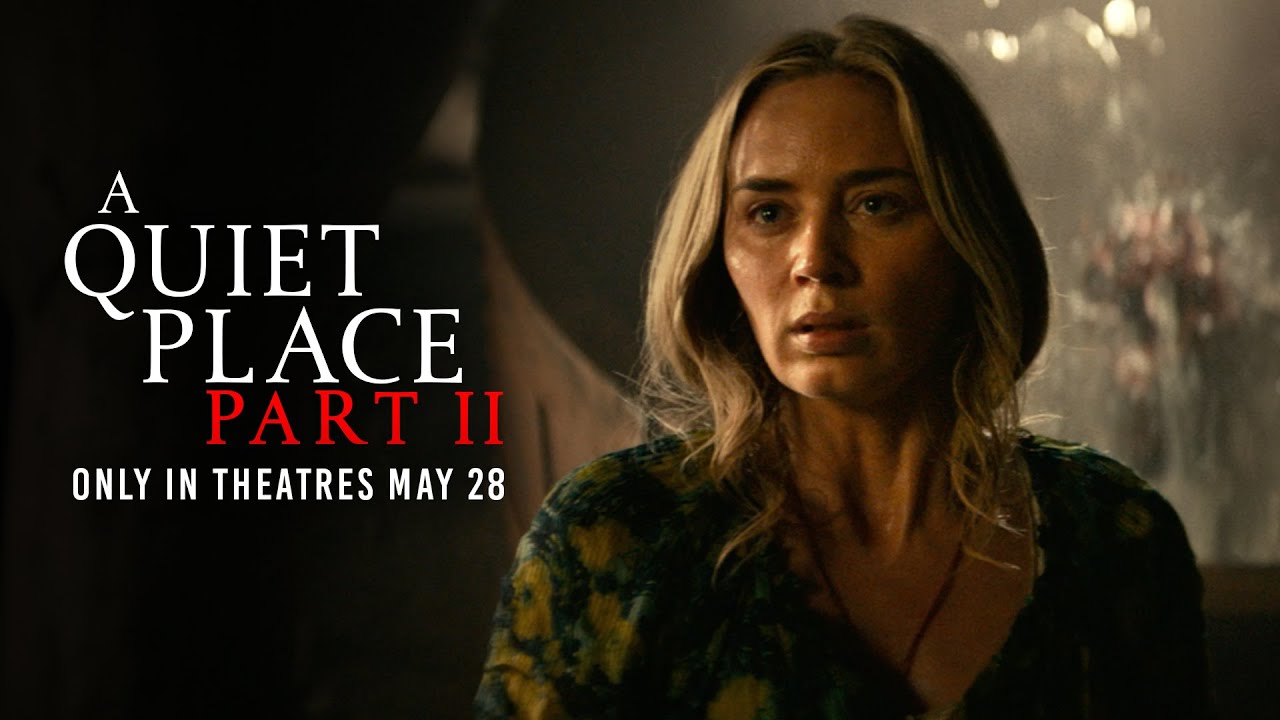 Over a year after it was originally supposed to release, the sequel to the highly successful “A Quiet Place” is finally coming to the big screen. A final trailer for “A Quiet Place Part II” promises a whole lot of terror!

Slated to release on May 28, this “only in theaters” film will help theaters just reopening to gain traction. However, if you still feel like returning to theaters sounds daunting, Paramount announced they will release the film just 45 days after theaters directly onto their streaming platform. 45 days is much shorter than the usual window of digital release.

This article contains spoilers for the first “A Quiet Place,” if it’s been sitting silently on your “I’ll get to it” list!

The director, John Krasinski, tweeted out a final trailer for the film, with the caption “Here. We Go!”

The sequel will see the return of the entire original cast, led by Emily Blunt, Millicent Simmonds, and Noah Jupe. Despite dying in the first film, John Krasinski will also make a return in front of the camera. While much of the movie takes place after the events of the first, there will be flashbacks to the world before the monsters attacked, and potentially answers to the question of how it got this way.

As seen in the trailer, Krasinski walks through the same convenience store that opened the original. We also—quite dramatically—see the rocket ship that caused the death of his youngest son. The trailer jumps to post “A Quiet Place,” where Emily Blunt is leading her family to somewhere new. We also see glimpses at new characters played by Cillian Murphy and Djimon Hounsou.

“A Quiet Place Part II” seems like a great movie to usher theaters back to full or near full capacity. After all, this movie showcases all the great things about theaters, but also all the terrible things.

I saw “A Quiet Place” a couple times in theaters and was equally amazed and frustrated by the theater experience. The first time, I realized in about five minutes that even eating popcorn was too loud and would disturb the eerily important titular silence. However, after realizing I couldn’t eat, I was impressed by how captivating it was to watch on the big screen.

The second time was less good. It was a much more crowded theater, and not everybody was so courteous. People were making loud noises, talking, and at one point—no joke—somebody took a phone call on speaker. In a film like this, where not being able to experience its impressive sound design really can ruin it, the theater atmosphere is so important.

My advice? Choose very carefully who you want to invite to see this sequel. Maybe tell the friend who constantly whispers barely relevant jokes in your ear that you’ll catch up with them later.