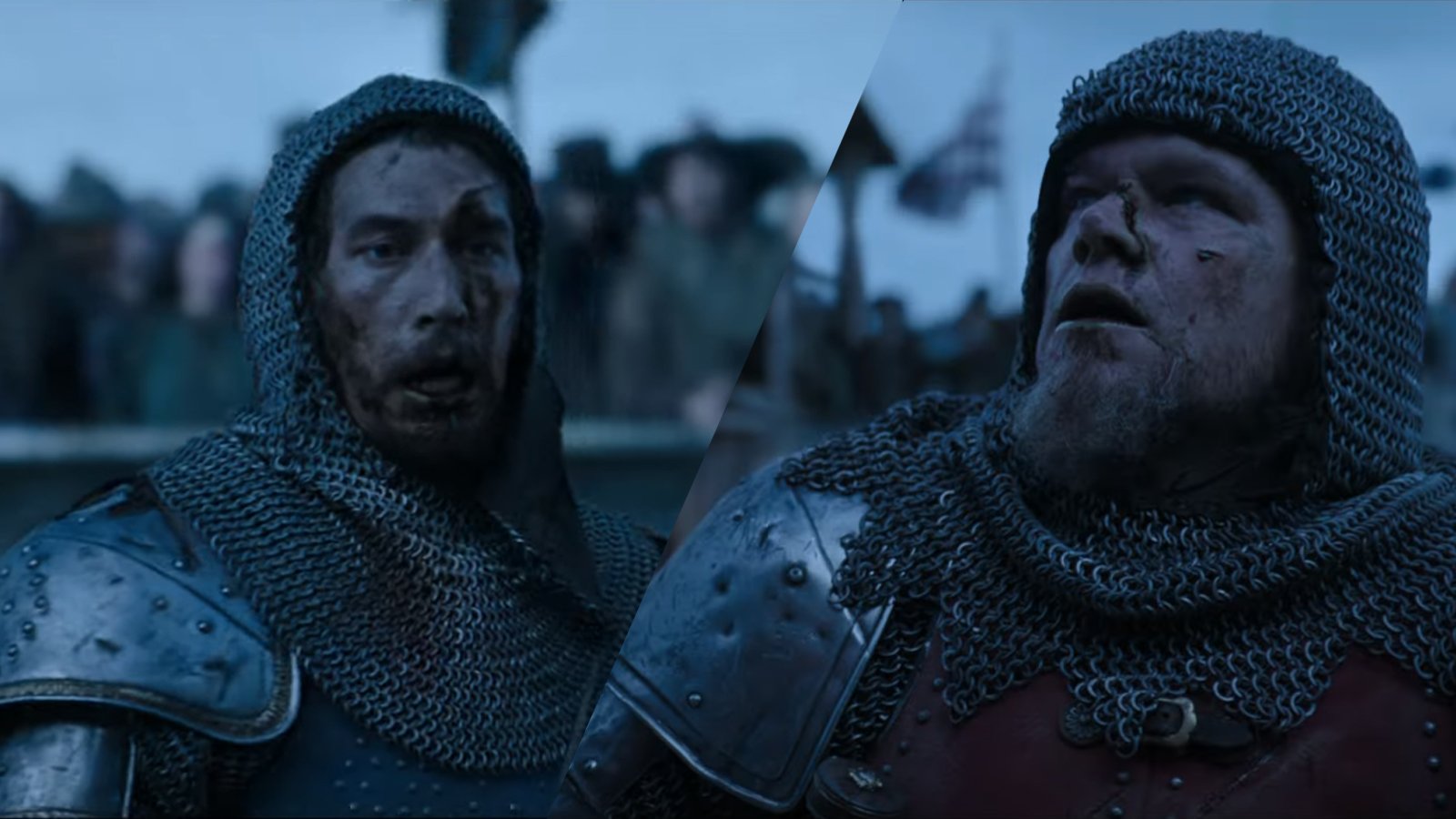 I do not share John Oliver’s enthusiasm for wanting to be physically pulverized by Adam Driver. That said, I do not doubt that he could probably snap me like a toothpick if he wanted to. If there is one guy who I am more than certain could kill someone with a sword in Hollywood, my money is on Adam “Kylo Ren was the only good part of the ‘Star Wars’ sequels” Douglas “Also was great on SNL” Driver!

Adam Driver just looks like the type of guy who could easily kill another guy with a sword and then pray over his body afterwards. I could see him pillaging Byzantium or besieging Antioch without even cracking so much as a smile (like a true crusader!). In other words, Adam Driver looks like a true medieval knight in the latest photo from the upcoming Ridley Scott film, “The Last Duel.”

If I were Matt Damon, I would be coming down with the black plague right about now. If you test positive for a deadly virus you can’t fight to the death right? I imagine their is some exchange of body fluids during a sword fight, so it can’t be safe. Either way, I would be keeping six feet between me and Adam Driver at all times when he has a sword in hand. You never know where he might want to drive it.