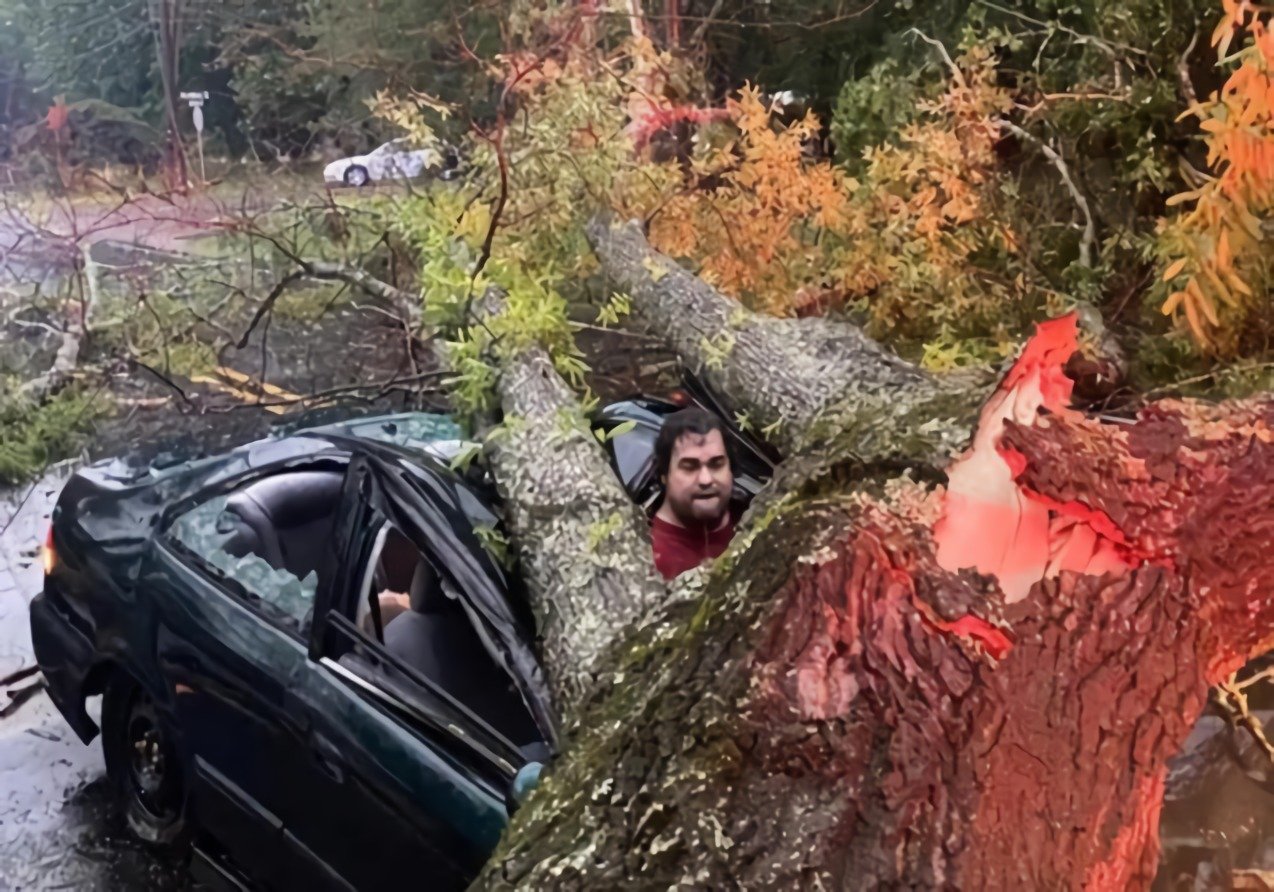 Alabama middle school teacher Henri Cheramie is akin to one of those folks who does a local news interview and goes viral, like Sweet Brown (Ain’t nobody got time for that!) or Antoine Dodson (Hide yo kids, hide yo wife!). Except this found nugget of gold is in print form.

Back in May, a lightning strike felled a massive oak tree on top of Cheramie’s car, crushing it. Cheramie, a stand-up comedian turned middle school history teacher and part-time comic book shop employee remained trapped inside, with his head and shoulders jutting out of the sunroof of his 1990 two-door Honda Civic.

According the the Beauregard Daily News, Cheramie had quite the glass-half-full outlook on the matter. Among the various hilarious takes he had to say, the following stand out:

And my first thought was ‘is this a Monday or a Tuesday because this is the Mondayest Tuesday ever.’

If my giant C-section baby head hadn’t gone through that sunroof, I don’t know where I’d be.

It’s my neck mostly that’s giving me trouble. I feel like I have to Batman it, you know when Michael Keaton would turn all stiff without turning his head.

However, it was the following quip that really caught my attention:

I see lightning just arc across the sky and hit a tree,” he said. “I lean a bit and go ‘did lightning just strike that’ and the next thing I know, half of my body is out of the sunroof and the top of the car is being weighed down by a giant branch that is bisected just where my face is. I felt like Buster Keaton.

Invoking Buster Keaton? Ahh, a fellow man of culture, I see. Because chances are the average Joe or Jill won’t have the slightest idea what Cheramie is talking about here. Yet for those in the know, IT’S BRILLIANT.

Keaton, of course, is one of the greatest comedic actors of all time. His stunt work and overall filmmaking completely broke the mold of Hollywood production during the silent era, raising the bar far beyond what anyone thought possible to put on celluloid.

The specific Buster Keaton sequence that Cheramie is referring to with his tree predicament can be seen in the following gif:

If that stunt had gone just slightly wrong, Keaton could’ve surely been crushed like an accordion. Surely Cheramie can unnervingly relate. Though for him to have such a presence of mind to make this connection, he’s clearly thinking more clearly than most of us could ourselves.

For those who may wish to help Cheramie, he’s launched a GoFundMe campaign to raise funds to “help hiring a good lawyer to sue the tree and sue the creators of Arbor Day.” He’s kidding, of course. But the funds will help get Cheramie back on his feet and back on the road. His fundraiser can be found HERE.

Advertisement. Scroll to continue reading.
In this article:Buster Keaton, Featured 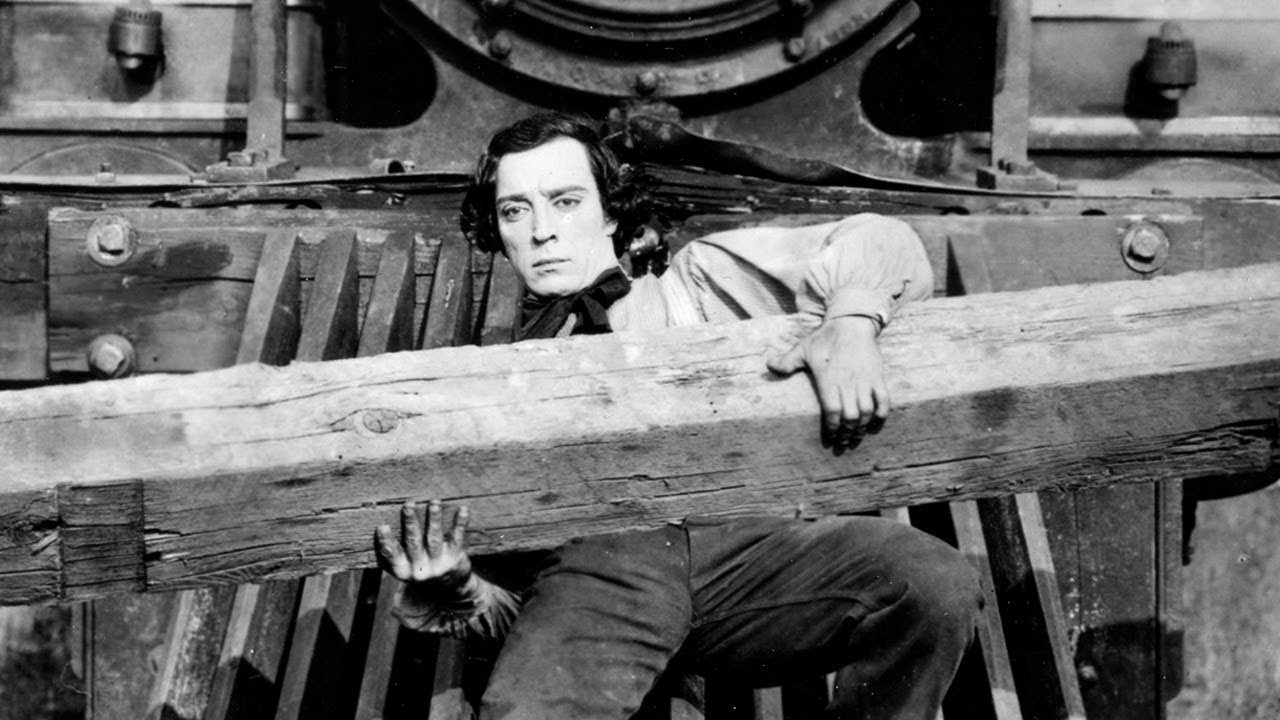 The silent era's king of stunts.