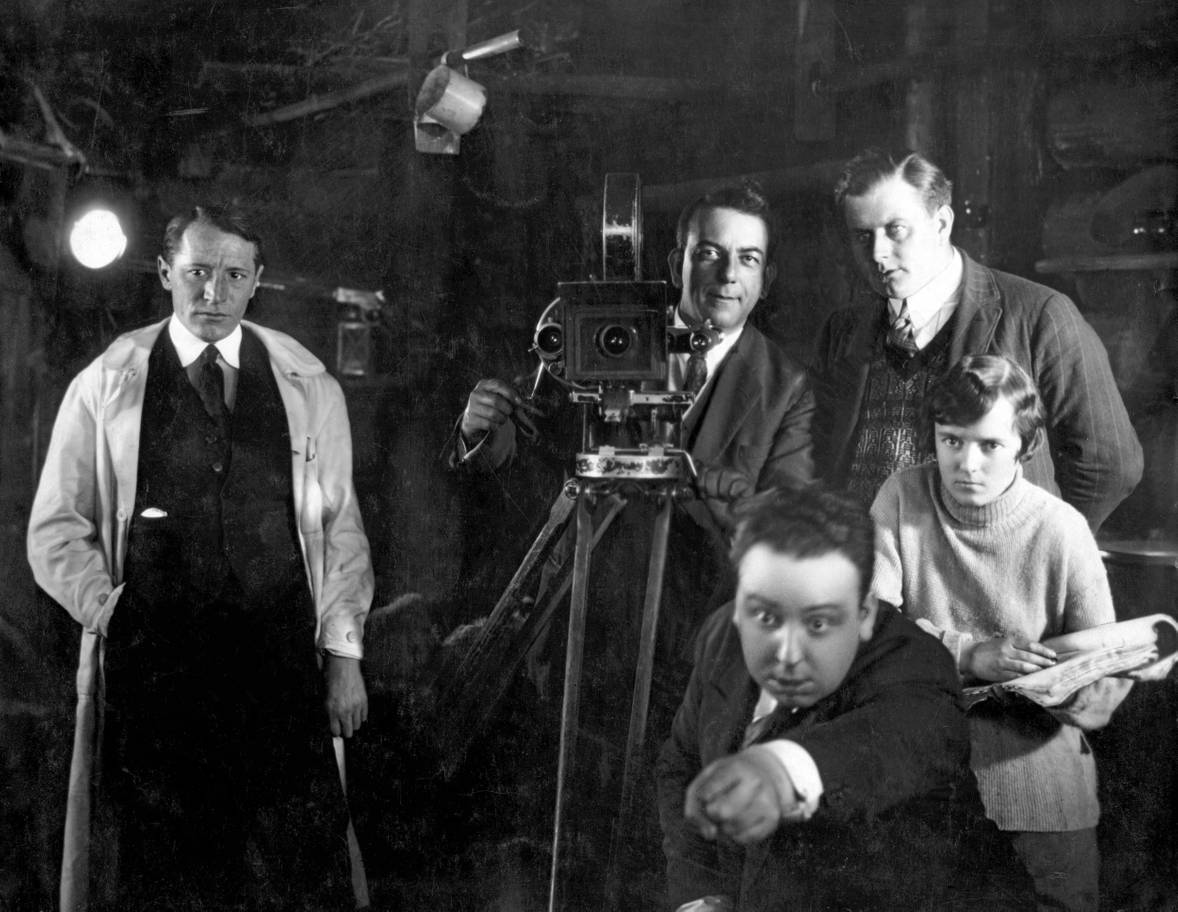 This might just look like any ordinary candid behind the scenes shot and most people won’t even know the significance of this old black and white photo. But for those who are avid fans of Alfred Hitchcock, you might recognize the master of suspense in the middle of the frame during his earliest filmmaking days, directing his second feature film “The Mountain Eagle.”

“The Mountain Eagle” stars Nita Naldi, Malcolm Keen, John F. Hamilton, and Bernhard Goetzke in a romantic melodrama set in Kentucky. According to Wikipedia, the film tells the story of a widower who jealously competes with his crippled son and a man he loathes over the affections of a schoolteacher.

If you haven’t heard of the film, it’s not your fault. That’s because “The Mountain Eagle” is the only feature film directed by Hitchcock that is considered a lost film, meaning that no prints of the film are known to exist, making it one of the most wanted silent films of all time.

Alfred Hitchcock made his directorial debut with “The Pleasure Garden” in 1925 and followed it with “The Mountain Eagle” one year later. But despite Alfred Hitchcock being the big name director that he is today, as a budding filmmaker, his first two films were deemed too uncommercial for release by the distributor. “The Mountain Eagle” was shelved after its initial screening for its British distributors in 1926, but positive reception for Hitchcock’s third film “The Lodger: A Story of the London Fog,” built a lot of interest around the director and the producers decided to release the film on May 23, 1927.

Hitchcock himself considered “The Mountain Eagle” to be mundane melodrama, and described the film to François Truffaut as “awful” and a “very bad movie.” Hitchcock stated that he was relieved that the film was lost. However, six surviving stills are reproduced in Truffaut’s book and since then, more stills have been located. In 2012, a set of 24 photographs were found in the archive of one of Hitchcock’s close friends. These images were taken on the set rather than being stills from the film itself, which means that this behind the scenes photo is one of few surviving artifacts of the film’s production.

Advertisement. Scroll to continue reading.
In this article:Alfred Hitchcock, Behind The Scenes, Featured, The Mountain Eagle