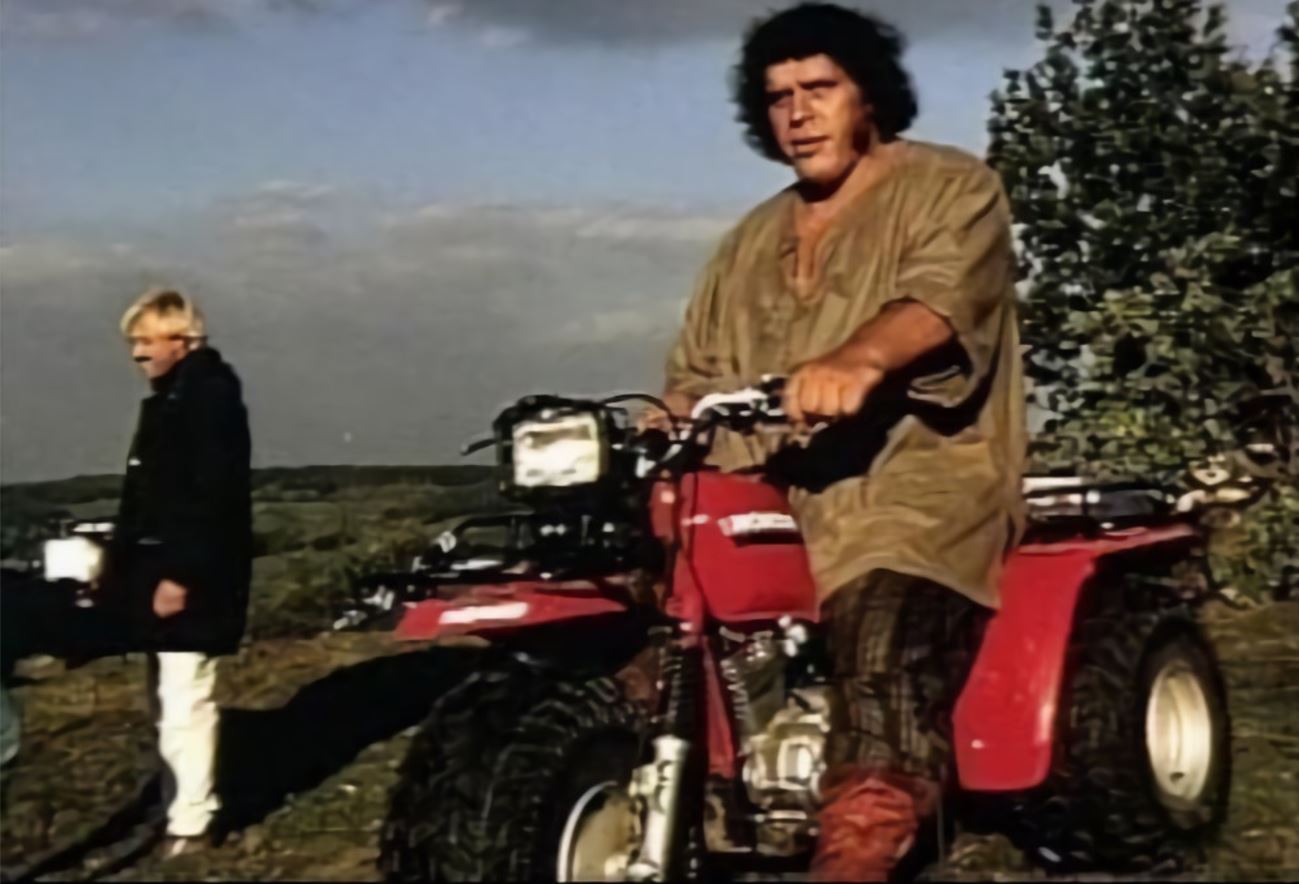 Andre the Giant was in rough shape while filming “The Princess Bride.” His immense size was simply getting the best of him, to the point where his back pain was so overwhelming he couldn’t even comfortably catch Robin Wright at the end of the movie. She had to be lowered via cables into the arms of Andre for the scene to work.

However, Andre took great pleasure in being part of the movie, just as he did tooling around between takes on his ATV. There was one casualty, however:

“(The fighting scene) was hard, and it really paid off. No one got injured doing that, thank God, but I broke my toe … not from the sword fight,” Elwes said, adding that it happened while he was “playing around” between scenes on co-star Andre the Giant’s all-terrain vehicle.

“It was terrifying, because I thought I’d be fired. It was like a week in (to filming), but Rob (Reiner) was very sweet about it. He moved our fight scene to the end of the film, so I had time to heal.”

Sure, the quality of this featured photo isn’t the best. But it’s the only version available on the internet and Andre is just too awesome to not write about it.