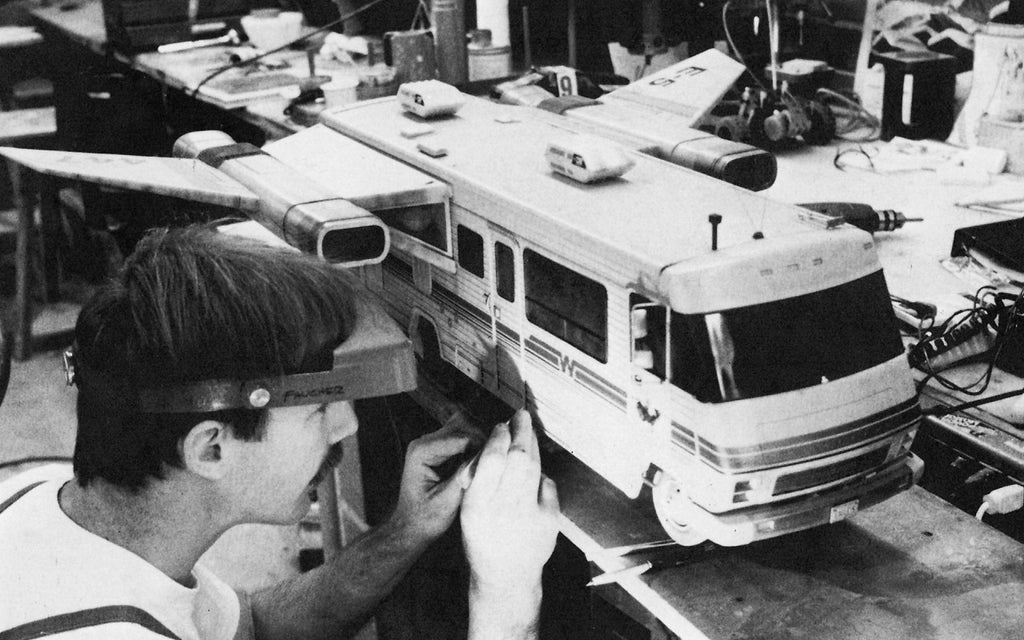 Check out this amazing behind-the-scenes model shop photo from 1987. Just a designer at Industrial Light and Magic putting the finishing touches on the Eagle 5 model for Mel Brooks’ classic comedy “Spaceballs.” Ain’t she a beaut?

The Eagle 5 is a 1986 Winnebago Chieftain 33 piloted by Lone Starr and Barf. The ship is a parody of the Millennium Falcon in Star Wars, of course, and strictly speaking not really even a ship at all, but simply a flying motor home.

Now get this: in 2017, the original 1/12th scale model seen in this photo was put up for auction. It reportedly sold for $28,000, but was later relisted as part of a later auction of Hollywood props. The current owner of the prop is unknown.

For such an iconic prop used in such an iconic film, $28,000 sounds like a steal and quite frankly I’m shocked it isn’t in Mel Brooks’ personal collection. Sure, it’s no model Millennium Falcon, but there are few–if any–other models or props used throughout “Spaceballs” that are as recognizable and synonymous with the film. Matter of fact, we here at Metaflix love it so much, it was one of our very first t-shirt designs (and still our favorite). Click HERE or on the photo below to shop.