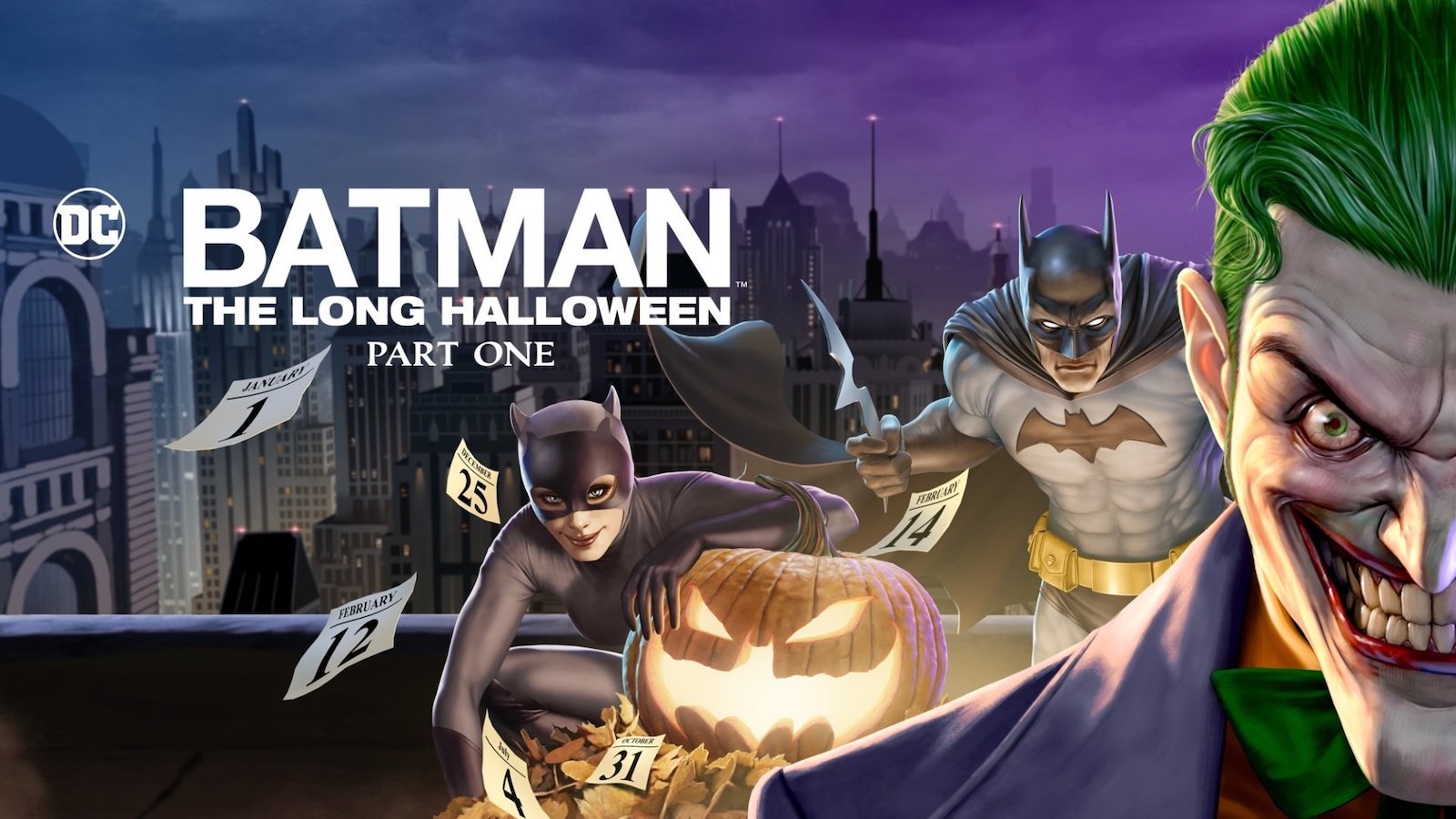 Jeph Loeb’s “Batman: The Long Halloween” is one of the most well-known iterations of The Dark Knight to date. The 13-issue comic book series tackling one of Batman’s most infamous murder mysteries and the subsequent origin story of Harvey Dent’s Two-Face has at long last been adapted as a direct-to-home animated feature film, which has been divided into two parts. As a fan of both the iconic hero and comic series, I’m glad to say I was not disappointed with the first part of this duology.

When it comes to DC animated films, their track record can best be described as hit or miss, especially when it comes to their adaptations. “Batman: Under the Red Hood,” an adaptation of the 1988 comic “A Death in the Family,” is acknowledged by fans as one of DC’s best.

On the other hand, adaptions like “Batman: The Killing Joke” and “Batman: Hush” have been met with criticism over their tampering with the source material, either by adding controversial scenes (Remember Batman and Batgirl? Yup.) or by completely altering the core plot (Remember The Riddler’s portrayal in “Batman: Hush?” Yup.) so it’s no surprise that I, like many fans, went into this with a ray of skepticism, as we’d been disappointed before.

Thankfully, however, what director Chris Palmer provided was a faithful, worthy adaptation of this legendary series, so let’s break this all down bit by bit to talk about what worked and what did not.

It’s clear that Palmer’s a fan of the series and wanted to pay homage to the legendary arch whilst also enhancing upon what he believed to be flaws in the original comic. The film’s opening crawl shows this by flashing images of Tim Sale’s revered artwork for the comic series. The flashes of iconic panels like Carmine Falcone holding a rose or Catwoman in her series-exclusive outfit are all ways in which Palmer subtly nudges, celebrates the original material.

Despite this, Palmer makes it clear he does not want his film to be a scene-by-scene straight adaptation, as he makes excellent use of the film’s runtime to add scenes with the intent of developing characters. Of note is one of Batman and Catwoman’s first interactions, what in the original comic was just a fight sequence with minimal dialogue, the film turned it into a chase sequence across Gotham City’s rooftops, with dialogue used to plant the seeds of their relationship, hinting to audiences their partnership and ability to confide in one another.

Palmer also makes it so that scenes hold just long enough to add sufficient tension or allow audiences to piece together the clues presented in said scenes and their connection to one another before revealing it to audiences themselves. This cannot be achieved as effectively in a comic, which has us reading at light speed, passing pages by to grab hold of the next chunk of information before moving on to the next thread. Palmer enhances the original material by using the medium to bring about a different viewing experience that could not have been realized in the original comic.

At least with Part 1, Palmer’s liberties regarding the source material have all been in the service of effective character development and smoother pacing. But, thus far, the story itself is still just as haunting, intriguing as the original comic.

Wow, was I blown away by this spectacular cast! Everyone brings their A-Game to the table and truly personifies their character as best they can. Jensen Ackles does a terrific job playing a younger, rougher Bruce Wayne at the start of his crime-fighting career. Though I have to say, through no fault of his own, the film doesn’t allow Ackles to play the part of the playboy philanthropist as much as I would have wanted him to. Though Batman takes up most of the screentime, Bruce Wayne does not, which was disappointing as I would have liked to see more to the other side of the vigilante.

Naya Rivera plays an incredible antihero as Selina Kyle’s Catwoman, and her chemistry with Batman is done incredible justice here. Needless to say, Troy Baker’s next round as The Clown Prince of Crime was, once again, haunting (in the best possible way). Though Baker’s Joker voice still draws parallels to Mark Hamill’s, I have to say that the more I hear Baker’s Joker, the more his voice manages to stand on its own.

Titus Welliver’s Carmine Falcone also stands out, as the notorious mob boss is at the crux of the entire investigation, giving more time to delve into his psyche and the fear he has of losing his empire as Gotham’s Police Department and District Attorney Harvey Dent close in on his operation. Between this and The Holiday Killer killing his friends and family, Welliver’s Falcone has a lot to deal with, and all is played incredibly. I also wanted to shout out Josh Duhamel’s Harvey Dent — he does a terrific job, and I can’t wait to see him in Part 2 as Two-Face begins to take hold and overpower the ambitious, noble DA.

The last bit I wanted to touch on was the film’s animation, and honestly, I don’t quite know how to feel about it yet. On the one hand, I think it’s clear that Palmer wanted to pay tribute to the comic through the use of the dark character outlines, as he wanted to make the film feel as close to reading an actual comic as possible. But, on the other hand, while I think it’s great, and to a certain extent, successfully does what it set out to do, I think I would have been fine with traditional animations.

For all its flaws, “Batman: Hush’s” animation is terrific. It pays homage to the comic with the recreation of its iconic panels but very much feels like a modernly animated film. Part 1 feels like a cut-out of an old “Batman: The Animated Series” episode that’s trying as hard as it can to look and feel like a comic. Again, it works, but I don’t think I was the biggest fan of this. Needless to say, it was Palmer’s vision, and it was executed quite well, so I can’t exactly discount it for this.

“Batman: The Long Halloween Part 1” feels like a breath of fresh air, and I would not be surprised if fans start exalting this film as the new standard. It’s an adaptation that enhances the flaws of the original comic series while taking advantage of the medium it’s presented in to make you interact and consume it in a way that would not have been possible as a straight comic series.

The changes to the plot are all in service of effective character development, and the voice acting/performances are all stellar. All in all, even if you have not read the original comic series, “Batman: The Long Halloween Part 1” is an adaption that’s a must-see for all fans of The Caped Crusader. For all of you that have already seen it and want more, here’s a trailer for “Batman: The Long Halloween Part 2.”