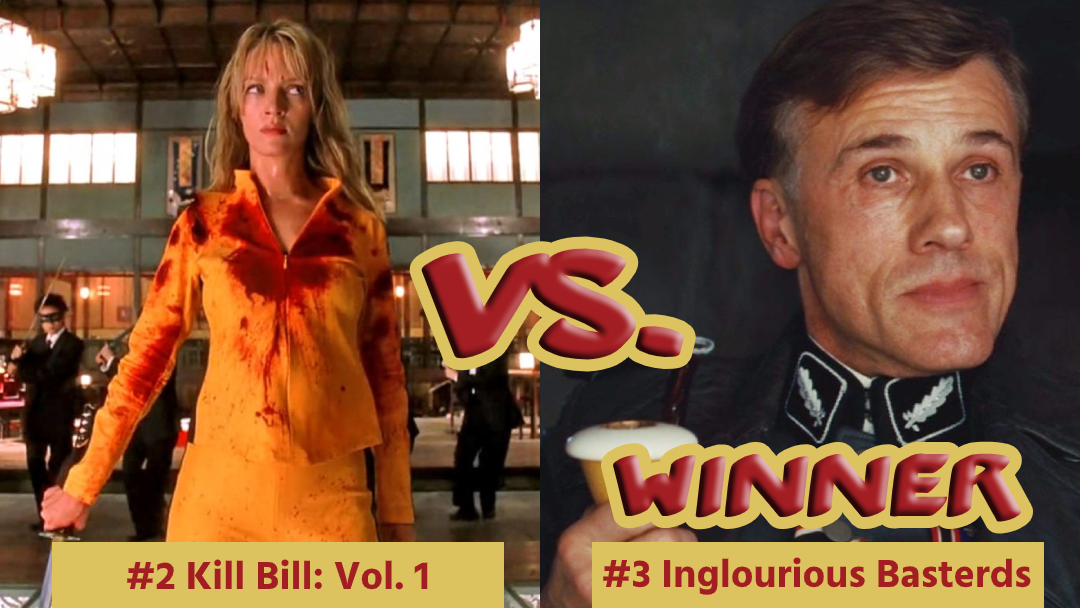 We’re coming off a hot election season and everyone is now intimately familiar with how much YOUR VOTE COUNTS. Perhaps Metaflix’s ongoing Battle Royale with Cheese tournament pitting all of Quentin Tarantino’s films against one another isn’t quite as important as the contest that recently determined the next president of the United States, but it’s real to me damnit!

Early in the polling, “Kill Bill: Vol. 1” was running pretty much neck and neck with “Inglourious Basterds,” 55% to 65%, giving legitimacy to their respective #2 and #3 seeds. However, time was on the side of “Inglourious Basterds,” and the longer the poll went on, the more the scales tipped in The Basterds favor. Ultimately, Quentin Tarantino’s beloved 2009 World War II film escaped with the semifinal win by a margin of 59% to 41%.

Of course, any effort such as this wouldn’t be complete if there wasn’t a whole lot of bitching and moaning about it on social media. Most are whining about the seeding, as if “Inglourious Basterds” as a #3 seed and “Kill Bill: Vol. 1” as a #2 seed is completely outta whack. However, any sports fan knows that #3 seeds beat #2 seeds all the time, and while a 59% to 41% victory is decisive, it also isn’t exactly a blowout.

So there you have it, the BATTLE ROYALE With CHEESE final matchup is set for this upcoming Thursday with #1 seed “Pulp Fiction” battling #3 seed “Inglourious Basterds.” Talk about a thrilling contest!

Wanna vote? Head to any of our social media platforms on Thursday, or better yet head there right now via the links below and throw us a follow. It means the world to us!