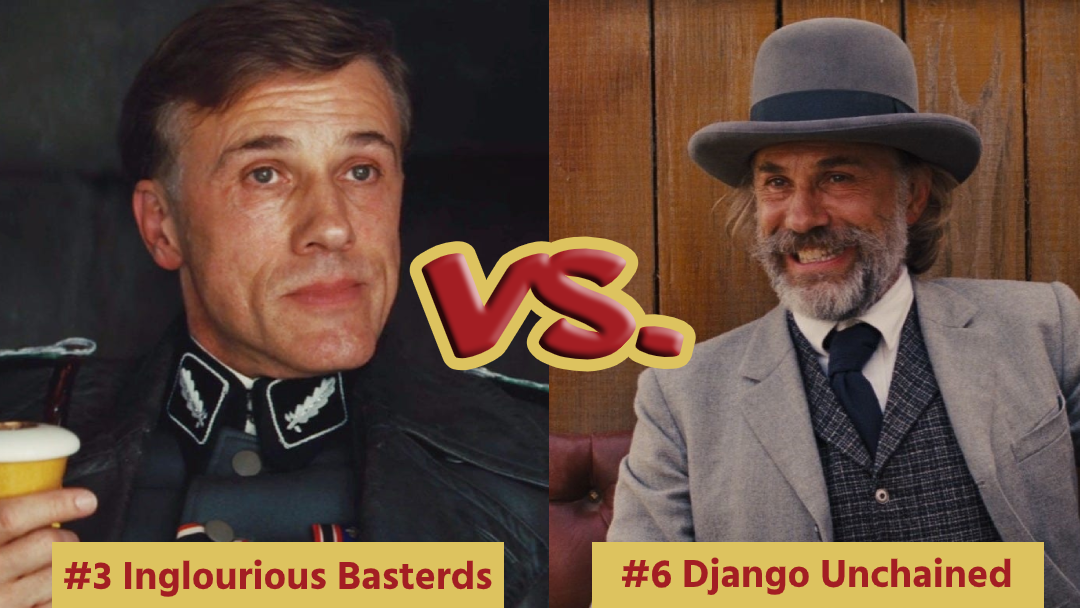 The result was far more of a blowout than anticipated. Relatively speaking, is “Reservoir Dogs” that beloved? Is “Kill Bill 2” that weak? I suppose so. Now “Reservoir Dogs” moves onto the semifinals against #1 seed “Pulp Fiction.”

This week in the final quarterfinal matchup, #3 seed “Inglourious Basterds” takes on #5 seed “Django Unchained.” The former is widely considered one of QT’s best works, so everyone is (rightly) expecting the film to emerge victorious. The latter, however, is certainly one of QT’s most mainstream films and one of his highest grossing box office productions. It’ll be interesting to see which film edges out a win.