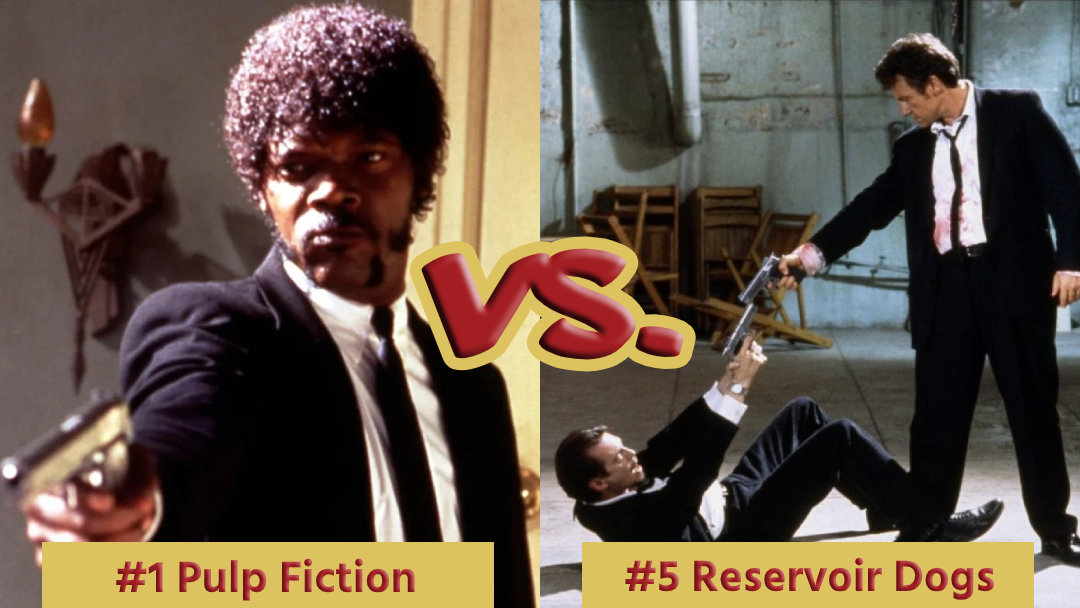 This week in the first semifinal matchup, #1 seed “Pulp Fiction” takes on #5 seed “Reservoir Dogs.” The former is widely considered QT’s best work, so everyone is (rightly) expecting the film to emerge victorious. The latter, however, is certainly one of QT’s most beloved films–and the one that started it all–so it’ll be interesting to see the final tally looks like.