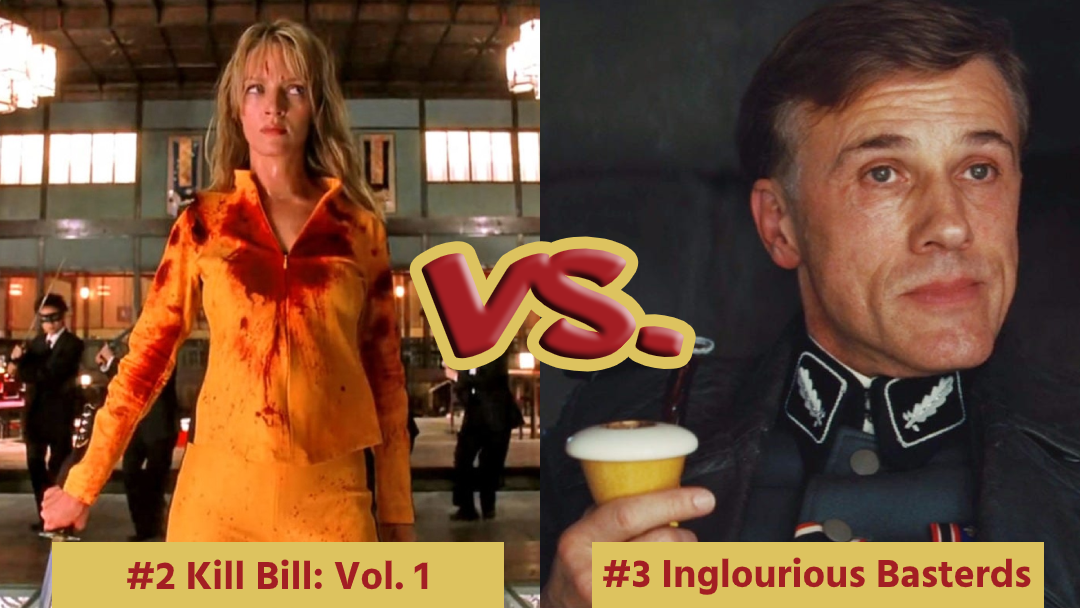 Despite some early competitiveness, the result largely followed expectations, with “Pulp Fiction” being considered QT’s seminal piece of work. Now we’ll see if it can continue its dominance and reign supreme in the finals.

This week in the second semifinal matchup, #2 seed “Kill Bill: Vol. 1” takes on #3 seed “Inglourious Basterds.” It’s a matchup I’ve personally been waiting to see since this all began. The former is widely considered QT’s second or third-best piece of overall filmmaking. The latter, however, features one of the greatest opening sequences ever written along with a powerhouse plot and sublime performances that carry the film all the way through to the end. Needless to say, it’ll be interesting to see what the final tally looks like.

Want to know the seeding and how we arrived at this point? Check out the graphic below, though it may be hard to read. Apologies as there’s limited options for creating brackets such as this: