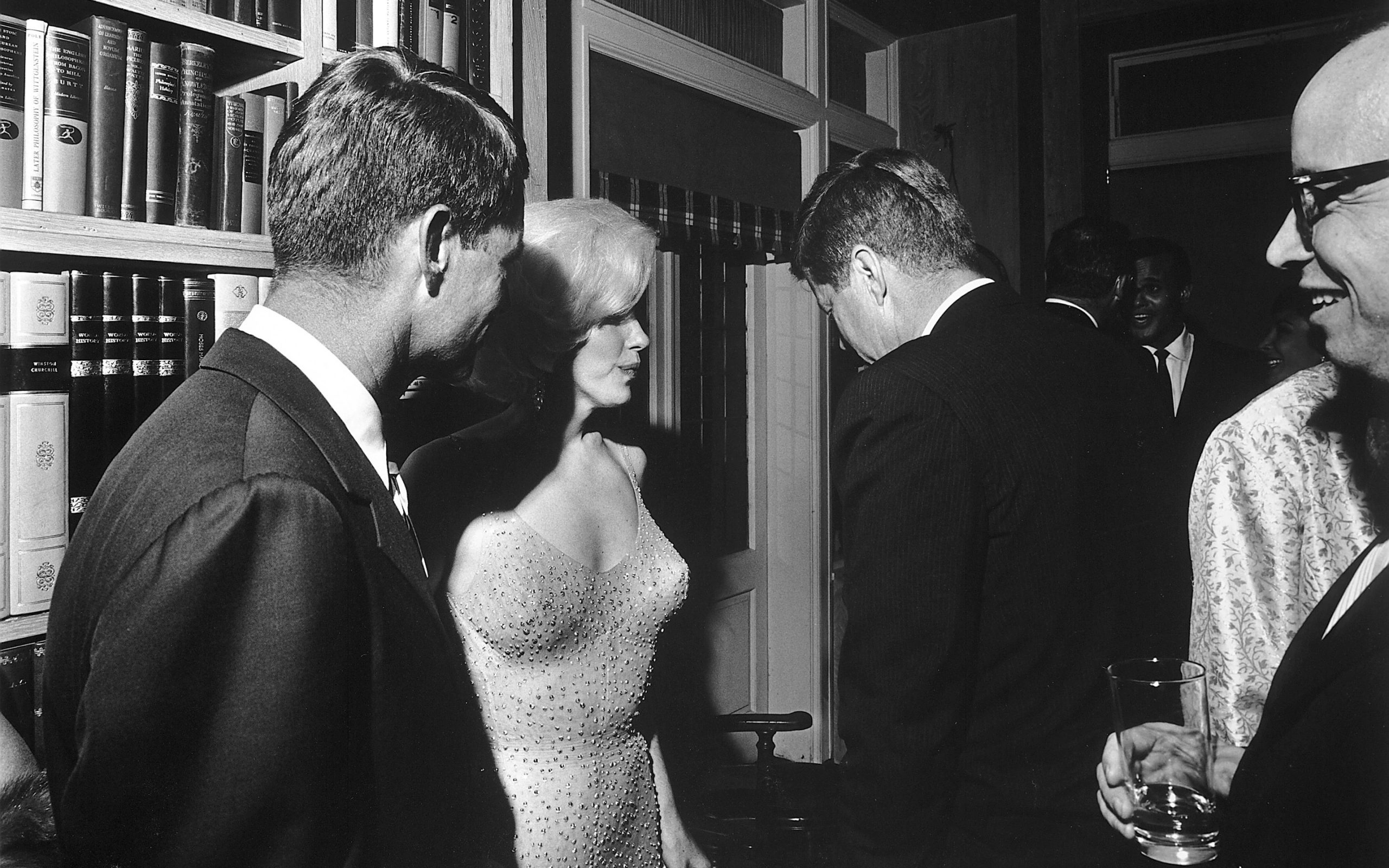 On May 19, 1962, one of the most iconic moments in American culture took place at New York’s Madison Square Garden. Thousands gathered for an event that doubled as a fundraising gala for the Democratic Party as well as President John F. Kennedy’s early birthday celebration. Actor Peter Lawford, who was the designated emcee, stood anxiously in front of a crowd of more than 15,000 as he attempted to call to stage the event’s headline performer, Marilyn Monroe. After being introduced three times, Monroe finally shimmied on stage in a dazzling skin-tight dress that left the crowd in awe. Underneath the spotlight, she released her seductive rendition of “Happy Birthday” to president Kennedy.

Later that night, Marilyn Monroe, President John F. Kennedy, as well as his brother and U.S. Attorney General, Robert F. Kennedy attended a private after party at a Manhattan Townhouse. It was there that the rare photograph was snapped by official White House photographer Cecil Soughto. In the photo, Marilyn Monroe is seen standing between the two Kennedy brothers with Robert F. Kennedy on the far left and President John F. Kennedy with his back to the camera. The shot is said to be the only known photograph with the three together.

Prior to both the birthday performance and the after party photo, Monroe and the president had been rumored to be having an affair. It was also speculated that Monroe was involved with Robert F. Kennedy as well. Naturally, Monroe’s sultry performance only added oil to the fire and the media ate it up.

This photograph, released in 2010, years after Marilyn Monroe, John F. Kennedy, and Robert Kennedy’s tragic deaths, still leaves open questions and unanswered speculations. But there’s no denying that this is a rare glimpse into the lives of some of the most influential and powerful figures of that era.