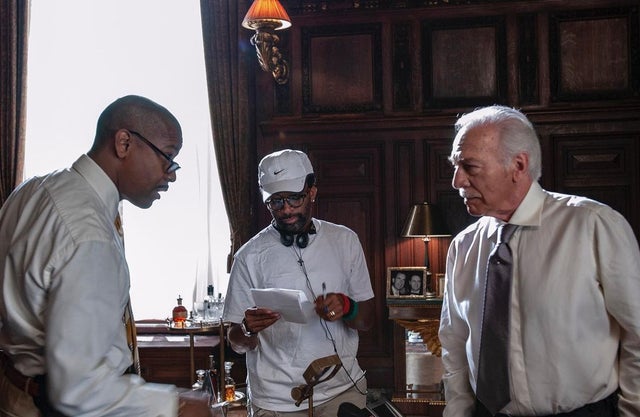 Spike Lee is one of the most respected directors in film history. Revered for his commentary on race relations in movies like “Do the Right Thing,” “BlacKkKlansman,” and his most recent film “Da 5 Bloods,” Lee is as much an activist as he is an auteur. However, in 2006 he released “Inside Man,” a crime movie that differs from Lee’s other films in both its genre and style and a film often forgotten when recounting the Spike Lee movie cannon. Which is unfortunate, because it’s actually a damn good movie.

Full disclosure, I’m writing under a bit of bias. I’m an avid lover of heist movies and can often look past other aspects of a film as long as the caper is fleshed out well (I stand for “Den of Thieves”). That being said, “Inside Man” indisputably belongs in the upper echelon of heist films and easily rivals the likes of films like “Ocean’s Eleven” and “Heat.” Here’s why.

First off, the heist itself is phenomenal. At first it just seems like a typical bank robbery, but as the film twists and turns from act to act, we begin to see that there’s more to this crime than what meets the idea. Of course, this film isn’t without its clichés. There’s of course a correspondence between the bank robbers and the police throughout the heist, which is extremely helpful in telling an otherwise confusing plot relatively clearly. The communication between law and outlaw primarily involves Spike Lee regular Denzel Washington as the lead detective and the effervescent Clive Owen as the alpha bank robber. This brings me to my second point – the dynamite cast.

As previously mentioned, Denzel Washington and Clive Owen perform the two leading roles. Both men are at the top of their game, particularly Denzel, whose almost playing the antithesis to his Alonzo character in “Training Day.” The supporting cast is also loaded, including Willem Dafoe, Jodie Foster, Christopher Plummer, and even Chiwetel Ejiofor, the longtime nemesis of spell check.

But despite all this, it’s Lee’s direction that stands out. It’s less overt than some of his other films and there’s only one signature Spike dolly shot. Yet the film, in my opinion, flows better than some of his other joints, perhaps due to a narrative arc relying less on cutting commentary and more on a very rigid plot structure – act 1 is the set up, act 2 is the heist, and act 3 is the aftermath. All three chapters are cohesive and it leads to a great movie.

If it were up to me, every respected director would direct a heist movie. Imagine David Fincher helming the modern equivalent to “Heat.” Or Ryan Coogler adapting Michael Connelly’s “A Void Moon” into a movie. Or Noah Baumbach – actually, I’m good without that.

My point is “Inside Man” is an underrated movie and you should go watch it. Now. Before Clive Owen steals your television.