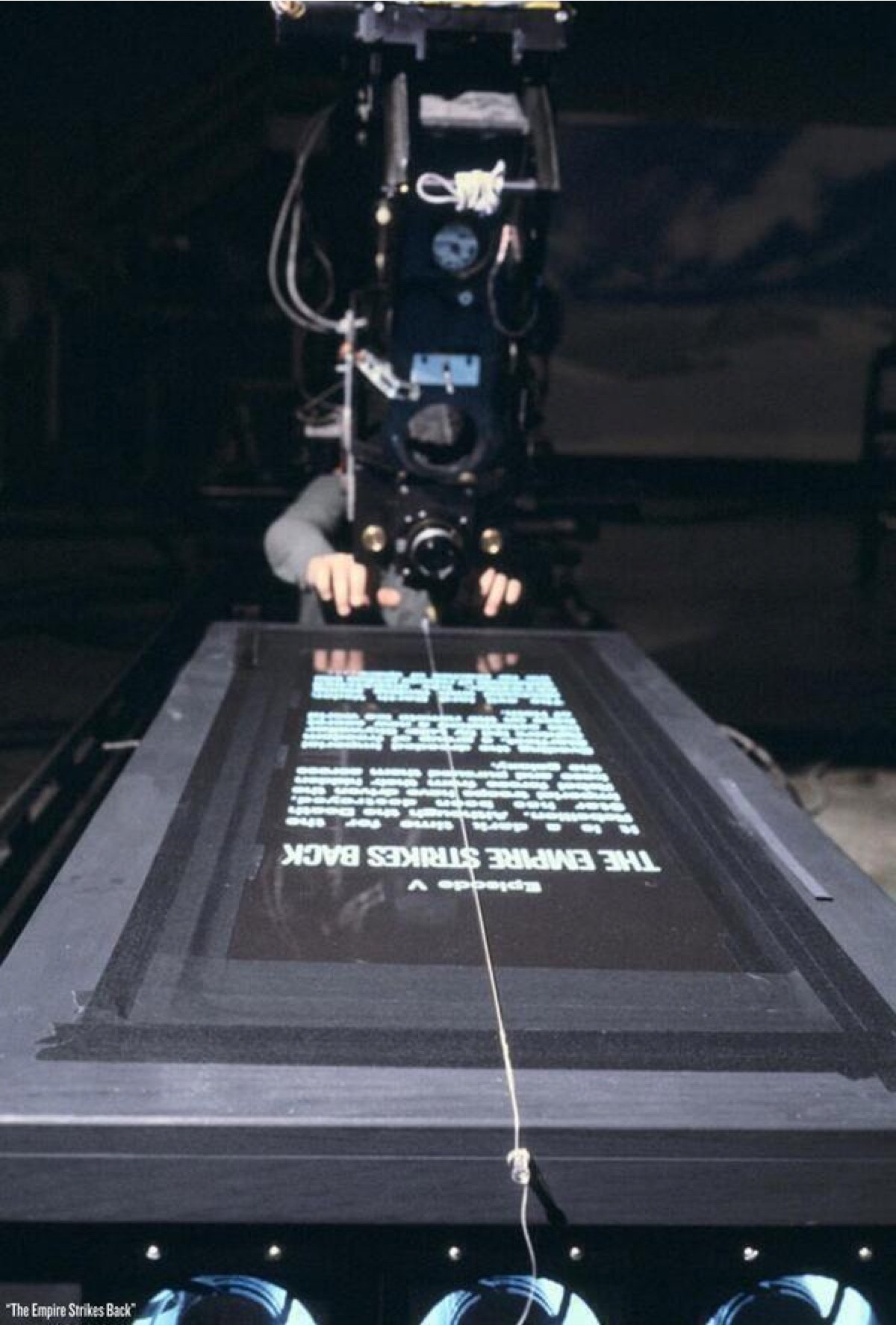 “A vast sea of stars serves as the backdrop for the main title. War drums echo through the heavens as a rollup slowly crawls into infinity …” This is how George Lucas described the Star Wars opening title in his original screenplay.

If you’re a fan of the Star Wars universe, you’ll know that each film of the series begins with blue text, “A long time ago in a galaxy far, far away….” followed by the retreating Star Wars logo. But perhaps the most iconic and easily recognizable device for the Star Wars series is the opening crawl, and you don’t have to be a fan of the franchise to know this.

The opening crawl of Star Wars has become a signature device for the Star Wars films since the release of the first film of the series “Star Wars: Episode IV – A New Hope.” Since then, the famous text crawl has been imitated and parodied countless times. But although the text appears briefly and effortlessly in all the films, a lot of work actually went into making the original versions of it.

Before the days of CGI, everything had to be done with practical effects and the seemingly futuristic opening crawl of the Star Wars films also had to follow this old school process. According to Dennis Muren, who worked on the first six films, the opening crawls of the original trilogy films were accomplished by filming physical models laid out on the floor. The crawl effect was accomplished by the camera moving longitudinally along the model, but it was difficult and time-consuming as it would require great precision to achieve the smooth scrolling effect.

In this behind the scenes photo, you can see a small glimpse into the meticulous and time consuming process needed to achieve the flawless opening crawl for “Star Wars: Episode V – The Empire Strikes Back.” Although it has become a lot easier and faster to achieve the iconic crawl with the emergence of computer generated images, it’s still pretty interesting to see the amount of effort that went into something that could be so easily done with CGI nowadays.