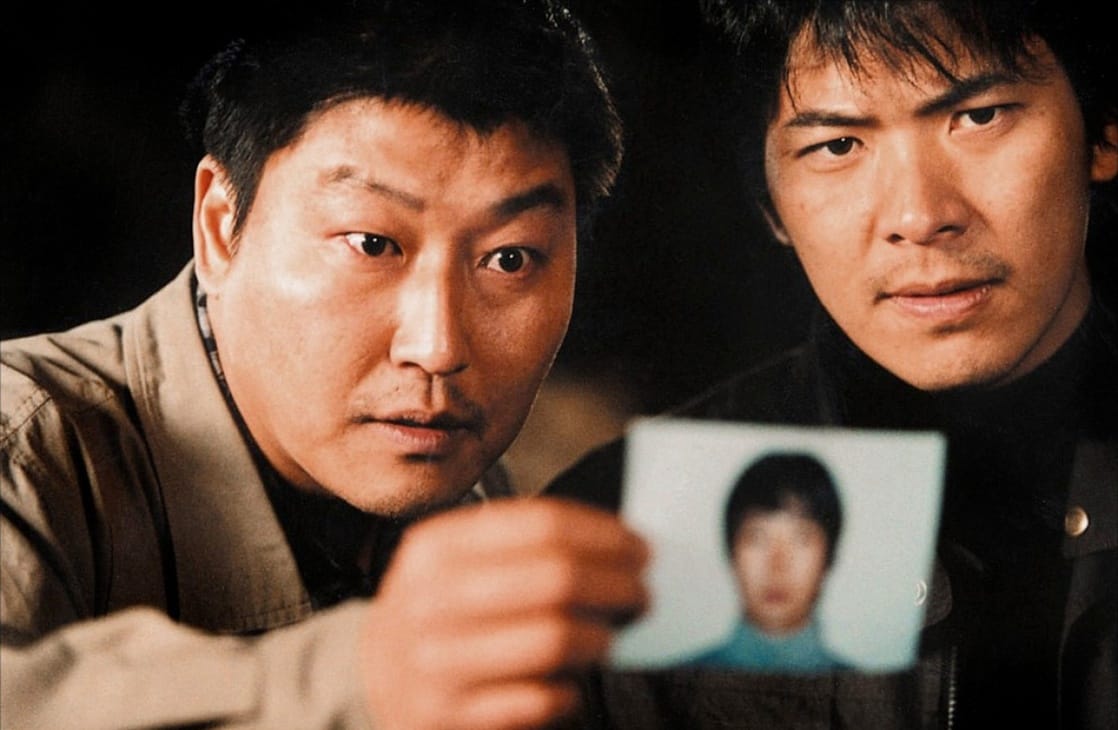 After winning multiple awards and gaining international recognition for his film “Parasite,” director Bong Joon Ho follows up by re-releasing his 2003 classic “Memories of Murder” to U.S. theaters. Bong Joon Ho may seem like a relatively new name to mainstream U.S. audiences, but he has been making feature films in Korea since 1997, and many consider his crime-drama film “Memories of Murder” to be the director’s masterpiece. NEON, the company that distributed award-winning “Parasite,” is releasing a digitally re-mastered version of Bong Joon Ho’s film to select U.S. theaters for a special two night only event on October 19 and October 20. The screenings will also include additional content and feature a conversation between Bong Joon Ho and “Baby Driver” director Edgar Wright. After the theatrical release, the Criterion Collection is also set to release a new special edition of the film on Blu-ray later this year.

“The film tells the harrowing true story of the hunt for a sadistic serial rapist and murderer terrorizing a small province in 1980s South Korea. Marking the first of many successful collaborations between four-time Oscar winner Bong Joon Ho and leading man Song Kang Ho, the film follows the paths of three increasingly desperate detectives as they attempt to decipher the violent mind of a killer in a futile effort to solve the case.”

“[This] case is an intertwined web of tragedy and black comedy — the eerie comedy that blooms within the air during the most absurd of times. The film is an uncanny, yet natural, mixture of horror and comedy because we were truly living in such times…I once threw my entire body and soul to create this film, and now my eyes are on how this film will plow through the long tunnel of time as it greets a new chapter in the fall of 2020 in the U.S.”

The film is especially relevant now as new information has surfaced on the Hwaseong serial murders that the film was inspired by. At the time of the movie’s production and initial release, the crime story was still a mystery. But just recently last year, 57-year-old Lee Choon-jae admitted to being the serial killer that terrorized the small province of Hwaseong.  This recent discovery makes Bong Joon-ho’s film an even more gripping and complex watch for this upcoming month.

Check out the new trailer released by NEON below.