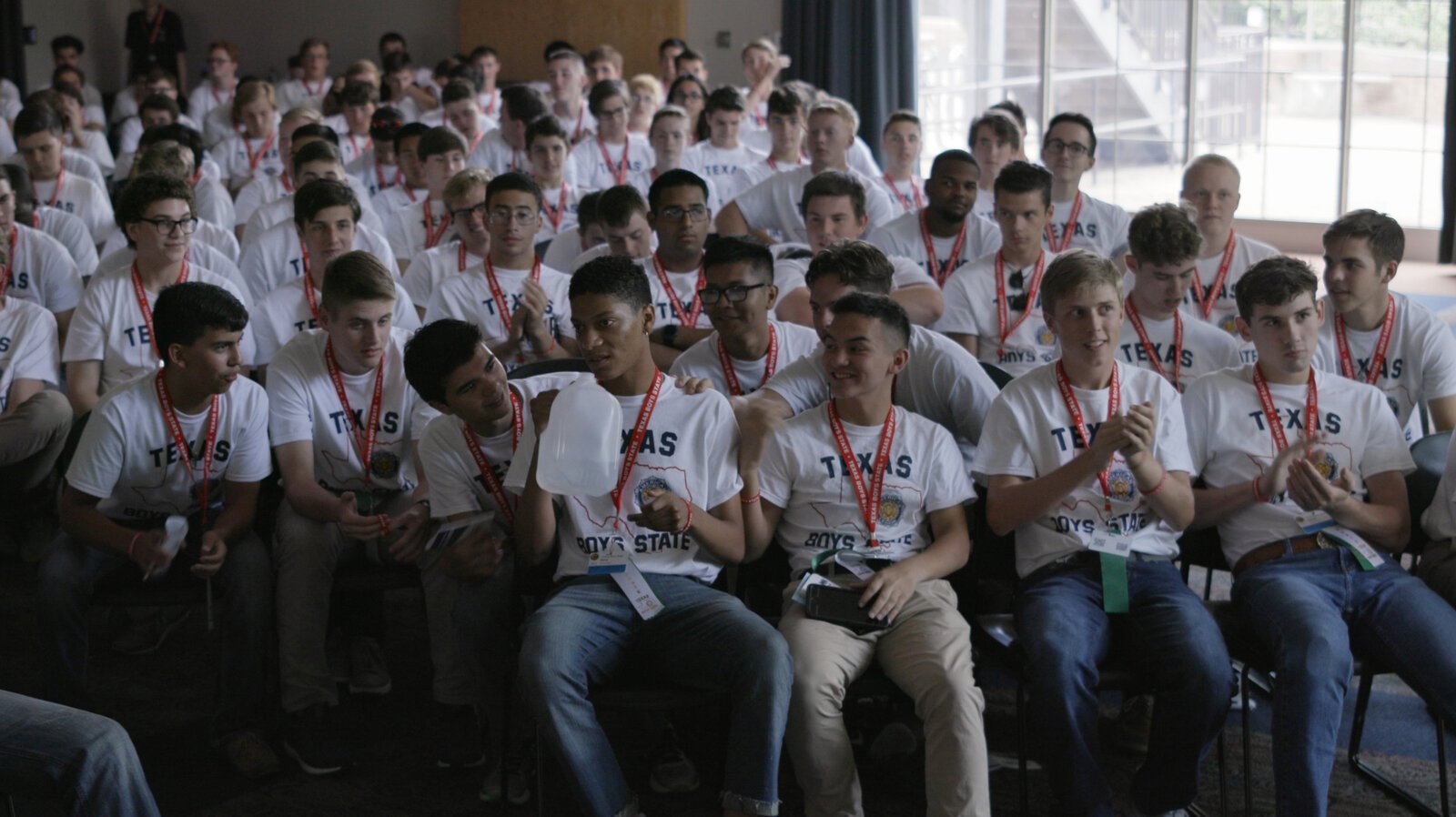 Every year, the American Legion holds Boys State, a week-long exercise trial in self-governance through a simulated state government election. 1200 high school students are selected for the program and are split into two different political parties upon arrival. Each party runs political campaigns for individual positions, culminating in a thrilling governor race between the two parties. Directors Amanda McBaine and Jesse Moss documented the event in their 2020 documentary, “Boys State,” and the A24 produced film is, in my opinion, the most compelling documentary of the year.

Politics is a competition. There are two, maybe three sides, and citizens root for a single individual the same way they would root for a single team. “Boys State” highlights four different members of the Texas regional event, following their rise in the simulated election. Each character’s role in of “Boys State” is fascinating, captivating, and at times, heartbreaking and the intrigue of the film doesn’t come from the political simulation itself, but rather the people populating it.

The amalgamation of highly intellectual political discourse with the emotional fervor of Southern teenage boys is enthralling. It’s faux politics, and the kids are participating not so much in social civics but rather a form of theater. They deliver rousing speeches, deface each other online, ask for signatures in exchange for Instagram follows. Contemporary politics and the democratic system has never been stripped down, and the film is beautiful in its portrayal of how this country operates at the most basic level.

That being said, this film is set in Texas. Most of the fellas at Boys State are white, straight, nationalistic conservatives. It’s a startling view at a corner of the United States, and if you hail from a primarily liberal background like myself, the film is a bit eye-opening. Two of the characters, Steven Garza and René Otero, are minorities, both in their ethnicity and in their policies. René is an outspoken progressive, and despite being elected State Chair, receives racially charged criticism for his viewpoints. Garza is a governor candidate, and must restrain his liberal ideologies in order to appeal to the masses.

An interpretation of “Boys State” as a reflection of this country is dependent on a glass half-full, glass-half empty mentality. On one hand, people like Garza and Otero showcase a future political sphere led by brilliant individuals, easing any worries that the civility of civil discourse is a dying art in young generations. However, much of “Boys State” is as one kids calls it, a “d*ck measuring contest.” And while it’s hard to call current politics a popularity contest, the rise of Donald Trump proved that a majority of the country could forgo the political side of politics for the circus. But regardless of where you land, “Boys State” is a wildly entertaining character study on the future of the United States.

The film is currently streaming on Apple TV+