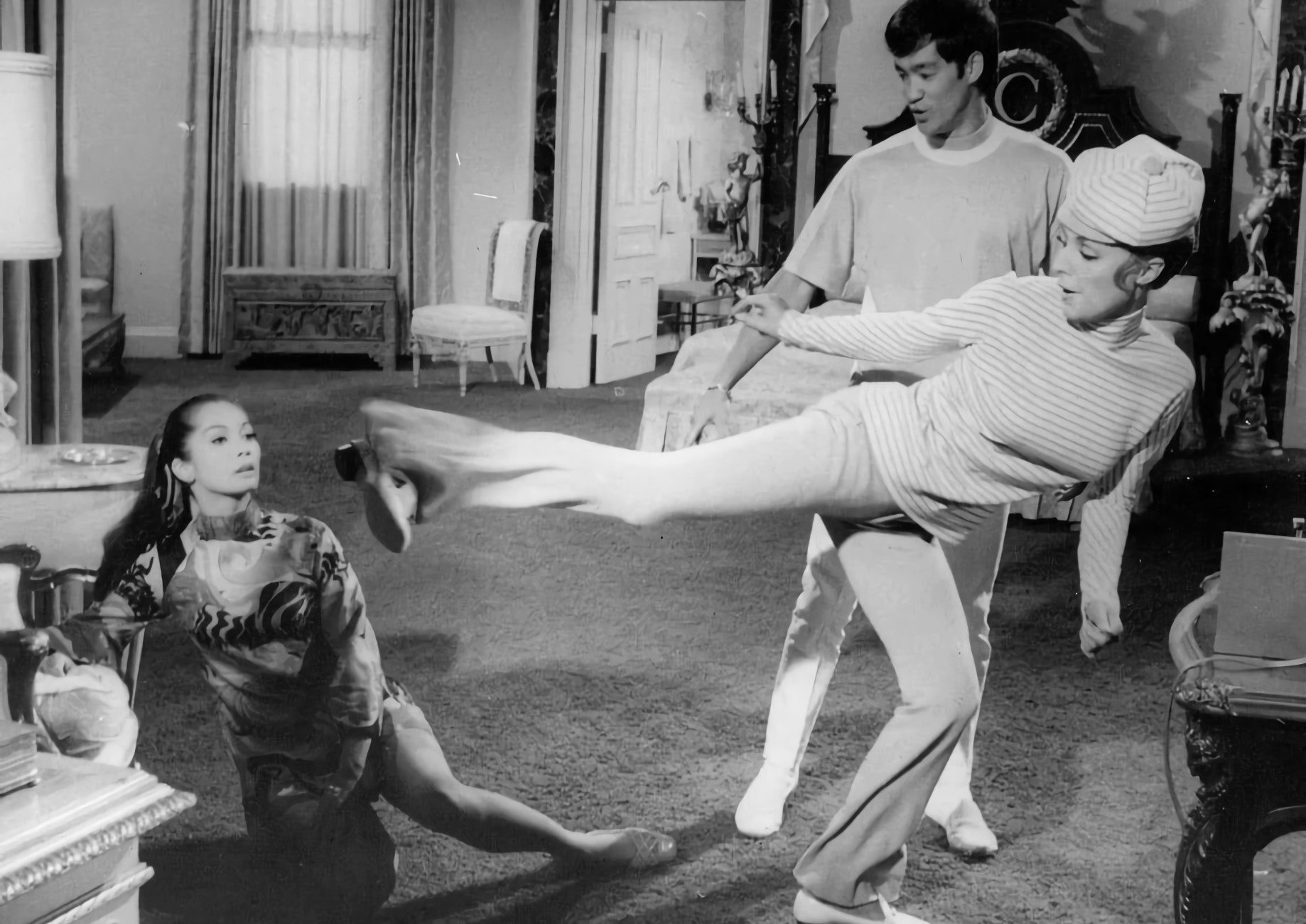 Now you may see all this and say “Sounds like a Quentin Tarantino movie!” Guess what? You’re not far off!

“The Wrecking Crew” stars Tate, Kwan, and Dean Martin in a karate caper in which a top U.S. agent is sent out to recover $1 billion-worth of stolen gold.

Bruce Lee served as the “karate adviser” on the flick which accounts for the photo. But if you haven’t seen the movie and search through clips, you’ll instantly recognize a scene from recent memory.

That’s why in “Once Upon a Time in Hollywood” we see Sharon Tate, played by Margot Robbie, going to the theater to watch her own movie (and the real Sharon Tate), which just so happens to be “The Wrecking Crew.”

Check out the relevant photo above and clip below.

In this article:Bruce Lee, Featured, Nancy Kwan, Once Upon a Time In Hollywood, Quentin Tarantino, Sharon Tate