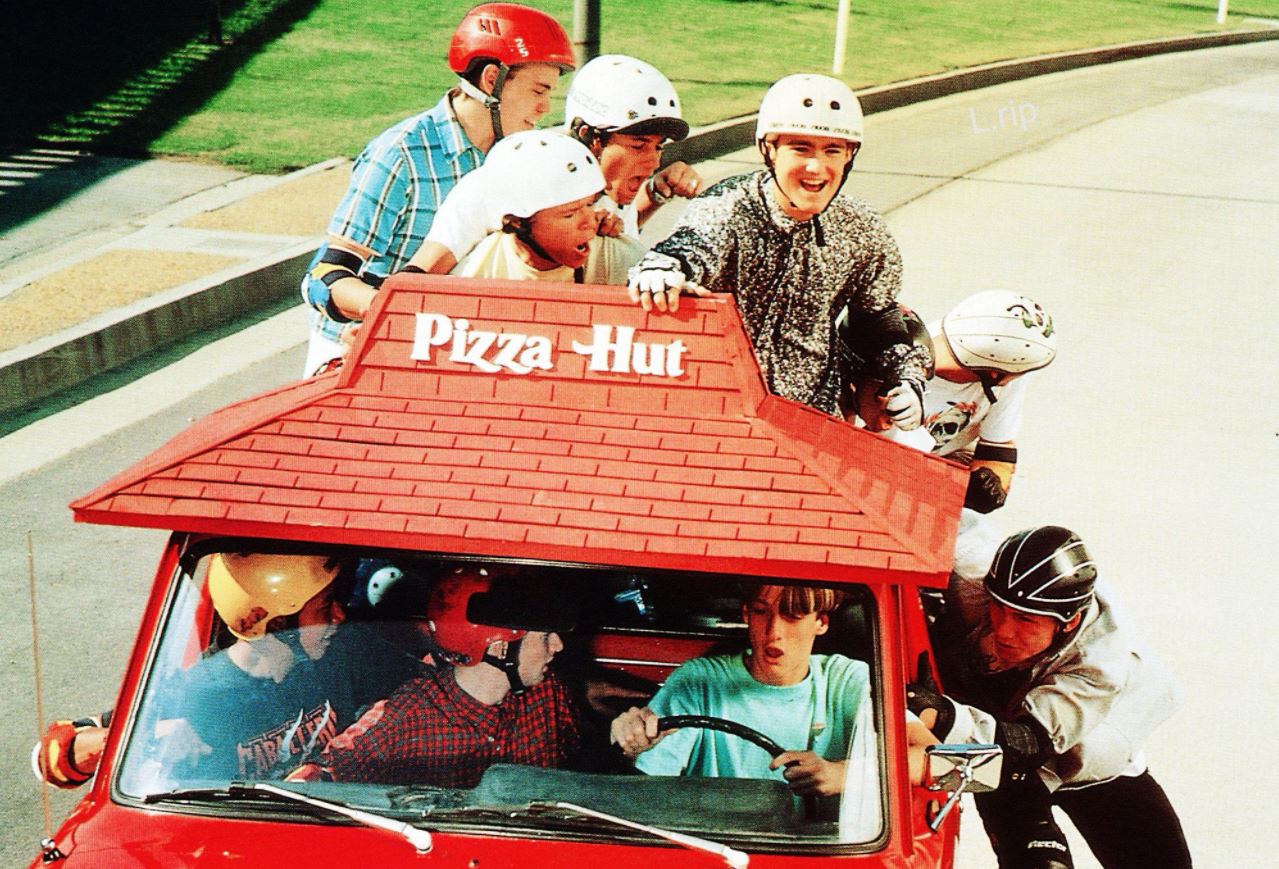 The Tokyo Olympics kicked off last week to tepid fanfare, what with all that pandemic business mucking up the quadrennial celebration of international sport. One of the first events to garner widespread headlines was the women’s street skateboarding competition, in which 13-year-old Momiji Nishiya became one of the youngest gold medal winners ever.

Everybody has that one movie when they were a kid that seemingly came out of nowhere and became a fixture in their lives. For me, it was 1989’s “Gleaming the Cube.” The cast is incredible, starring everybody from Christian Slater in his most Slater-esque of roles to Steven Bauer, who commands every second he’s ever on screen, no matter the character.

“Gleaming the Cube” is the prototypical ’80s flick in which the story was no more complicated than good guys versus bad guys with all sorts of radical action.

Did I mention “Gleaming the Cube” also features a young Tony Hawk, the greatest skateboarder in the history of skateboarding?

There’s a simple equation behind the way this list is compiled: skateboarding flick + Tony Hawk = one of the greatest skateboarding movies of all time. Basic as that, really.

Oh yeah, and if Hawk’s presence alone isn’t enough to make “Gleaming the Cube” awesome, he drives around in a Pizza Hut delivery truck with a roof that’s shaped just like a Pizza Hut restaurant. Maximum radicalness.

The ’80s were a far simpler time in American life. Far less politically correct, too. Every ’80s movie seemingly had two things: babes with bodacious boobs flapping all over the place and an Asian guy who needed to be rescued.

Why? No idea. I was just a kid. Just like kids these days are going to look back 30 years from now wondering why BTS and Tik Tok were ever a thing.

But from a pure sociological perspective, “Gleaming the Cube” is a fascinating time capsule of ’80s culture.

Look, if we’re talking pure skateboarding mechanics, then “Gleaming the Cube” is the movie to beat. You think that was actually Christian Slater on that board doing all those tricks? Nope. It was Rodney Mullen, the most influential street skater in the history of the sport.

The dude lives as though he flew out of his mom’s birth canal riding a skateboard. Just look at this line from his Wikipedia page:

“[Mullen is] credited for inventing numerous tricks, including the flatground ollie, kickflip, heelflip, impossible, and 360-flip. As a result, he has been called the ‘Godfather of Street Skateboarding.’”

No scene of my childhood sent chills down my spine than the game of chicken between the baddie in the police cruiser and Tony Hawk in the Pizza Hut truck. The drama, the tension … my stomach would get twisted into a knot every time.

Let’s not forget the awesome chase that ensues, with Christian Slater skitching on some dude’s cherry red convertible. Those three minutes of action make “Gleaming the Cube” a classic ’80s skateboarding flick in anyone’s book.

Think I might’ve missed some deserving skateboarding movies on my list? Sound off on social media and let me know. But I doubt it.