According to Wikipedia, the Silver Age of Comic Books was “a period of artistic advancement and widespread commercial success in mainstream American comic books, predominantly those featuring the superhero archetype.” The time period is said to cover from 1956 to 1970, following the Golden Age of Comic books and succeeded by the Bronze and Modern Ages.

During this period, Wonder Woman’s history received several modifications. Her earlier origin had significant ties to World War II. This was changed and her powers were shown to be the product of the gods’ blessings, corresponding to her epithet, “beautiful as Aphrodite, wise as Athena, stronger than Hercules, and swifter than Hermes.”

The same can certainly be said of CutiePieSensei, who dazzles in this cosplay and plenty more … no Lasso of Truth needed. Find out for yourself by clicking through to her profile! 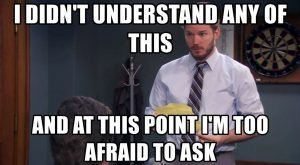 Trending
I Know Nothing About ‘Dune’ and Now I’m Too Afraid to Ask
In this article:Cosplay, Featured, Wonder Woman