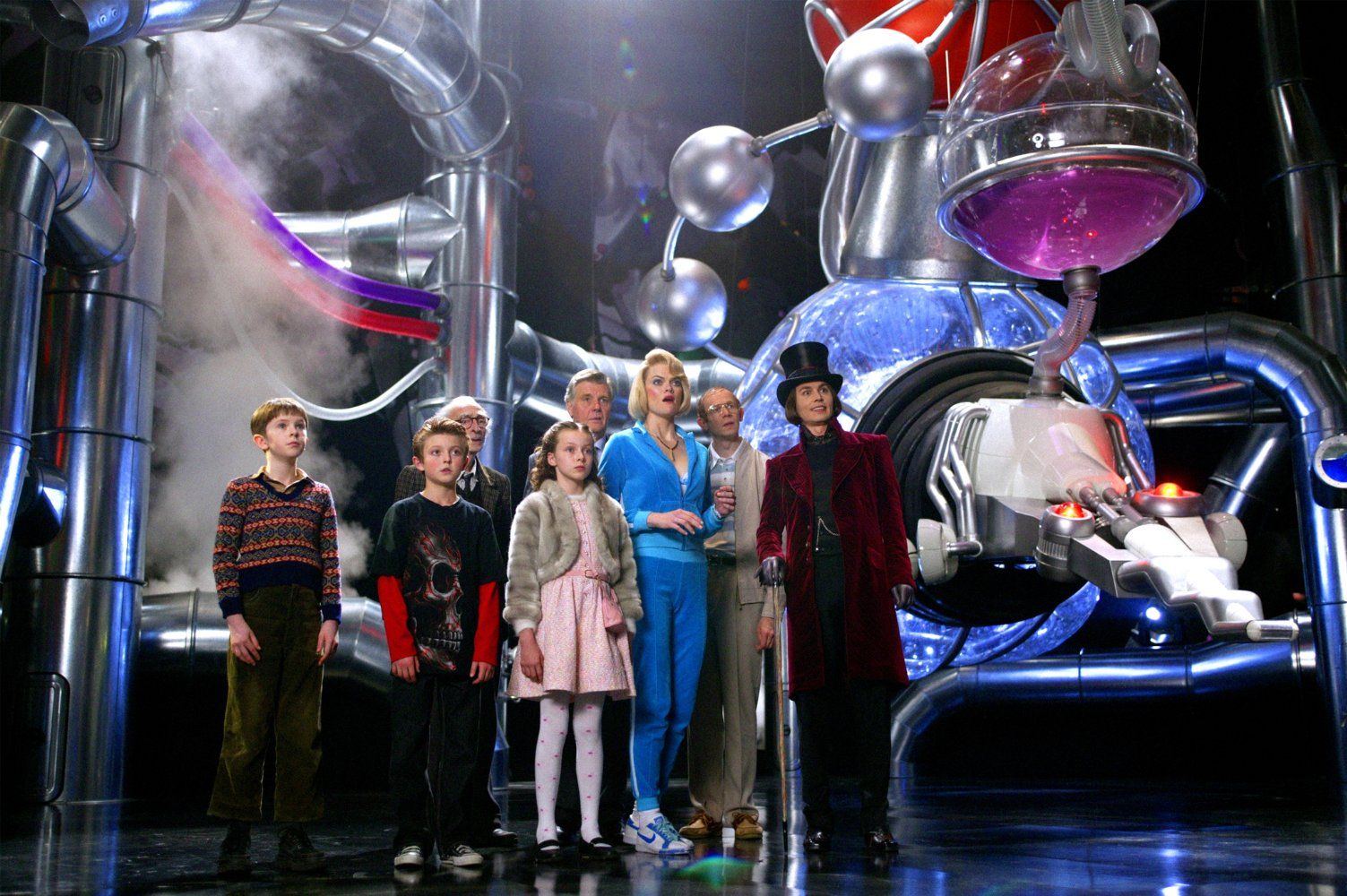 The Chocolate Bars are Real

Chocolate bars are an essential part to Rohald Dahl’s classic story. Our titular hero Charlie finds his golden ticket in one, and Wonka Bars are the quintessential product of Willy Wonka. Therefore, the film needed real chocolate and luckily, Nestlé came through. The food conglomerate provided 1,850 real chocolate bars to the film. Even more impressive, the company also donated 110,000 plastic bars for the film’s montage depicting the production of the bars.

The Chocolate River is Real

Continuing the chocolate trend, Tim Burton and his crew needed to create a “chocolate river” that looked both real and delicious. They ended up using 50,000 gallons of a mixture combining liquid chocolate, thickening agents, and colorings. The team experimented for months, and it took 5 days to fill the entire river with the brown, sludgy mixture Augustus Gloup eventually falls into.

The Town is Built to Miniature Scale

The wide overheads of the town where Charlie and his grandfather live was actually shots of a miniature model of the setting. It was built 1/24th to scale of the actual town, and took over 6 months to construct. Fun fact, the original 1971 “Willy Wonka” movie starring Gene Wilder shot in Munich, Germany for Charlie’s hometown scenes.

Those Squirrels Aren’t Real, Are They?

The answer is yes and no. For the infamous 200 sorting room squirrel scene, the production team used a combination of CGI, animatronics, and 40 trained live squirrels. Allegedly, squirrels are incredibly difficult to work with and training took months to complete. One live squirrel needed 400 repetitions to master putting a nut inside of a bowl. I would laugh, but I couldn’t tie my shoes till seventh grade, so I feel your pain squirrel.

In this article:Behind The Scenes, Featured, Tim Burton