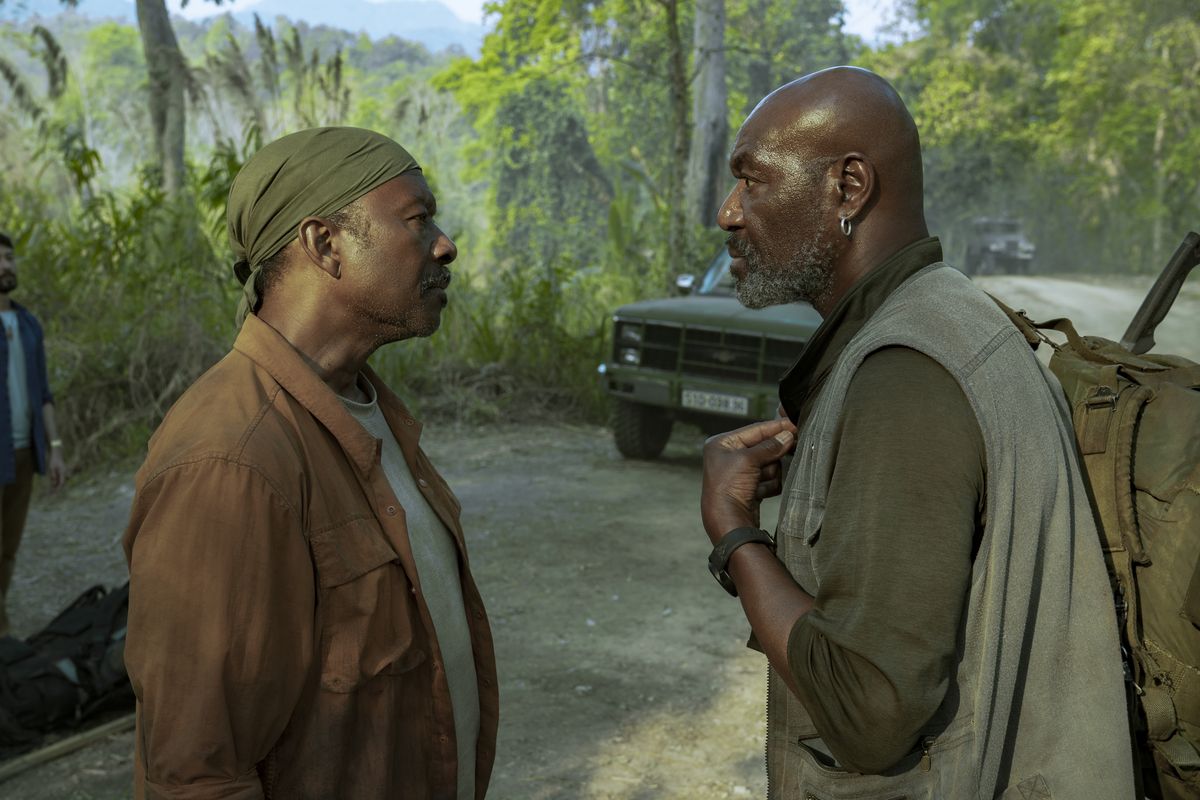 There is no more prescient of a time for Spike Lee to put out this film. He’s arguably the world’s most important Black filmmaker and his latest movie, “Da 5 Bloods,” hits screens at a time when race relations in America are at their most pivotal point since the civil rights era.

Lee’s films nearly exclusively center on race. To this day his debut feature film, “Do the Right Thing,” is not only dissected, discussed, and analyzed everywhere from the streets to academia for its filmmaking prowess, but also for the clarity and depth of what the film has to say about the Black experience in America.

Not stopping there, in 1992 Lee set his sights on the life and times of Malcolm X, turning out a three-and-a-half hour epic that lays bare the noxious pretense of equality in America that existed during Malcolm X’s lifetime … that existed at the time of the film’s release … and still exists to this day.

Lee’s latest, “Da 5 Bloods,” is centered on four old war buddies from Vietnam who travel back to the country to retrieve a stash of gold along with the remains of their fallen friend.

The opening of the film is not for the faint of heart. It depicts real life photos and news footage of some of the more horrifying memories of the Vietnam War era, such as the burning monk, or the captive Vietnamese man executed in the street with a bullet to the head. Equally repulsive is the notion that war, oppression, racism, and corrupt politics isn’t some figment of our distant past but every bit as widespread then as it is today.

A number of scenes in “Da 5 Bloods” contain fun to spot Easter eggs or homages to its cinematic brethren. Some are rather obvious, like the “Apocalypse Now” writing on the wall of the dance club or the usage of the song “Flight of the Valkyries,” harkening back to the same movie. Others are a bit more meta, like the one-legged Vietnamese man throwing fire crackers at the feet of the protagonists, playfully referencing the terrifying “Dance!” scene in “Platoon.”

But as much as Spike Lee might’ve wanted “Da 5 Bloods” to represent his own “Apocalypse Now” or “Platoon,” it just isn’t. Not even close. Far too many corners were cut while making the film for it to be considered in the same realm as such distinguished titles.

And what are the chances that someone looking for buried gold on the side of a mountain goes to dig a hole to take a dump in and his shovel hits … gold. A million to one? A billion? Who cares because Spike Lee is an acclaimed writer and such mind-numbing coincidences should never make it onto the page, much less into the film.