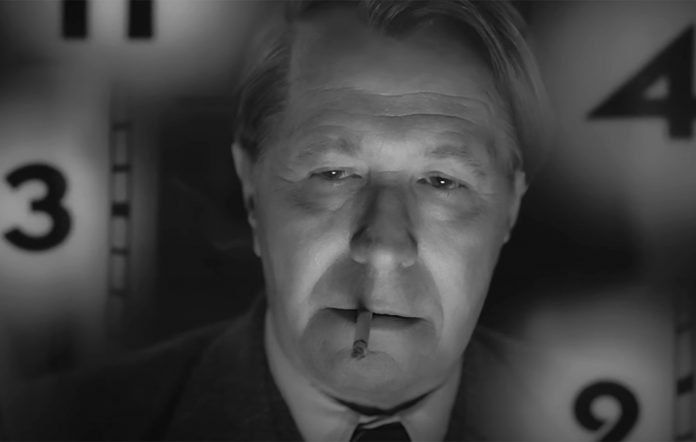 “Mank” director David Fincher sat down with Mark Harris for a wide-ranging interview released online Friday with a version of the story included in the October 26 issue of New York Magazine. The lengthy discussion covered everything from the origin of the screenplay–which itself is about the writing of the 1941 masterpiece “Citizen Kane,”–why the project sat on a shelf for some thirty years, and how the acclaimed director went about crafting the period look and feel of the film.

However, perhaps the biggest revelation to come from the interview is the one piece of information that is seemingly tacked on as a side note: “Mank” is set to premiere in theaters as part of a limited theatrical release on November 13, 2020. Until now, the only known date associated with the film has been December 4, the day in which the movie is scheduled to become available for streaming on Netflix.

The manner in which Netflix has previously gone about theatrically releasing its most prized properties, such as 2018’s “Roma” and 2019’s “The Irishman,” hasn’t been without controversy. Both films were given theatrical runs that were far more restrictive than desired by popular demand, with the initial rollout being little more than what was necessary to qualify for end-of-season awards. Netflix also unceremoniously broke the traditional theatrical exclusivity window in order to exhibit the films via their streaming service.

At its peak, “Roma” expanded to just 145 theaters. The movie was subsequently nominated for ten Academy Awards, winning three: Best Foreign Language Film, Best Directing, and Best Cinematography. Netflix’s skirmish with the exhibition industry continued the following year with “The Irishman.” Director Martin Scorsese requested that his film be given a wide theatrical release. Netflix eventually allowed the movie to be played at some 500 locations, however none of them were owned by AMC, Cinemark, Regal or Cinemark because the “four week progression to video on demand remained unacceptable to those chains.” “The Irishman” similarly received ten Academy Award nominations, however it failed to win in any of the categories.

Since all that madness went down, however, the entire film industry has been turned on its head, so much so that the notion of any squabbles regarding theatrical windows feels rather quaint in retrospect.

Now, due to the ongoing pandemic, hardly anyone will bat an eye if Netflix chooses to release “Mank” to theaters under the most limited terms imaginable. For perspective, indoor movie theaters in New York City and Los Angeles remain closed indefinitely and Netflix doesn’t even need to screen the film in theaters to qualify for the 93rd Oscars, per the Academy’s temporary eligibility rules.

In the aforementioned New York Magazine interview, Fincher reveals his initial talks with Netflix and what led to the jump starting of production after some thirty years of relative dormancy.

“It was only after I had finished ‘Mindhunter’ and Cindy Holland and Ted Sarandos [of Netflix] said, ‘What do you want to do next? Do you have anything that you’ve always wanted to make?’ that I said, ‘Yeah, actually.’” Fincher recalls. “I went back and read [‘Mank’] and I thought, ‘Wow, this has been sitting here this whole time, and it’s so much more urgent.’ It suddenly came into sharp relief. I gave them the script and they said, ‘We would make this,’ and here we are.”

Ahead of the film’s November 13 theatrical release, Netflix has unveiled a new interactive website featuring more than 200 production images along with songs from the film’s score, composed by Trent Reznor and Atticus Ross.

So far Netflix hasn’t announced the cities or theaters in which “Mank” will screen. However, stay tuned to this space for an update as soon as the locations are revealed.