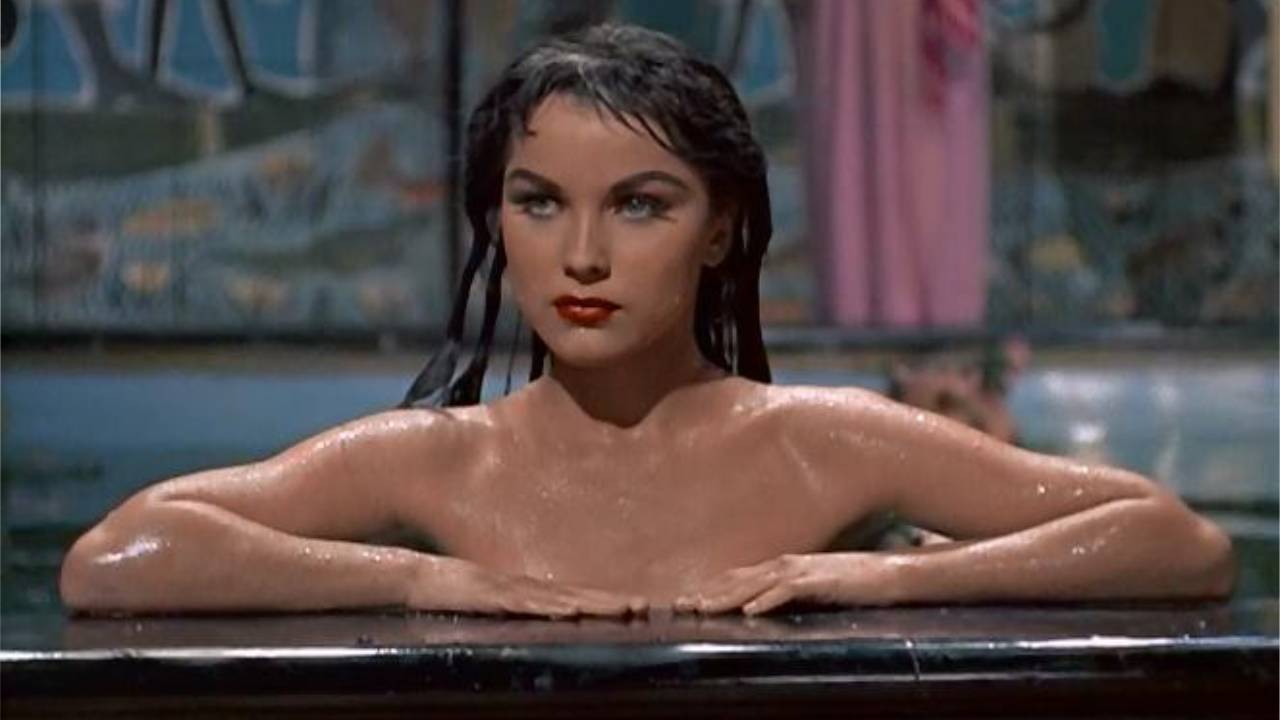 Debra Paget Princess of the Nile

Debra Paget is an actress and dancer whose career flourished in the mid ’50s. Her family moved from Denver to Los Angeles in the 1930’s to specifically become involved with the flourishing film industry at the time, with Debra enrolling in the Hollywood Professional School at the age of 11.

After working her way up the cast list of various other projects, Paget finally received top billing with the swashbuckler flick “Princess of the Nile,” which remains best known for her seductive and energetic dance sequence. The film wasn’t a breakout hit at the box office, however Paget garnered an avid following, receiving the third most fan mail at 20th Century Fox behind Marilyn Monroe and Betty Grable.

Paget’s career reached its pinnacle with Cecil B. DeMille’s 1956 biblical epic “The Ten Commandments,” though it’s also notable that she starred opposite Elvis Presley in “Love Me Tender,” Presley’s film debut, the same year.

Curious why the dance sequence in “Princess of the Nile” was so alluring at the time? Imagine yourself being a bloke in the mid-50s and seeing the following on the silver screen. Yowza!

In this article:Debra Paget, Featured, Princess of the Nile