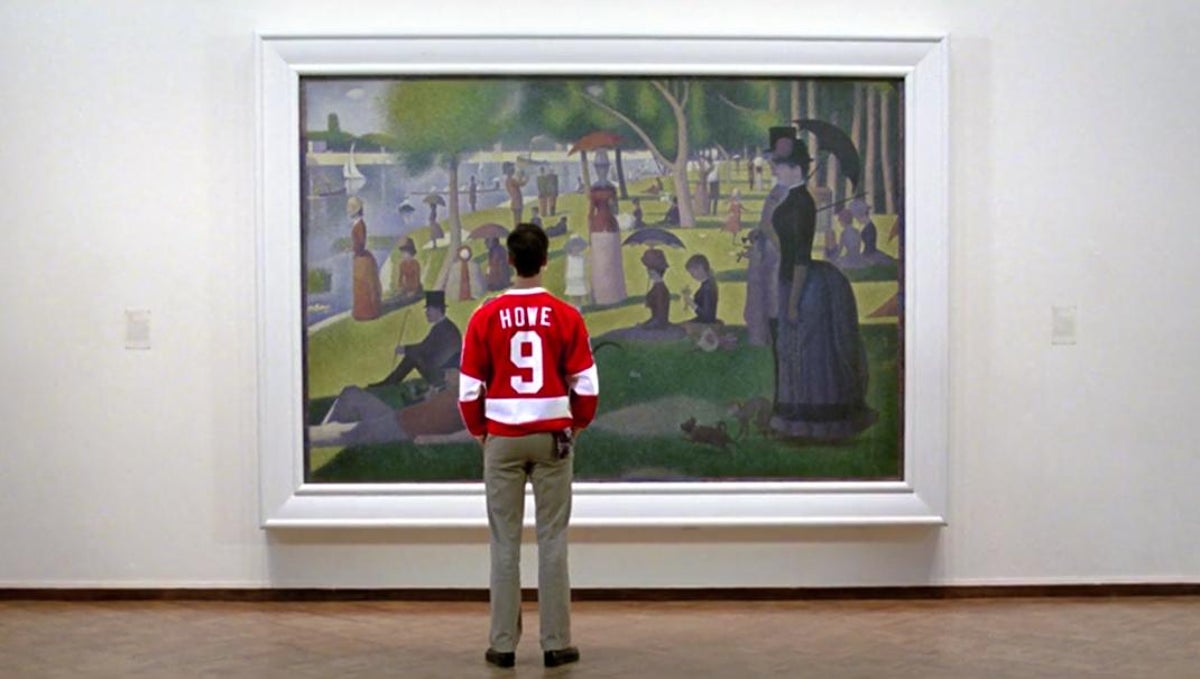 Have you ever wondered why Cameron Fry wears a Detroit Red Wings jersey throughout “Ferris Bueller’s Day Off“? Nearly all of John Hughes’ films are set in the greater Chicago area. “Ferris Bueller” particularly features many prominent Chicago landmarks.

After cutting class, the film’s main characters explore their city. They visit the top floor of the Sears Tower, catch a foul ball at Wrigley Field, and Cameron contemplates his existence at the Art Institute of Chicago.

Hughes goes through great lengths to establish Chicago as a character in the film. While this should imply that the characters are Chicago sports fans, Cameron instead wears a rival team’s jersey.

Although it’s a minor detail, Cameron’s wardrobe choice always stood out to me. Luckily Alan Ruck, the actor who plays Cameron, offered an explanation. Ruck told MEL that the jersey stems from Cameron’s resentment towards his father saying:

Cameron’s jersey is undoubtedly an article of comfort for him. Whether it’s because it reminds him of spending time with his grandfather, or just an act of rebellion against his dad, who’s likely a Blackhawks fan.

The rest of Cameron’s costume design is bland and expressionless. Ruck explained by saying:

If you look at the rest of what I wear [in the film], it’s pretty straightforward — khaki pants and loafers. Nothing too crazy. [Cameron] was kind of a bottled-up kid, and his dad was authoritarian and had a lot of rules. The Red Wings jersey was his own little act of defiance—of saying, ‘This is who I am.’

This minor detail gives Cameron’s character and extra layer of depth and demonstrates to importance of great costume design. The 1986 classic will celebrate its 35th birthday later this year.