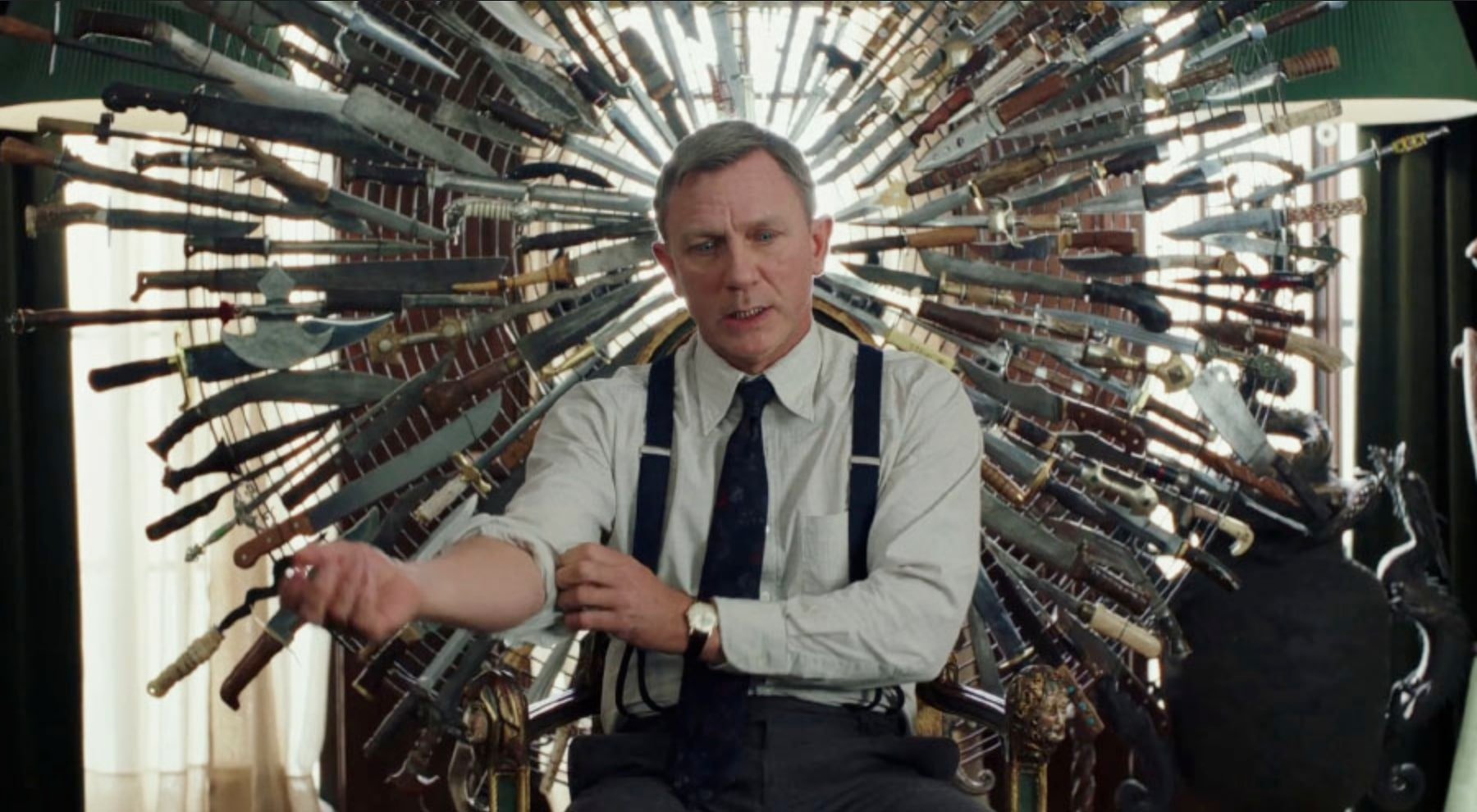 The “Knives Out 2” cast is growing by the day. New announcements about the mystery sequel are coming in hotter than Matthew McConaughey’s run for governor. It’s getting hard to keep track of what’s real and what’s Rumorville. Writer/director Rian Johnson (The Last Jedi) has been tight-lipped about the characters and plot of the film. Fortunately, there is a lot we can confirm about Johnson’s latest project, including much of its crazy celebrity cast.

With the news that the film has been bought by Netflix for $468M, speculation about the movie has intensified. Jamie Lee Curtis, who starred in the first film, has confirmed the Thromby family will not return for the sequel. In classic film detective fashion, Daniel Craig’s Benoit Blanc will be the only returning character for the second film.

Because most of the first film’s cast is being dropped, recent casting announcements have sparked the internet aflame. Guardians of the Galaxy star Dave Bautista was the first to join Johnson’s ensemble. Since Bautista has confirmed he’ll be leaving the MCU after wrapping up the Guardians Trilogy, a new franchise like “Knives Out” might be a much-needed paycheck.

Shortly afterward, Edward Norton became the second former Marvel hero to join the cast. This announcement adds some legitimacy to Johnson as an auteur director; titans of directing such as David Fincher and Wes Anderson have used Norton in their films. In other words, his appearance in Johnson’s film suggests that the director may be trying to place himself as an artistic filmmaker rather than simply a franchise tool.

Following Norton’s casting, Variety announced Janelle Monáe as having joined “Knives Out 2.” Previously, the singer-songwriter acted in Oscar-winning films such as “Moonlight” and “Hidden Figures” but this is her first large role in a big franchise.

“WandaVision” star Kathryn Hahn is the next actress to enter the “Knives Out” ring. Like her fellow cast members, Hahn appears in the MCU. But did you also know that she recently became a major meme?

Finally, Leslie Odom Jr. became the most recent star added to the Johnson’s Scooby Gang. His Oscar nominated performance in “One Night in Miami” may have gotten him the recognition he needed for the role.

UPDATE: Since the publication of this article, Kate Hudson (How To Lose a Guy in Ten Days) has joined the cast! These casting announcements just keep on coming. This brings a total of six established parts to the ensemble, not including Craig’s return as Blanc.

While there is no confirmed title or release date for the film, principal photography begins in Greece next month. Therefore, many have speculated that the movie will be released on Netflix sometime in the spring of next year. Meanwhile, the title is still up for debate. The official “Knives Out” Twitter account posted a request for sequel titles that made headlines for its many silly responses.

With two sequels confirmed by Netflix, stay tuned for more “Knives Out” announcements sooner rather than later.