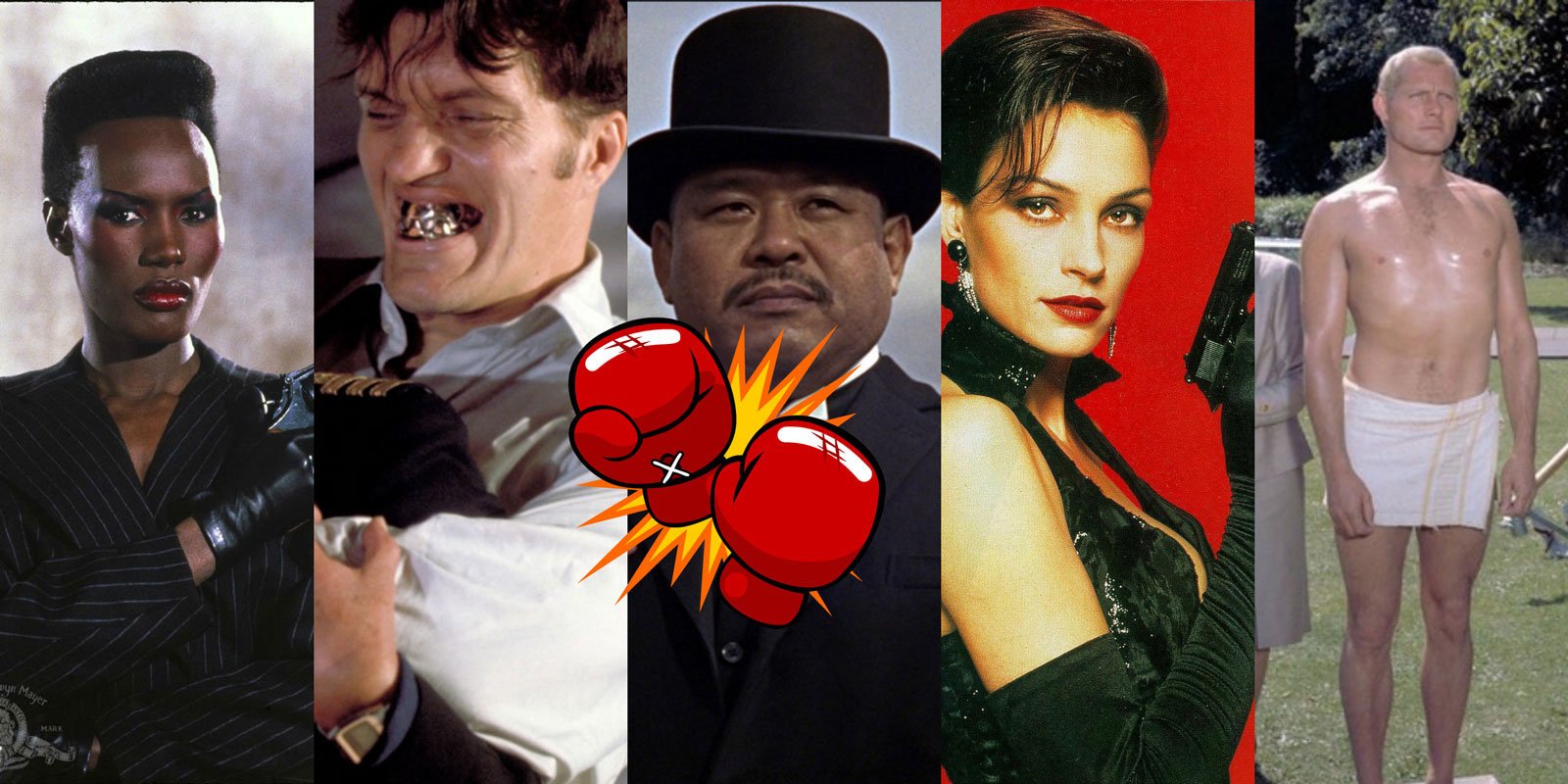 To commemorate the upcoming Bond film, “No Time To Die,” we at Metaflix asked the question, “Who was the goofiest Bond henchmen?” Bond has faced some colorful foes throughout his many films. But even his worst villains were always flanked by someone wackier than even them. They’ve been making Bond films since the ’60s, so for all our sakes, I’ll keep it limited to four henchmen.

Jaws is the obvious first pick as he is the one most people recall when it comes to colorful and goofy Bond henchmen. He’s a giant man with metal jaws that could crush steel. I, for one, think biting is unfair in a fight, but if you have metal teeth, then I’ll let it slide. He could have lost his teeth and decided to turn his misfortune into a wonderful self-marketing opportunity. That’s just a smart move on his part.

Maybe I should have said “henchpeople” in the title as the next is not a henchman, but a henchwoman! To start, we have Xenia Onatopp. With a name like that and an ability to kill that involves uh … well … being on top. She walks the fine line between Bond girl and henchwoman. She’s sexy, dangerous, and Russian. What more could you ask for. Her method of killing with her insane thighs is certainly a bit … uhhh I’m gonna say goofy as that’s what the article is about. She’s really goofy. She’s … really … really … goofy.

Moving on to someone who epitomizes the meaning of the word goofy is my man Oddjob. Anyone who played the N64 game “Goldeneye” knows this foe all too well. The man throws his hat so hard it can chop a statue’s head off! This was so dumb that the Austin Powers parody, Radom Task, seems more reasonable in comparison. A shoe is more threatening than a hat. Trust me, I would know. I’ve had many shoes thrown at me in my life.

Last, but certainly not least, is Tee Hee. Tee Hee is a man with a robotic arm and his name is Tee Hee. That is all. That is quite literally it. That’s really all it needs to be said about him.

Well, the polls are open, so go over to our Twitter page or use the embedded link above and vote now!