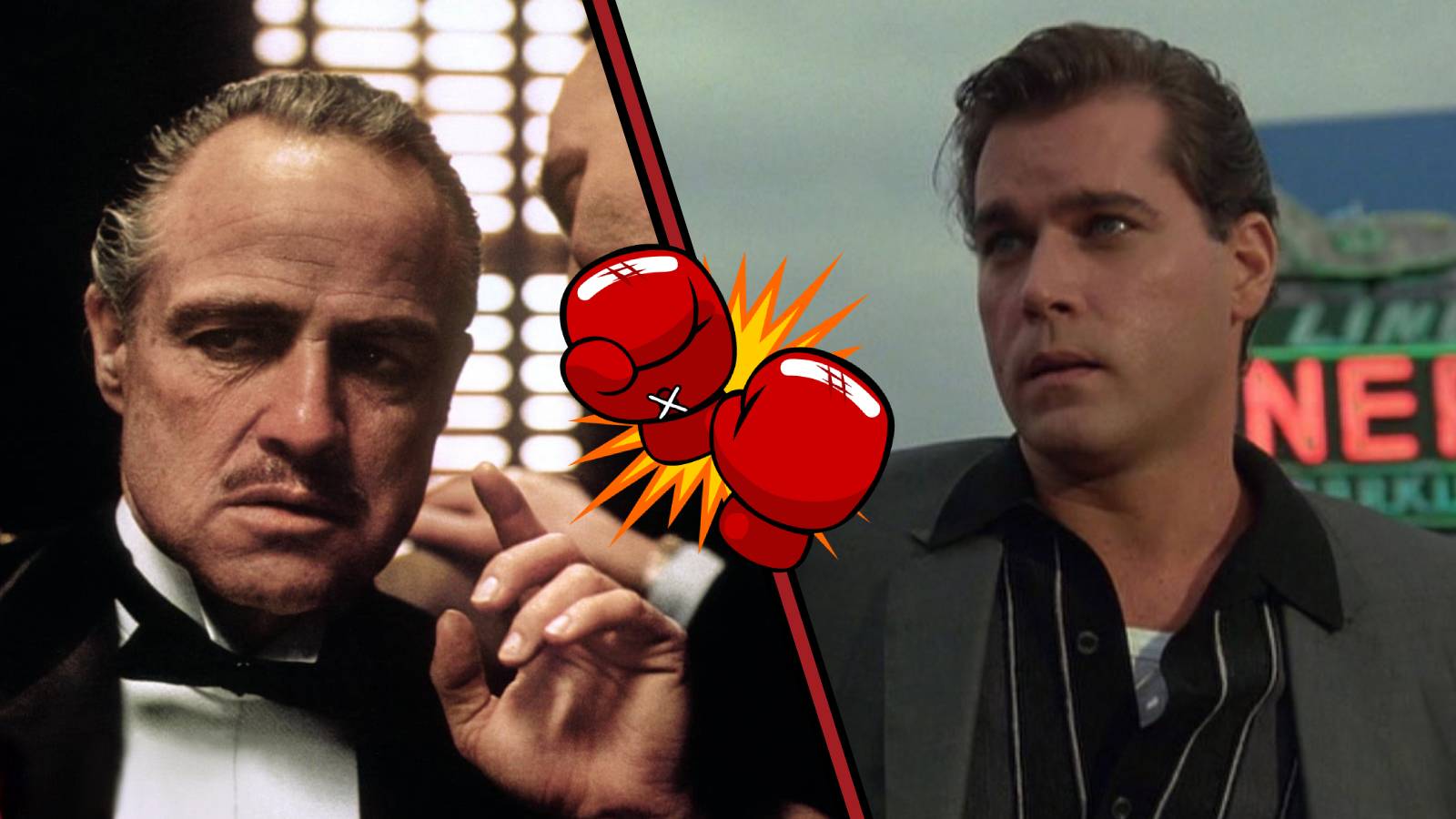 Name the two greatest gangster flicks of all time. Did you say “The Godfather” and “Goodfellas“? Well I did the same exercise and those are my two picks, so in honor of “The Many Saints of Newark” hitting theaters this week, that’s what this film fight is going to focus on.

Sure, there are countless other options here that encompass the entire range of cinema history, from 1931’s “The Public Enemy” to 1984’s “Once Upon a Time In America” to 2006’s “The Departed.” But for my money, “The Godfather” and “Goodfellas” are the two best to ever do it, so let’s get it on!

A handful of films are often in the conversation for greatest of all time, including “The Godfather,” “The Godfather: Part II,” “Citizen Kane,” “Casablanca,” and a smattering of Hitchcock pictures. My perennial pick is “Citizen Kane.” However, I also rank Godfather 1 higher than Godfather 2, so that’s gotta be the chosen nominee for best gangster flick of all time (Note: based on our recent Twitter poll below, it seems the general public agrees).

“The Godfather” simply has it all: incredible plotlines, cinematography, pacing, and so much more. Coppola directed the sh-t out of the film and every actor responded in kind. As a result, I consider the original to be a slightly better, more well-rounded film than the sequel, but your mileage may vary.

Should this Film Fight simply be between Godfather 1 and Godfather 2? Perhaps. We’re running a Twitter poll right now to get public opinion as to which movie people prefer. However, since both are so similar in tenor and tone, it only seems natural to throw another all-time classic gangster flick into the mix: Martin Scorsese’s “Goodfellas.”

Let’s face it: no other gangster films and few other films in general have the manic energy that “Goodfellas” has. The frenetic pacing of the movie culminates with Henry Hill running errands while blasted on coke and being stalked by a surveillance helicopter, but nearly the entire 150-minute runtime raises ones heart rate.

Straight form the opening line onwards, “Ever since I can remember, I always wanted to be a gangster,” “Goodfellas” titillates with its voyeuristic view of made man illegality. It’s Scorsese at his very best, a little more refined than “Taxi Driver” and a lot more manic than his later works. That’s the sweet spot for the intrepid director, and the results speak for themselves.

Advertisement. Scroll to continue reading.
In this article:Featured, Film Fight, Goodfellas, The Godfather