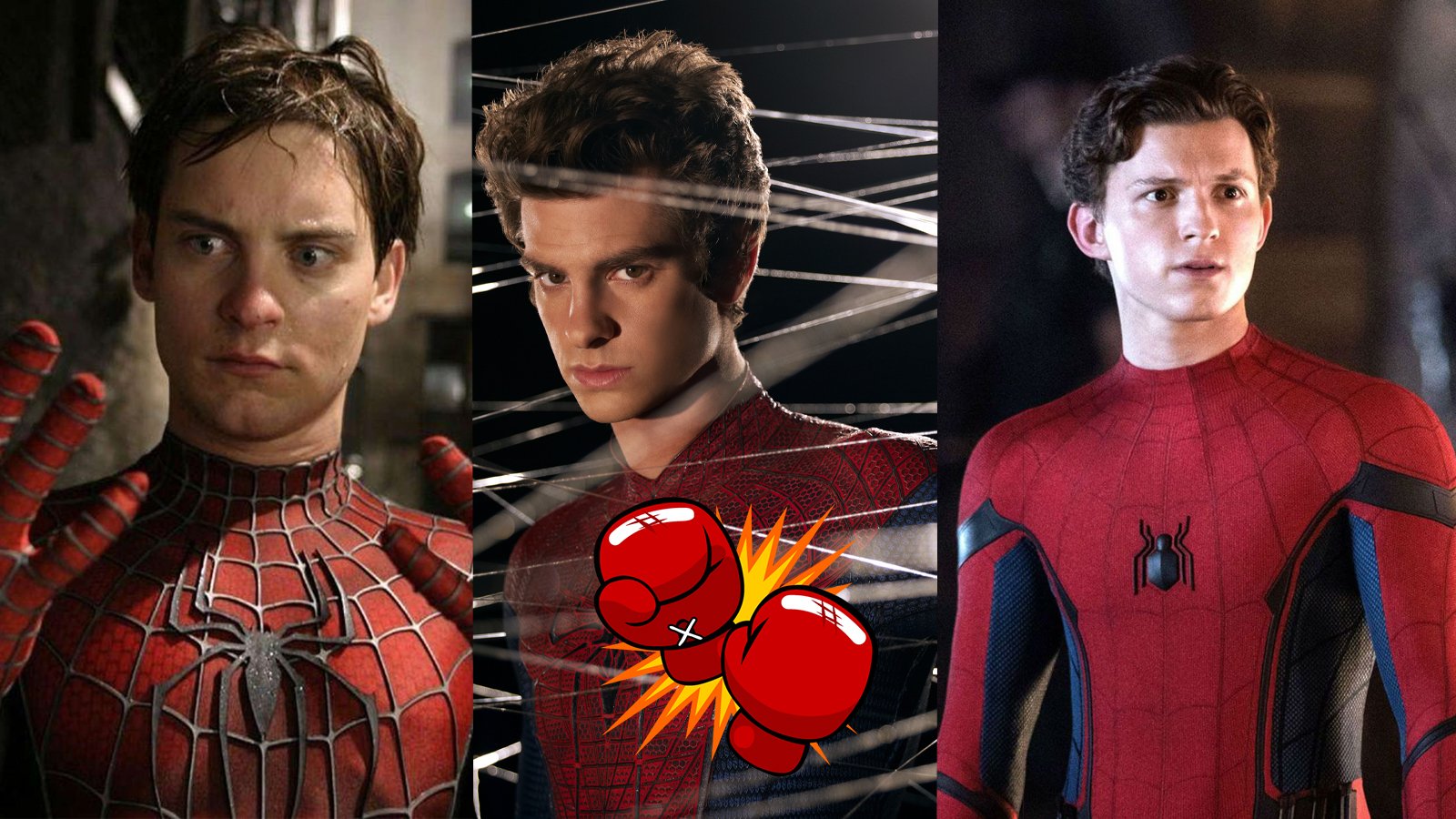 Spider-Man is one of the most iconic heroes in Marvel history. Along with his teenage troubles and the red suit, the swinging hero is well known to be quite quippy under the mask. However, many fans have complained that wit didn’t transfer well from the comic page to the live-action films. So the question remains, which movie Spider-Man is the funniest?

A YouTube video put together by Ben Rowe gives us new insight into the matter. It showcases every single moment Spider-Man has had a single one-liner across three generations of heroes.

While numbers aren’t an indication of quality, they sure can help us figure out who the funniest Spider-Man in film is. Keep in mind we are only counting jokes that happen when Peter is in the suit; the many shenanigans from the other characters in each film are way beyond the scope of this article. We’re trying to figure out how funny Spider-Man is, not how funny his films or alter egos are.

First up is Tobey Maguire. Across three films and five years, the first live-action web-slinger has only 9 jokes total. That’s just sad! His part of the video barely takes up two and a half minutes. Additionally, most of his quips are dad-joke one-liners. “I’m the sheriff around these parts” isn’t exactly a huge laugh. You also might notice the weird awkward humor, like saying the Green Goblin is out of his mind. It’s the sort of one-liner that would feel at home in an old-fashioned action star but really doesn’t suit the young adult Peter Parker. Oh well, we knew Maguire wasn’t that solid of a bet.

We continue onward to Andrew Garfield. The early 2010 hero has nine funny lines in his introductory scene alone, tying with Maguire easily. Not including a gag with his cell phone playing the classic cartoon theme (which I consider an inside joke for the audience rather than a joke from Spider-Man himself), Garfield has no fewer than 37 jokes. This is across only two years and as many films. Besides quantity, Garfield’s jokes are also more hilarious. “No one seems to grasp the concept of the mask.” His humor is a little more aware and specific; he’s not being an excuse for an action hero, he’s being Spider-Man.

Tom Holland’s version of the character is unique. While the character has 27 quips in the video, he also has 7 jokes that aren’t intentional. Those non-quips are more dependent upon the awkwardness of Peter than on his own sense of humor. However, we’re here to measure the character’s own humor, not how funny the character thinks he is. Thus, across three films and three years, Holland comes in with 34 jokes total, which is under Garfield by three whole jokes.

However, I noticed this video doesn’t include his appearances in “Avengers: Endgame” or “Spider-Man: Far From Home.” So, in the word’s of Thanos, “Fine, I’ll do it myself.”

“Avengers: Endgame” was pretty easy. Using this video from the YouTube channel Kadz, I found only three jokes at the expense of Peter, and no quips. However, looking through the sequel was going to be more difficult. In “Spider-Man: Far From Home,” I watched every moment that Peter was wearing a mask, including his brief stint as Night Monkey and his two jokes during the action scene where he is wearing a Jester’s mask, since technically he’s still being Spider-Man there. Don’t say I never did anything for you! I counted 4 moments of humor derived from Peter’s awkwardness and only 3 quips, including a very bad joke about the suit “riding up in the web shooter.” The sequel goes way more dramatic in its action sequences rather than humorous.

Thus, Holland’s character has a grand total of 44 jokes, 30 of which are quips while the remaining 14 play off of Peter’s awkwardness. Some might contest that this result is just because this Spider-Man has appeared in five films across four years, but I still must crown Holland the winner of today’s Film Fight! His hilarious performance in “Spider-Man: Homecoming” alone makes him the funniest character right now, with Garfield as a close second and Maguire lagging far, far behind.

Today, Tom Holland is our winner of funniest film Spider-Man. That being said, I hope that the newest film will include much more quips than the last few entries. With rumors that all three Spideys will appear in the film, perhaps we’ll get a quip-off between our heroes!