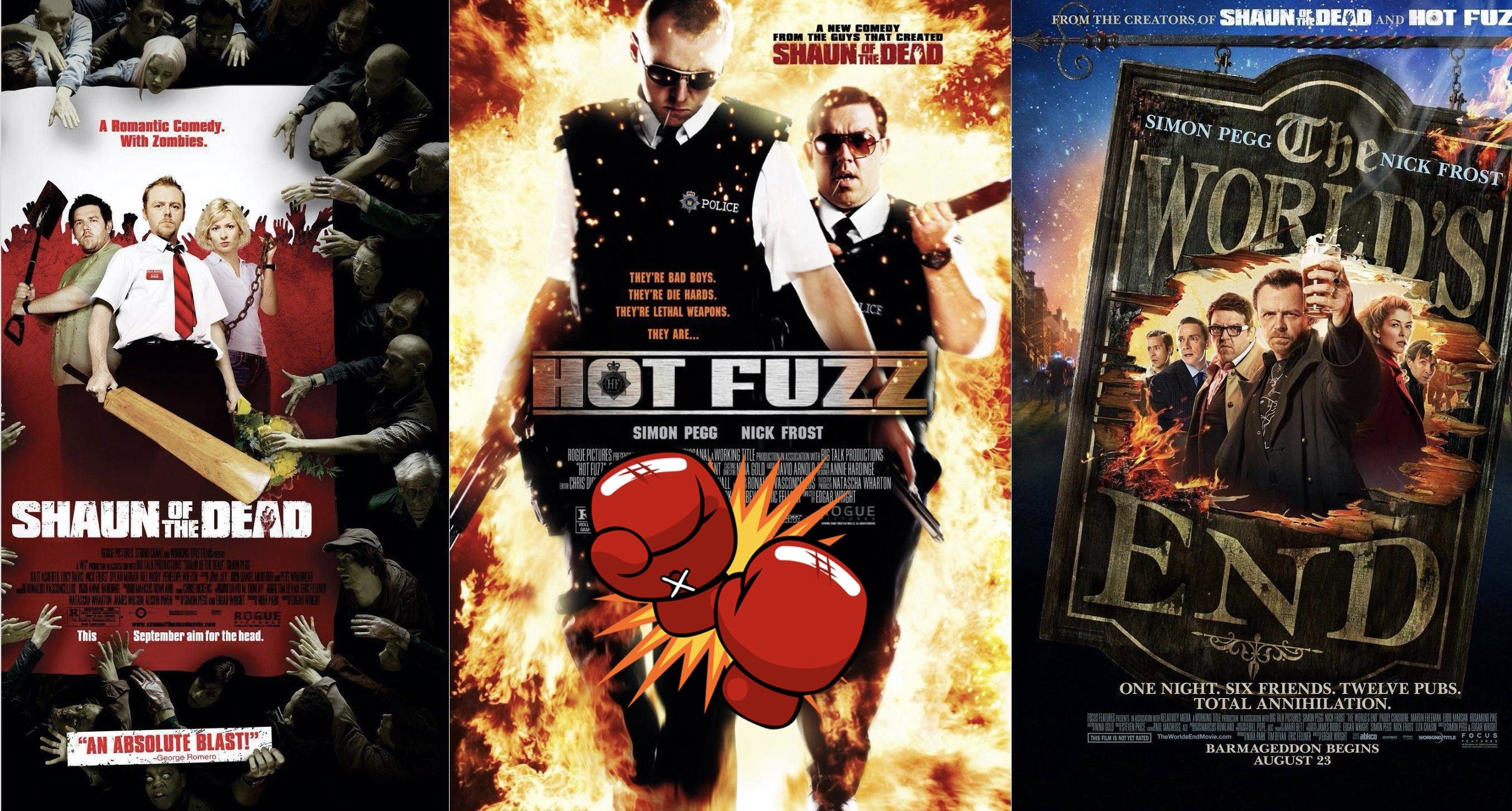 The release of “Last Night in Soho” is only a couple months away. The psychological thriller is the latest from Edgar Wright, one of the most beloved directors of the twenty-first century. While “Baby Driver” and “Scott Pilgrim vs. the World” may be a bit more mainstream, the staple of Edgar Wright’s directorial career is, of course, the Cornetto Trilogy.

While we could discuss the background, history and lore of the Cornetto films for days, this is a film fight, so let’s get to it. Which film of the trilogy consisting of “Shaun of the Dead,” “Hot Fuzz” and “The World’s End” deserves the crown? Which is Pegg and Wright’s best?

Let’s begin where it all started, “Shaun of the Dead.” This is probably the most well-known film in the series, perhaps just because of the funny title. It also deserves major credit as being the foundation of the tone, style, and humor of the Cornetto Trilogy. Countless gags and even small mannerisms in the leading men can be seen here. The fence jokes are essential to the trilogy.

This film is very likely the greatest satire of a genre out of any of the films. Pegg and Wright perfectly poke fun at zombie flicks, while also using the story structure to their advantage. Who doesn’t want to shack up at the Winchester Tavern Pub for a night or two?

Next we have “Hot Fuzz,” and it is hot alright. This film continues the Edgarian tradition of fast-paced, action-packed comedy. It also creates an impressive sense of lore to the town it takes place in, a trend that would continue in “The World’s End.”

“Hot Fuzz” also touts some of the funniest bits of the entire trilogy. Surreal moments like the officers laughing hysterically at each other embody a unique sense of humor that is hard to capture on film. Furthermore, “Hot Fuzz” lives up to the tradition of “Shaun of the Dead” in that it perfectly satirizes cult-centric conspiracy/mystery films, but also tells a masterful story within the genre.

I dare say that “Hot Fuzz” took everything there was to love about “Shaun of the Dead” and added a little something extra. This leaves us with the final film in the trilogy.

“The World’s End” is probably the least well-known film of the Cornetto Trilogy. This is an utter travesty. Somehow, likely relating to the sub-par marketing campaign, American audiences seem to have largely swept this gem under the rug.

“The World’s End” is Wright at his best. It features a bizarre but perfectly synchronized sound track, comedically engaging use of sound, surprisingly impressive action sequences, and a bizarre but amazing concept for a film: pub crawl through the apocalypse.

What really brings the film together? The perfect ensemble cast. Who would have thought the villain from “Hancock” would make such a lovable little family man? Especially after having seen the first two films in the trilogy, it is great to see Simon Pegg and Nick Frost completely flip roles, allowing Frost to play the straight-man and giving Pegg free reign for his chaotic performance as Gary King — a performance that I genuinely believe is the most underrated of the past decade.

“The World’s End” is also the only film in the series that isn’t outwardly making fun of other films or a genre. It exists for its own sake, masterfully balancing different genres and I believe that is a beautiful thing as well. Instead of aiming for satire, Pegg and Wright aim for something more personal, dealing with fear and anxiety of middle-age, the dangers of nostalgia, and of course, true camaraderie.

I believe “The World’s End” perfected everything Pegg and Wright were chasing throughout the trilogy, packing more clever wit than “Shaun of the Dead” and more heart than “Hot Fuzz.” Also, it’s the only film in the series with a built-in drinking game. I will quote it until the day I die, and you should too. How could the Cornetto Trilogy’s crown of glory go to anyone but Gary King?