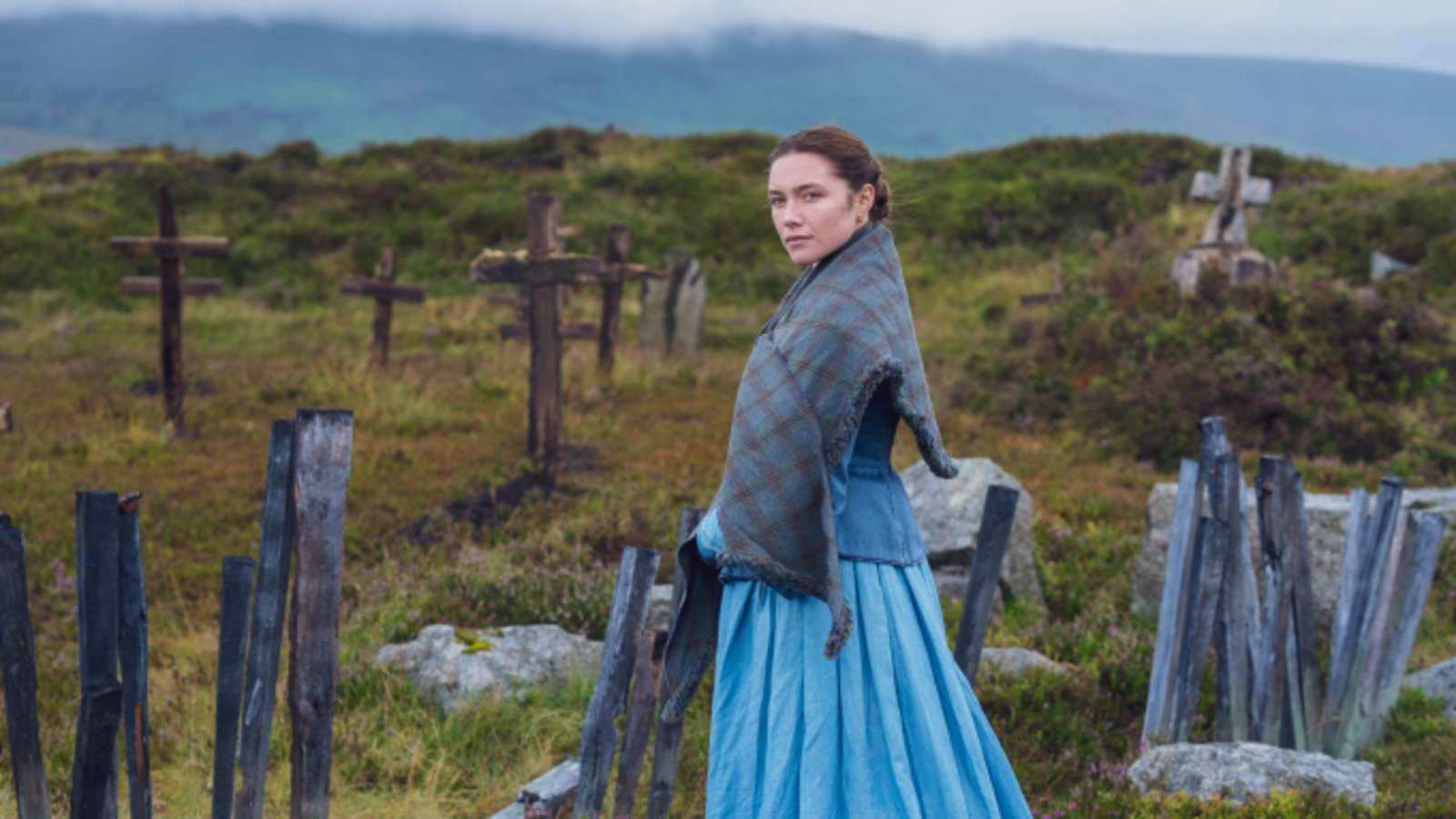 Netflix has released the first image from its upcoming period thriller. The film stars Florence Pugh, as seen above. It is currently being filmed in Ireland.

The film takes place in the Irish Midlands in 1862. It follows an eleven-year-old girl who stops eating, but by some miracle remains alive and healthy. This prompts an English nurse to come to the small village to observe the miracle child. Tourists flock to the town to witness the Saint-like phenomena exhibited by this young girl, but the question remains if it is an act of the heavens, or if there is evil at play.

The film is being adapted from Emma Donaghue’s bestselling 2016 novel of the same title. You may recognize Donaghue from being the Oscar-winning screenwriter of 2010’s breakout hit, “Room.” Her novel was originally based on a famous historical story of Victorian era fasting girls.

Sebastian Lelio stated, “Bringing the powerful novel The Wonder by Emma Donoghue to the screen not only offers me the chance to portray the collision between reason and faith, individual and community, obedience and rebellion, but also to explore my own interpretation of what a ‘period’ film can be. I couldn’t be more thrilled that the magnetic and courageous Florence Pugh will play our fierce female lead.”

In this article:Florence Pugh, Netflix, The Wonder