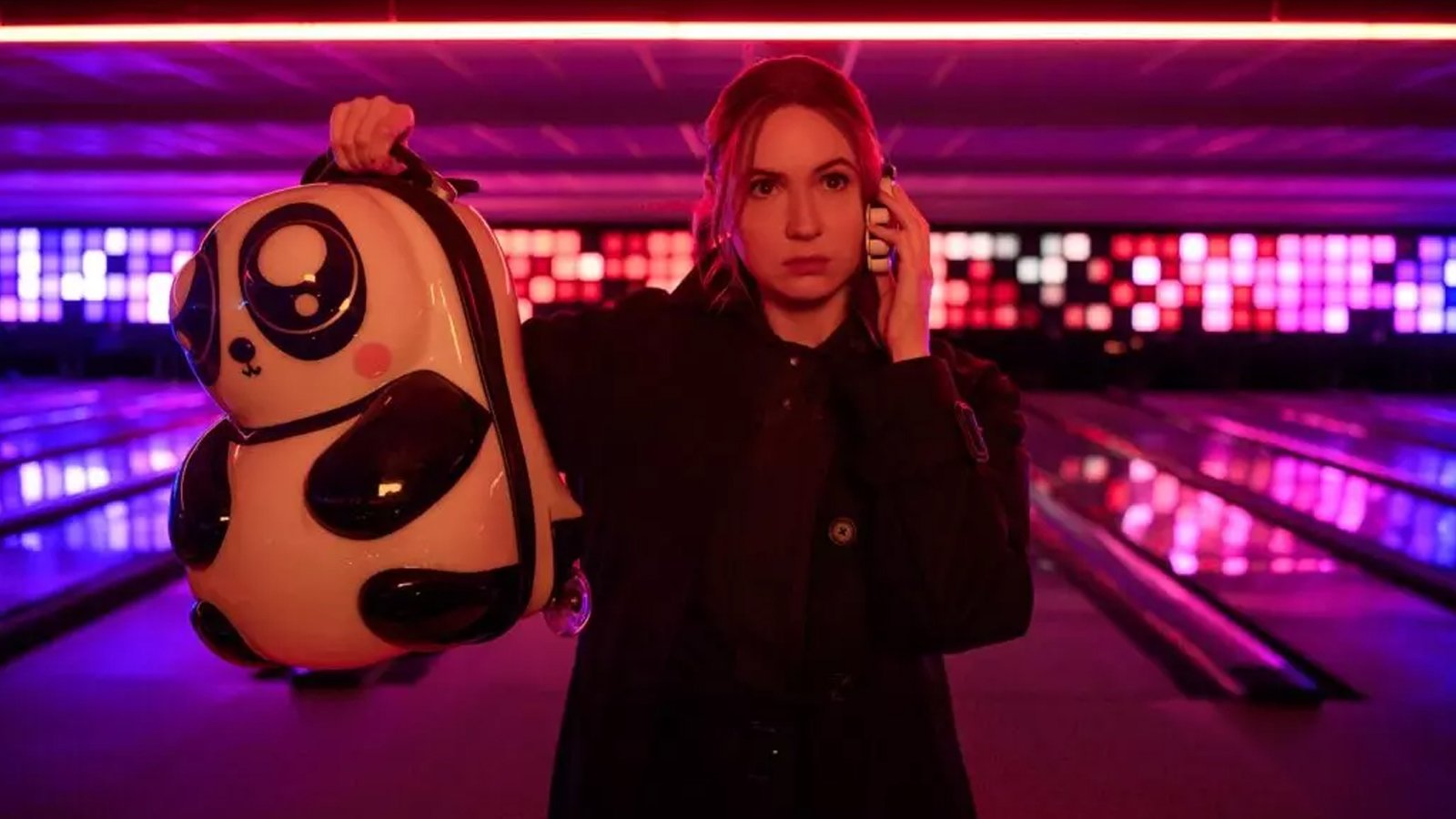 The neon-noir wave of over-the-top action headlined by films like “John Wick” and “Atomic Blonde” has its imitators. Redbox-quality imitators like “Nerve” or “Guns Akimbo” have grasped on to the aesthetic to try to make a quick buck. However, I am pleased to report that “Gunpowder Milkshake” is a worthy, if subdued, entry into the neon action canon.

This Netflix distributed flick stars Karen Gillan as a traumatized assassin in the vein of “Kill Bill”‘s The Bride. When she accidentally pulls the trigger on the wrong people, she must rectify her relationship with her mysterious mother and rescue a young orphan girl. The front half of the film mostly stuffs itself with Gillan as a solo act, but the latter half teams her up with a larger cast that seems to weigh her down.

Let me first come out and say this; if you watch this movie, you’re going to hear the worst Russian accents ever put to film. Apart from Gillan, who really comes into her own as a solid Liam Neeson-like action star, the rest of the cast is on the level of a television movie. The dynamics between characters here are interesting, but the supporting actors and actresses barely scratch the surface of them.

The writing also is not Shakespeare by any stretch. Even Gillan has a hard time mouthing over a few clunky lines. The dialogue’s humor isn’t juvenile, but it is simple and sometimes annoying. Additionally, if you are tired of the trope in which action stars talk about something ordinary when they clearly are talking about something violent, you won’t like most of the first act. The film’s resolution feels drawn out, too late, and too inevitable to matter.

Now that we got all that out of the way, I get to rave about this film. “Gunpowder Milkshake,” as the title suggests, is almost a Disney-like dive into a magical world, only it’s a world of blood and bullets. The best “jokes” in the movie come from silly imagery in the action and ironic cuts on certain lines. Visually, I must praise how well it captures the distinctiveness of almost every location.

Every set design has a clear strong choice attached to it that enhances the action sequences. Many times that choice is using one or two colors to beautify the entire scene, in a near Rian Johnsonish move. Even the choice of a bowling alley clearly shows off the filmmaker’s attention to sets. “Gunpowder Milkshake” will choose tough lighting situations, and won’t settle for anything less.

It seems that the director, Navot Papushado, is employing an established style slightly outside the “John Wick” norms. Notice his use of split diopter shots to emphasize conflict. He also uses long takes in both action and dialogue scenes that move with the characters. These are both hallmarks of early Stephen Spielberg, and although they are derivative they remain engaging in a film outside Spielberg’s oeuvre.

The movie feels like what a kid thinks an action movie is, rather than what an adult knows it to be. Intense gore, violence, and language are all that separate this from something like “Spy Kids,” which is a compliment. Some of the action borders on Jackie Chan levels of comedy, but it makes every action sequence intriguing. Rarely does any sequence feel skippable. Every one contains a fun gimmick, interesting location, or a sprinkle of silly beats. They’re never lazy, which especially for a Netflix movie, isn’t a low bar to clear.