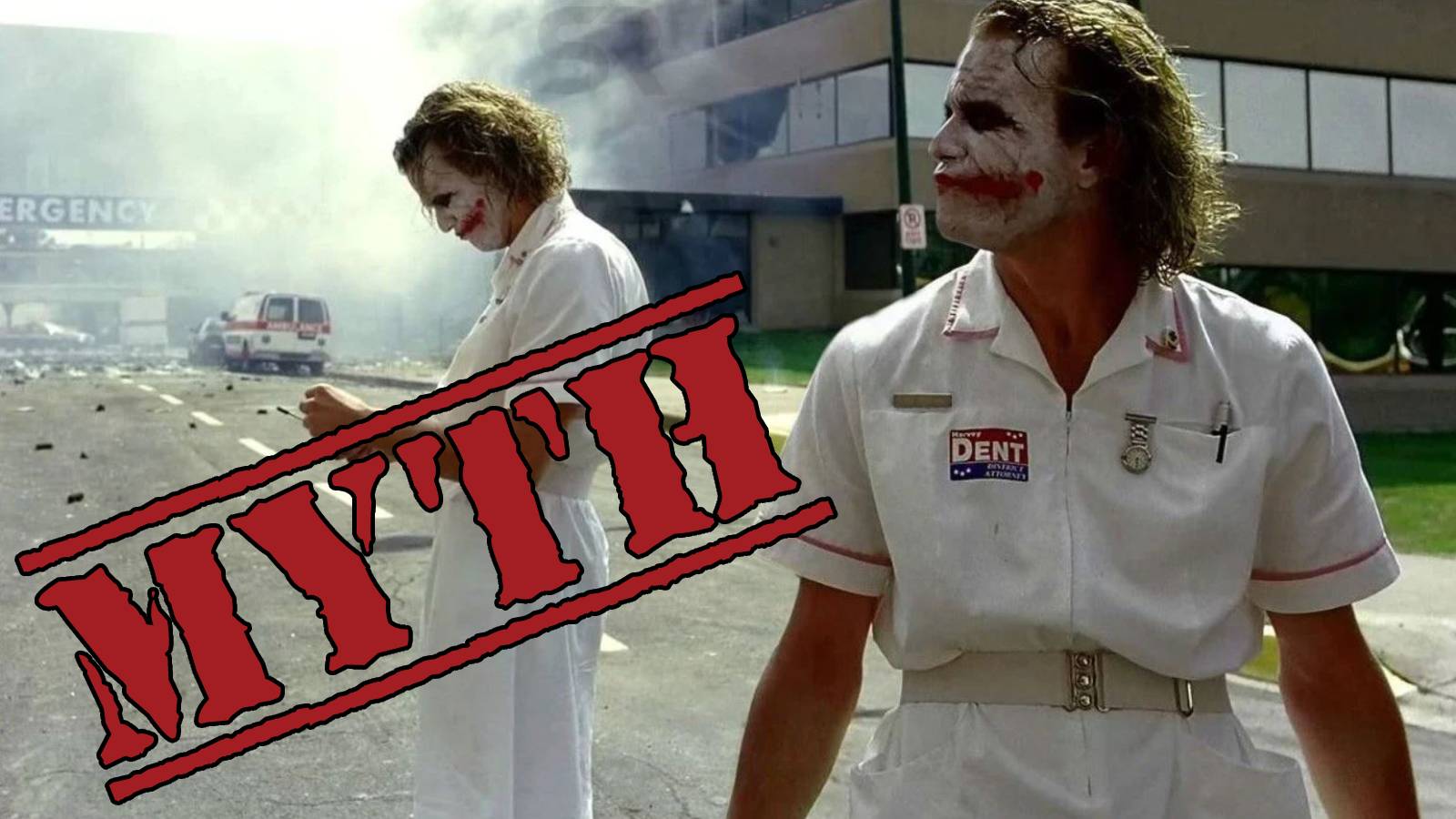 There are countless bits of trivia and factoids derived from Christopher Nolan’s 2008 magnum opus “The Dark Knight.” The one that has seemingly caught on more than most is that Heath Ledger, in his Oscar-winning performance as Joker, improvised the scene in which he is momentarily frustrated and confused when the hospital fails to explode in its entirety.

The only problem is that this piece of supposed serendipity isn’t based on facts at all, but rather erroneously exists as an internet urban legend.

When the initial explosions briefly stop, Ledger turns around, throws up his hands, and whacks his detonator a couple of times before the explosions suddenly resume and the entire building is leveled. Ledger’s frustration and fidgeting during this sequence is supposedly the incredible awareness of an actor staying in character and improvising until the scene gets back on track, right? Wrong.

According to various crew members and Nolan himself, not only was the sequence meticulously rehearsed, but everything went perfectly to plan.

Indeed, that pause in the action was utilized by Nolan and crew as a means to do the scene practically while still keeping Ledger as safe as possible. Nolan confirmed this to be the case in the special feature “Gotham Uncovered: Creation of a Scene” that was part of “The Dark Knight’s” home release.

Here’s what Nolan had to say about it:

“[Special effects supervisor Chris Corbould] was able to come up with a scenario in which Heath could actually be walking out of the building. Because what Chris worked out is if we put in a little beat where the first set of explosions stops as if something’s gone wrong, and the Joker just takes a second to look around surprised like the audience is surprised, then the major demolition comes in and he jumps straight into the school bus. In that way he was able to come up with a practical scenario in which we could actually take a principal actor, walk him out of a building that’s about to be destroyed, and literally drop the building to the ground.”

Despite debunking the improvisation rumor in question, however, the scene should leave an impression on fans that remains no less impressive. After all, the destruction of the building is absolutely real. Nolan and company blew up the Brach’s Candy Administration Building in the Austin neighborhood of Chicago.

That piece of fascinating trivia also means they only had one take to pull off the shot. Talk about pressure. Yet they absolutely nailed it, thanks in part to all that aforementioned rehearsal and planning.

For more, check out this incredible footage of the scene from multiple angles in the video below.