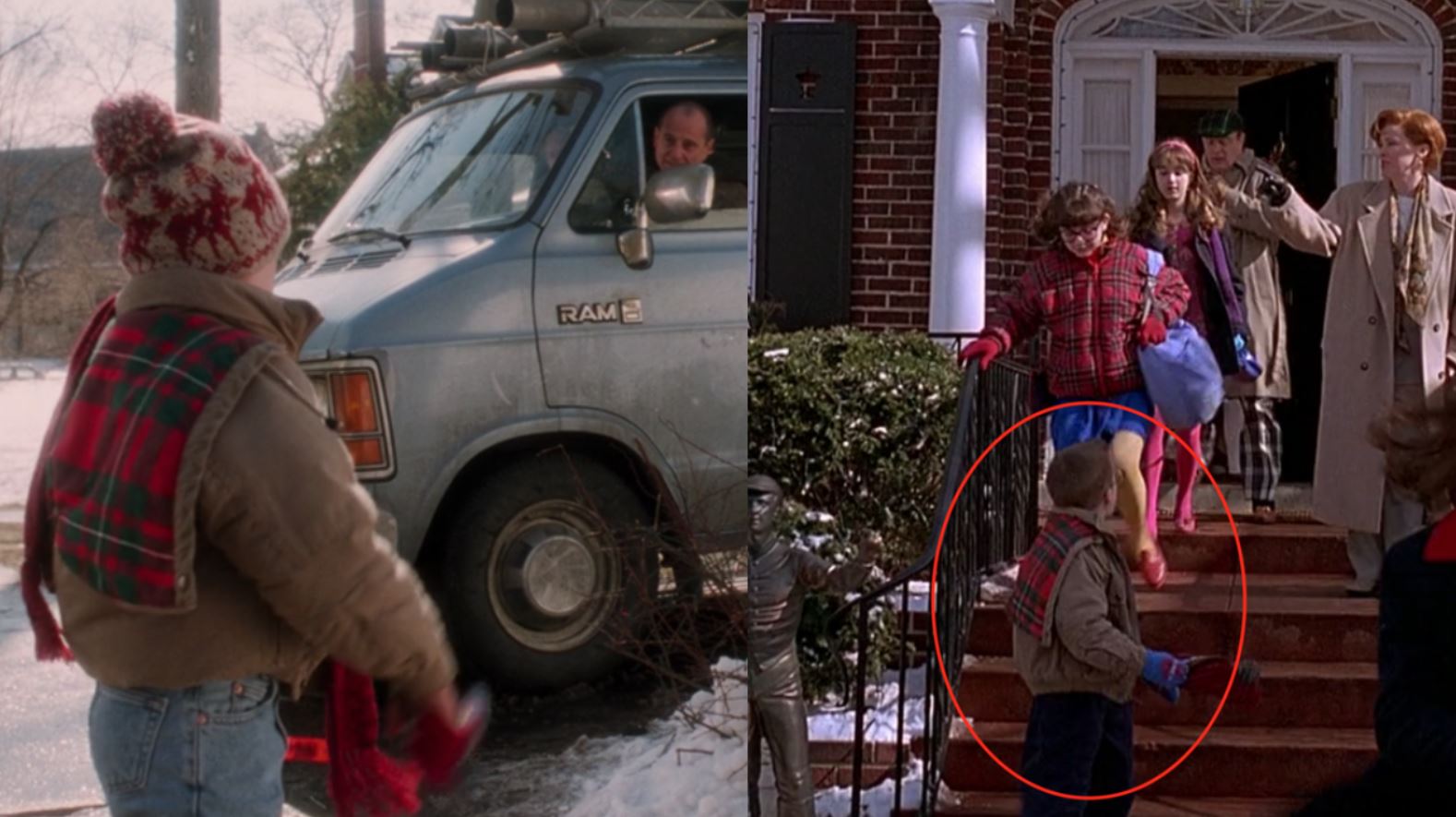 Ahhh it’s that time of year again, the holidays, when family drives you nuts, makes you sleep in the attic, then leaves you home alone while they all fly to Paris.

Alright, so that’s not every holiday season. Hell, it’s not even remotely close to anything my family and I have ever done (except for having to sleep in the crummy attic).

What I’m describing is the basic plot to “Home Alone,” of course, one of the quintessential Christmas movies. 1990’s “Home Alone” and its sequel, 1992’s “Home Alone 2: Lost In New York” are packed with fun trivia and Easter eggs, but rare is the detail that actually bridges the two.

Like me, I’m sure you’ve seen the films countless times. Despite this, did you ever notice that Kevin’s coat from the original movie makes a cameo in the sequel? Indeed, Kevin rocks the brown coat with the plaid zip-up hood throughout “Home Alone.” Then, in “Home Alone 2,” Kevin’s cousin Fuller is seen wearing the same coat.

Not only is this an awesome job by the costume department, but there’s legit reason for it to be included in the movie as well, making this one of the best Easter eggs throughout the entirety of the franchise.

You may recall that Kevin’s uncle, Frank, is a known cheapskate. He ducks the pizza delivery bill. He tells Kevin, “You better not ruin my vacation, your dad’s paying good money for it.” And he steals the salt and pepper shakers on the airplane.

Therefore, it makes perfect sense that Uncle Frank would gladly accept a hand-me-down coat from Kevin for his son, Fuller. Oh, and a little bonus trivia just for good measure: Fuller is played by Kieran Culkin, the real-life brother of Macaulay Culkin. Neat!