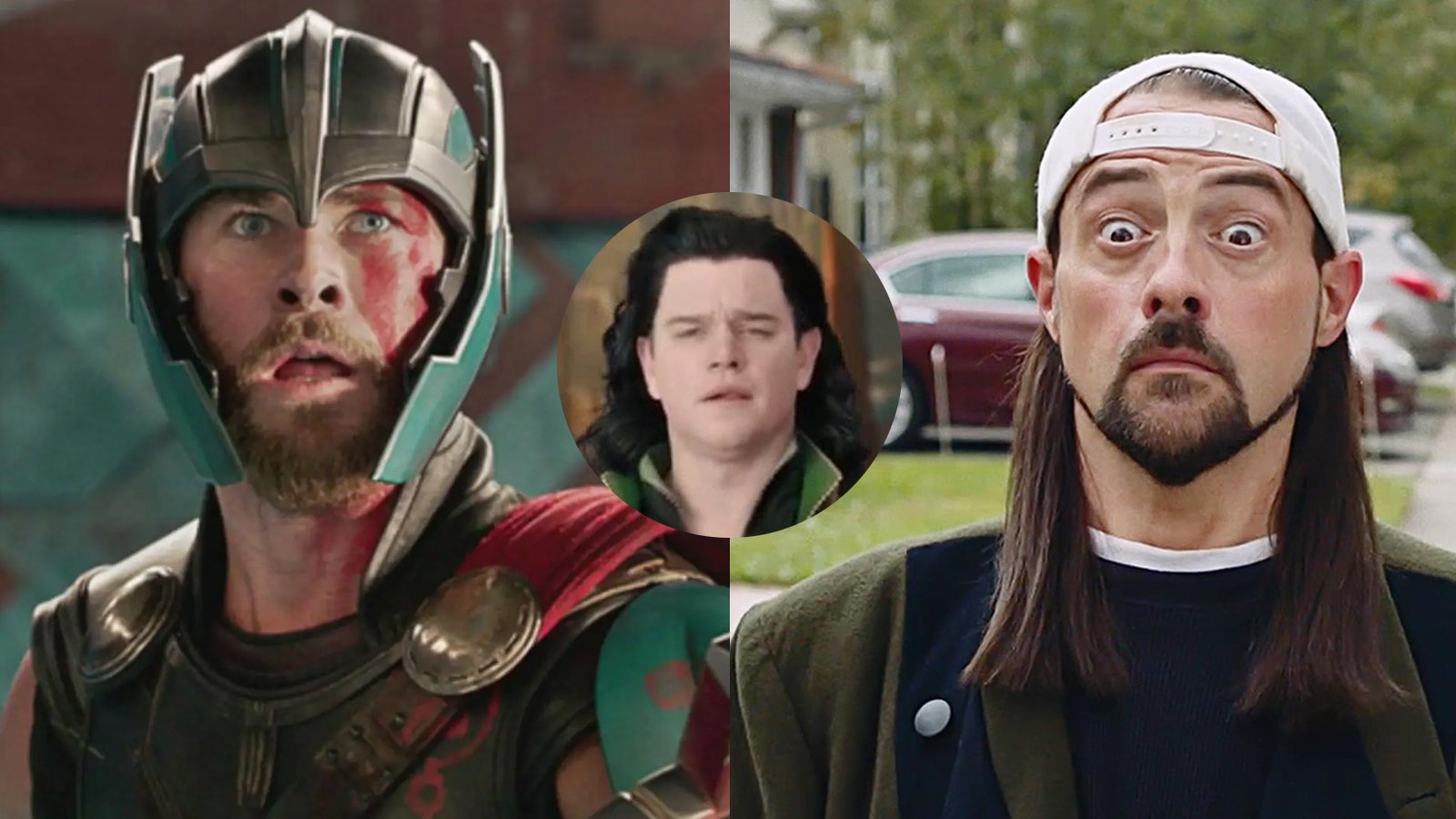 Put on your tinfoil hats “Signs” style and get ready for some conspiracy theories because we’re going to unearth a secret film reference! Specifically, we’re going to look at how Marvel’s “Thor: Ragnarok” pays tribute to a filmmaker that inspired them; he’s the silent man who won’t stop talking, Kevin Smith.

Marvel to Damon to Smith

In “Thor: Ragnarok” there is a small scene in which actor Matt Damon appears. While it’s a small role, it left a big impact. In the scene, he is an actor, playing the role of Loki in a play that reenacts the events of “Thor: The Dark World” for the real Loki in disguise. This is Damon’s first-ever appearance in the MCU, acting opposite Chris Hemsworth’s brother. No not that one, the other one. You can see the scene badly cropped right here.

But what does that have to do with Kevin Smith? Well, Askewniverse fans know that Matt Damon has appeared in five of Kevin Smith’s films. A few of these are small cameos, like “Chasing Amy” and “Jersey Girl.” Then in “Jay and Silent Bob Strike Back,” Damon is pretending to be himself, similarly putting on a performance inside a performance. There is a brief scene where he reenacts “Good Will Hunting 2” as a movie within a movie. You can take a look at that film on this Netflix parody site.

Here’s where it gets weird. In the other two Smith films, “Dogma” and “Jay and Silent Bob Reboot,” Damon plays the mischievous and vengeful angel of death. Yes, Kevin Smith films are weird. But in those movies can you guess what his character’s name is? Believe it or not, it’s Loki! Insane, isn’t it? Of course, that could just be a coincidence… right?

Those who follow the Marvel films know that “Thor: Ragnarok” is a huge departure for the Thor films. Taika Waititi took over the franchise after “Thor: The Dark World” disappointed critics. Waititi also recruited Chris Hemsworth to punch up a lot of the dialogue. None of this is unusual, except that Hemsworth clearly used his influence to make the film more Smith-like. In an interview with Vanity Fair, Hemsworth revealed that it was Smith who made him realize the Thor franchises needed something different.

It was Hemsworth idea to “cut his hair” and “destroy the hammer”—moves that Waititi, whom Hemsworth describes as also being “sick” of old Thor, wholeheartedly endorsed. Hemsworth credits Kevin Smith, whom he once heard bashing the Thor franchise on a podcast, for inspiring him to speak his mind to Feige. “Hearing someone like Smith, who represents the fanboy world, was such a kick in the ass to change gears,” Hemsworth says. “We sort of had nothing to lose. People didn’t expect what we did with it this time around.”Vanity Fair

Clearly, Smith had some kind of influence on the film. It’s not only possible but likely that the Matt Damon cameo was a subtle nod to his filmography. In fact, Waititi seems to like Damon so much that it is confirmed the actor will appear again in the upcoming “Thor: Love and Thunder.” Hopefully we will get more Smith references in the MCU as long as they don’t go too far; Bluntman and Chronic would make very odd Avengers.