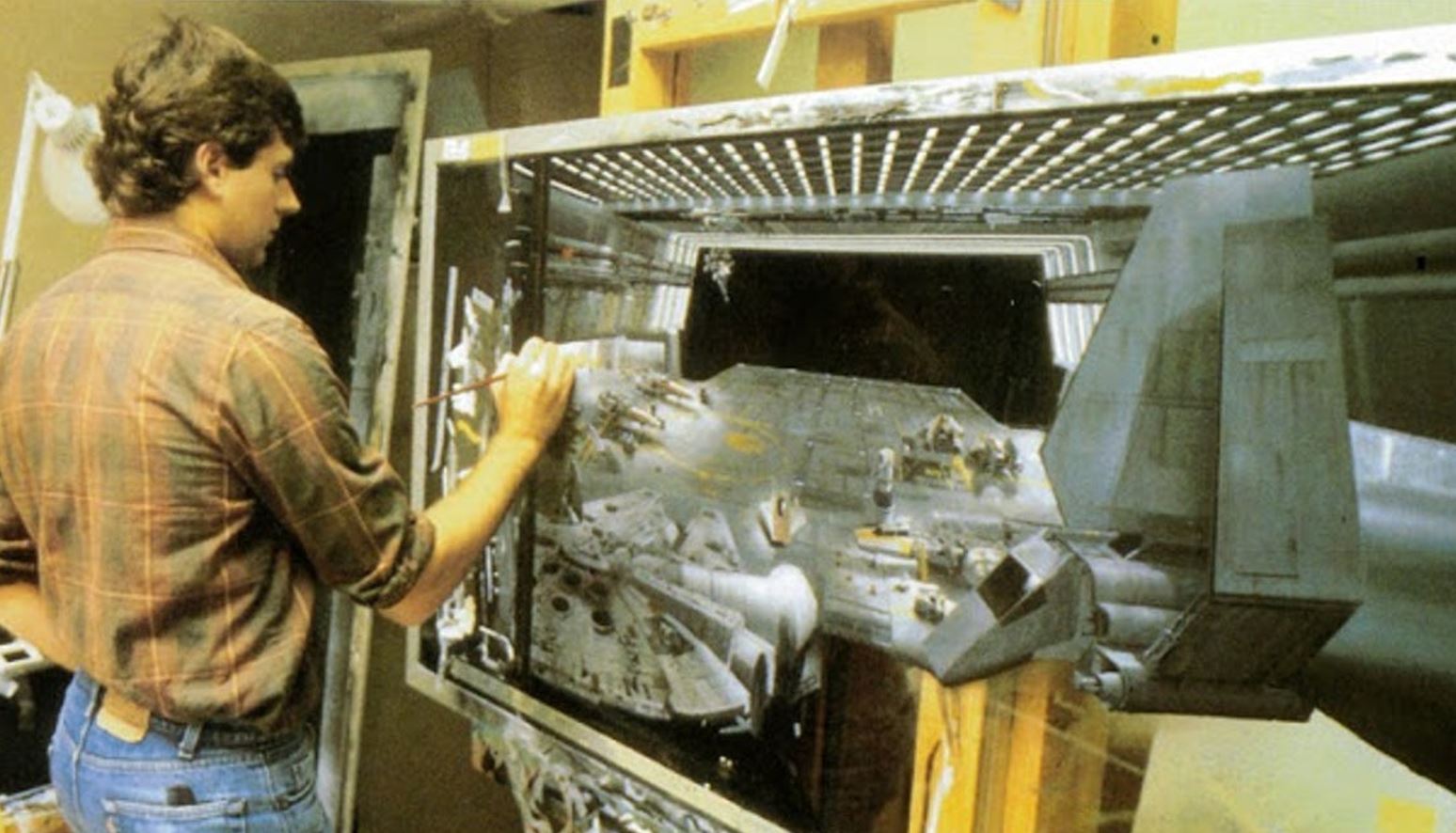 George Lucas’ “Star Wars” trilogy is renowned for its groundbreaking production techniques. Crews used every trick imaginable to film the futuristic settings and epic action sequences, ranging from miniatures to puppets to clever camera tricks. However, there’s yet another tool in Lucas’ near-bottomless bag of tricks that often goes unappreciated: matte paintings.

The “Star Wars” films were made well before the common use of what we now know as CGI, yet the stories demanded huge, futuristic landscapes that seem impossible to achieve without modern visual effects programs. To get around this, crews utilized an old trick that can be traced back to the earliest days of Hollywood: using large, incredibly detailed paintings to serve as backgrounds and set designs.

Led by Ralph McQuarrie, the “Star Wars” art teams would paint on glass to create sand crawlers in the vast Tatooine deserts, giant armies of stormtroopers on the Death Star, and even entire cityscapes.

The following video shows how these glass panes would then be positioned precisely in front of the camera. This creates an effect called forced perspective, where a flat object appears to have depth and distance from the camera due to its size and shape.

This ingenious technique was pivotal to bringing the “Star Wars” films to life, and is still in use today. While films rarely still use physical paintings, digital matte painting is still an integral part of many visual effect pipelines. This technique is a great way to incorporate visuals that enhance these movies but are either impractical or impossible to recreate in real life. Which just goes to show that sometimes the simplest solution is, in fact, the best one for any given problem.