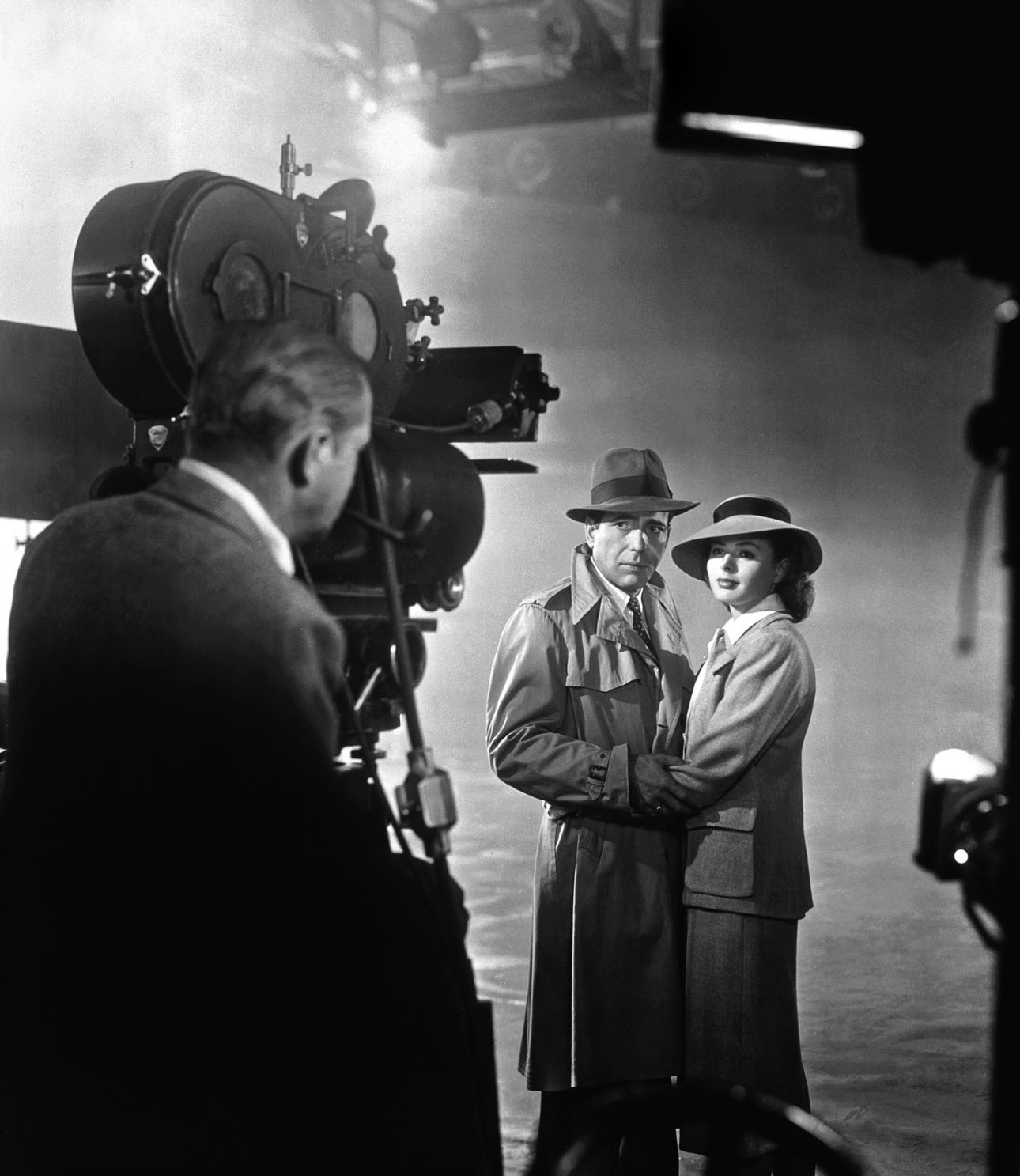 When it released in 1942, “Casablanca” immediately established itself as one of the best movies of all time, and is still considered so to this day. In this photo, cinematographer Arthur Edeson, also known for his work on “Frankenstein,” shoots the movie’s climactic goodbye scene, where Humphrey Bogart‘s Rick and Ingrid Bergman’s Ilsa share one last moment before going there separate ways, and where the iconic “here’s looking at you, kid” line comes from.

“Casablanca” had an interesting production. To start, it was rushed through writing and filming so as to release during the height of the Allied campaign in North Africa, since “Casablanca” is, after all, a World War II movie that takes place in North Africa. Despite taking place in Morocco, the film was shot entirely on Warner Brothers’ lot in Hollywood, save for the airport scenes, which were shot at Van Nuys airport in North Los Angeles.

An interesting note about the film is that Ingrid Bergman was very tall, taller than Bogart by a few inches. Because of this, Bogart had to wear special riser shoes and sit on tall cushions in order to come off as taller than her.

Another oddity of the film was that it was shot in sequence, meaning exactly in order as to how audiences see the movie. Usually, to save time, films shoot every scene taking place at one location before moving on to the next. However, due to the rushed schedule mentioned above, the script’s ending wasn’t completed when shooting started, so the movie had to be shot sequentially in order to give the writers time to finish the script.

“Casablanca” was the quintessential studio film. Bogart and Bergman, as well as the majority of the rest of the main cast and crew, were under contract with Warner Brothers their entire careers, and because of this ended up collaborating often. “Casablanca” was beloved back then, winning Best Picture at that years Academy Awards. Even now, many consider “Casablanca” one of the best films of all time, and for good reason.