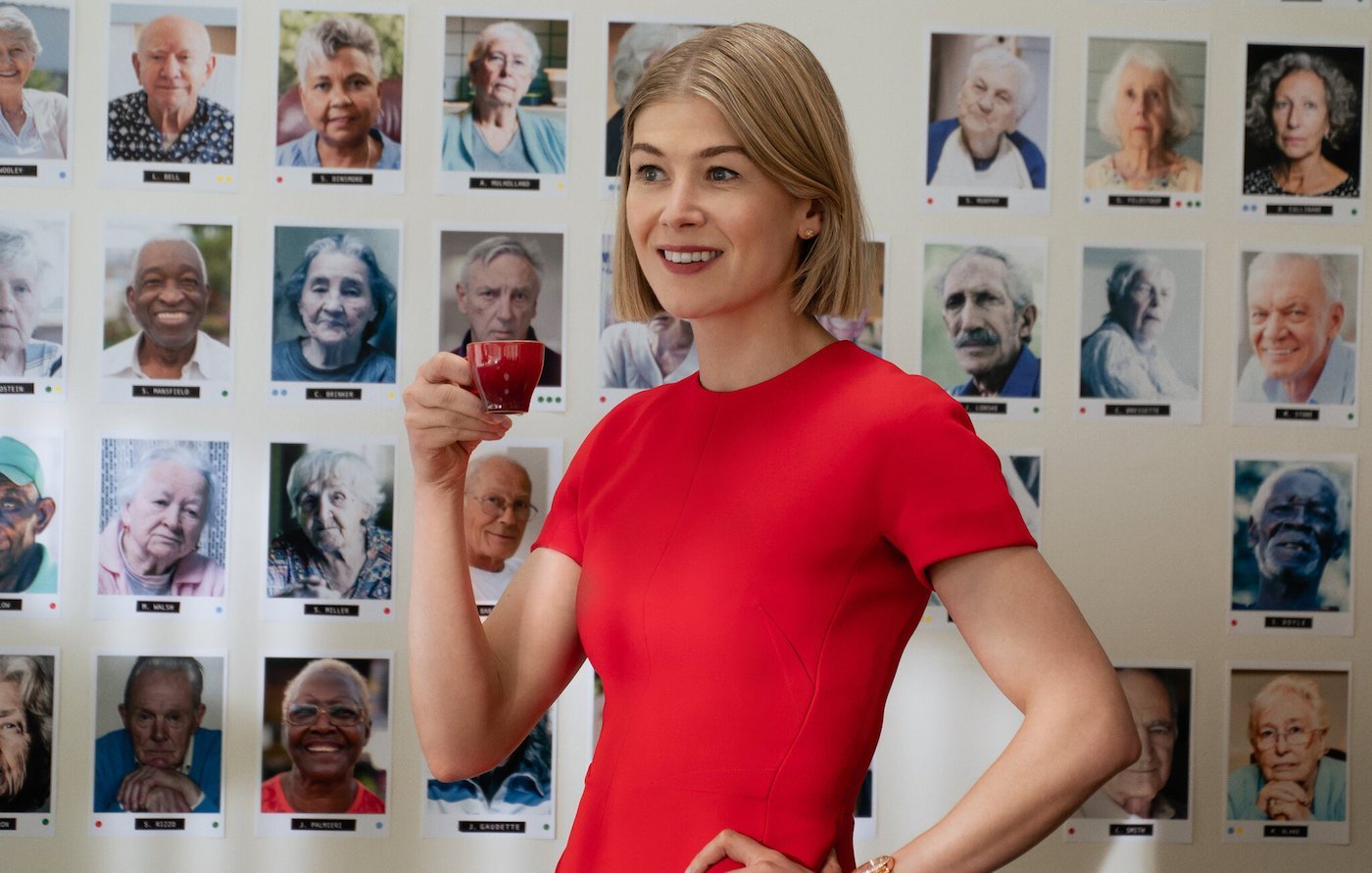 Pike I Care a Lot Review

If “Gone Girl” taught us anything, it’s that Rosamund Pike can make our skin crawl with a single glance. The difference here is that it is no secret Pike’s character, Marla Grayson, is a cunning, manipulative, likely sociopath. But Pike plays the morally reprehensible lead with such conviction and just the right drop of compassion to make her performance spellbinding. But while Pike made this film extremely watchable, I couldn’t help but feel “I Care a Lot” wanted to be something greater than it was able to be.

Marla Grayson opens the film with a voiceover monologue, but we aren’t introduced to her in person till court. With a steady shot of the back of her eerily perfect bob and the chilling act of her lightly brushing it over one ear, we are already aware she is more than she seems.

An image of perfection but something lurking underneath. She is a woman who gives the impression of caring, but as we see quite quickly, she is anything but. With careful planning and equally cruel friends, Marla Grayson swindles elderly people out of their money by forcing them to become her wards.

With the help of her partner Fran (Eiza González) and her corrupt doctor friend Dr. Amos (Alicia Witt), Grayson uses false medical results to convince the state to let her take in Jennifer Peterson, a perfectly healthy elderly woman.

She succeeds, and in all too chilling sequence, she whips her out of her home into a nursing facility and quickly liquidates her assets. In a dark film, this is one of its darkest moments (which, unfortunately, has its roots in reality). However, as much as she may think she’s found a perfectly vulnerable woman, this case is not quite so cut and dry. Realizing she pissed off the wrong people, Grayson faces off against Peter Dinklage‘s mob boss.

The premise is quite electric. And director/writer J. Blakeson wastes no time thrusting us straight into this wild world. It’s bright, colorful, and exudes structure at every turn. But it’s two main characters succeed in how they subvert each set of rules. Grayson is the legal criminal, and Dinklage plays the illegal criminal. But in this film, it’s a distinction without a difference.

It’s in these themes that the film starts to unravel a bit. As an attempted critical inspection on late-stage capitalism, where everything and anything—including a person’s life—is commodified, it’s quite stylish. But when the film progresses, it constantly feels a need to escalate its satire, to a point where the movie becomes based on contrivances instead of cleverness.

What makes the movie’s turn even more disappointing is the fact that it was such an exciting premise in and of itself from the beginning. I wanted so much more of Grayson working the system, dissecting its flaws, and playing politics. I only wish Blakeson had the confidence to deliver on that premise rather than shift gears into a more run of the mill thriller.

That’s not to say this film isn’t worth your time. It is. Despite the lack of any redeemable characters, it’s hard to take your eyes off this fast-paced crime-comedy. The performances are terrific—Pike was just nominated for a Golden Globe. Just be prepared to expect a bit of turbulence on the landing.

“I Care a Lot” is now streaming on Netflix.

Some thoughts that didn’t make it into the review, but still seem important:

In this article:Featured, Gone Girl, I Care a Lot, Peter Dinklage, Rosamund Pike 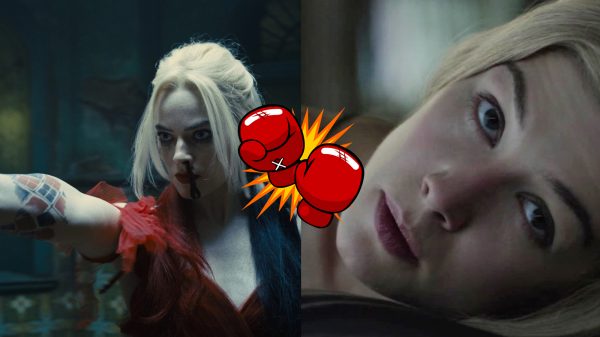 There are crazy girls, and then there are capital K absolutely insane Krazy girls. Harley Quinn and Amy Dunne are definitely part of the... 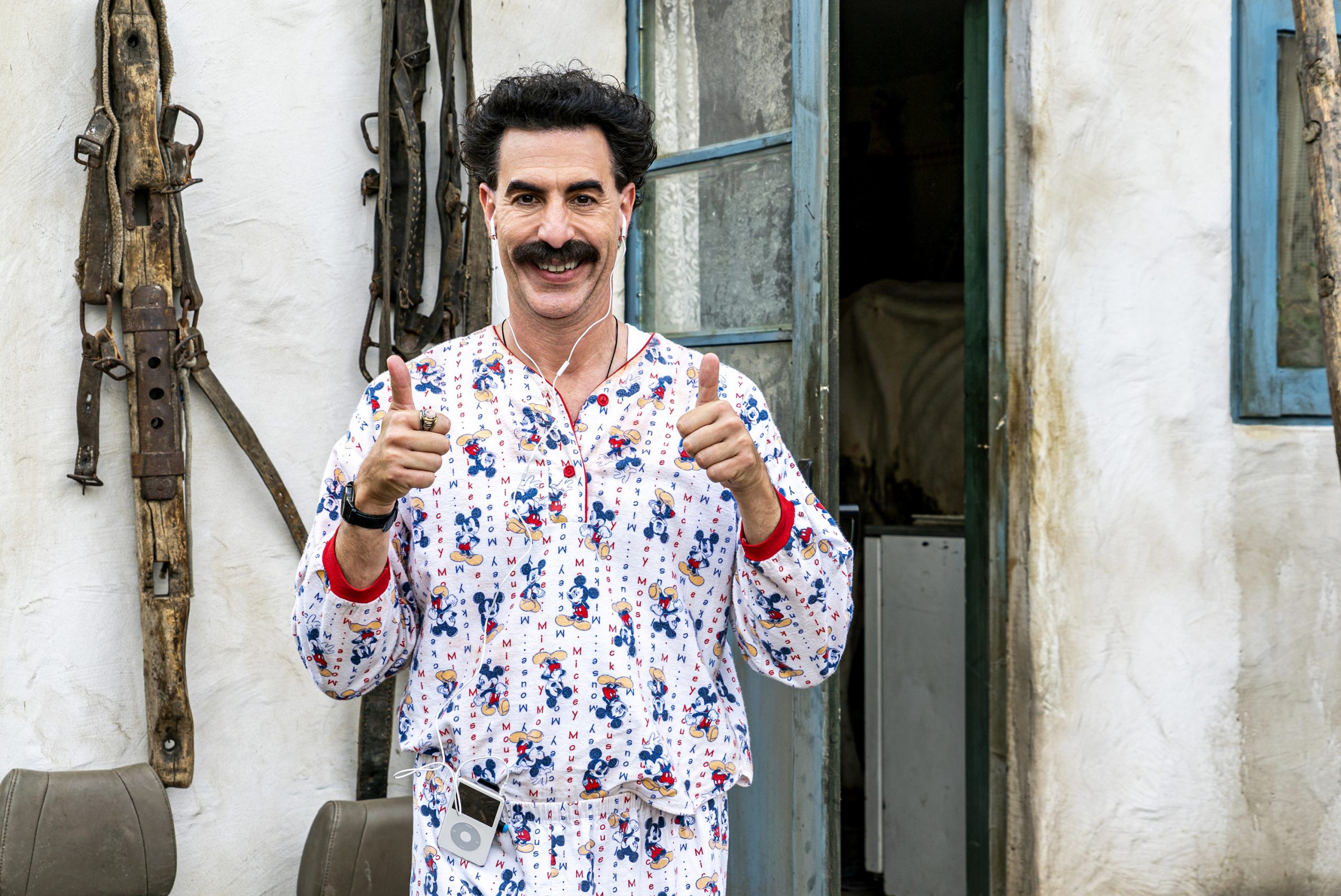 It’s over! The Golden Globes have finally wrapped and the winners revealed. How did your bracket hold up? Hosted by Tina Fey and Amy...