“Pee-wee’s Big Adventure” is talked about and celebrated in popular culture exactly as much as it should: sparingly. It’s a good film, filled with laughs, and equally as bizarre as the Pee-wee character himself. It should neither be forgotten nor obsessively bandied about, otherwise it might lose its oddly-speckled luster.

So why then, do I–a somewhat sane and generally normal person–think about the above featured scene more than any other human on the planet?

Any time I hear the word “paging” or the name “Herman” a dumb smile waxes across my face and I surreptitiously mumble the lines to myself. The same goes for any time I see a concierge, a bell-hop, anything reminiscent of a bell-boy hat, or even just hear a deep voice. Every time, the response is the same:

On Saturday, the following tweet made the rounds celebrating Large Marge’s birthday:

Firstly, I can unequivocally say that Large Marge is responsible for an outsized number of nightmares I suffered as a kid. Secondly, according to her memorial plaque, Marge died at just 37 years old. In the movie, she says the wreck happened ten years prior, putting the year in the film at 1987. In the memorial photo, she can plausible pass for 37. But in the truck–yikes–she’s not aging well! Guess driving the same stretch of road for a decade after being turned into mincemeat will do that to ya.

Regardless, you can bet your ass that tweet and all this hullabaloo about Large Marge got me thinking about the Paging Mr. Herman scene over and over again, so I guess add that to the list of triggers.

Needless to say, writing this post surely won’t help clearing it from my mind, either. It’s just stuck in my head playing over and over like a catchy tune stuck on repeat.

Alright, I have to end this post. My thoughts are beginning to obsessively vacillate back and forth like that Simpsons scene in which Homer has the dueling banjo thoughts of “Dental plan!” and “Lisa needs braces!” except mine are “Laaarge Maaarge” and “Paging Mr. Herman.”

In this article:Featured, Pee-wee Herman 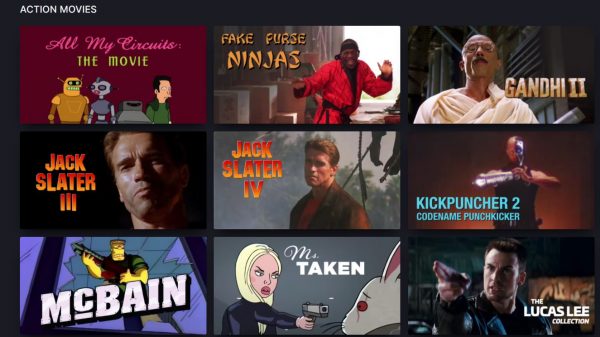 Welcome to Nestflix, where all your favorite movies within movies and shows within shows can be found. The site is the brainchild of Lynn... 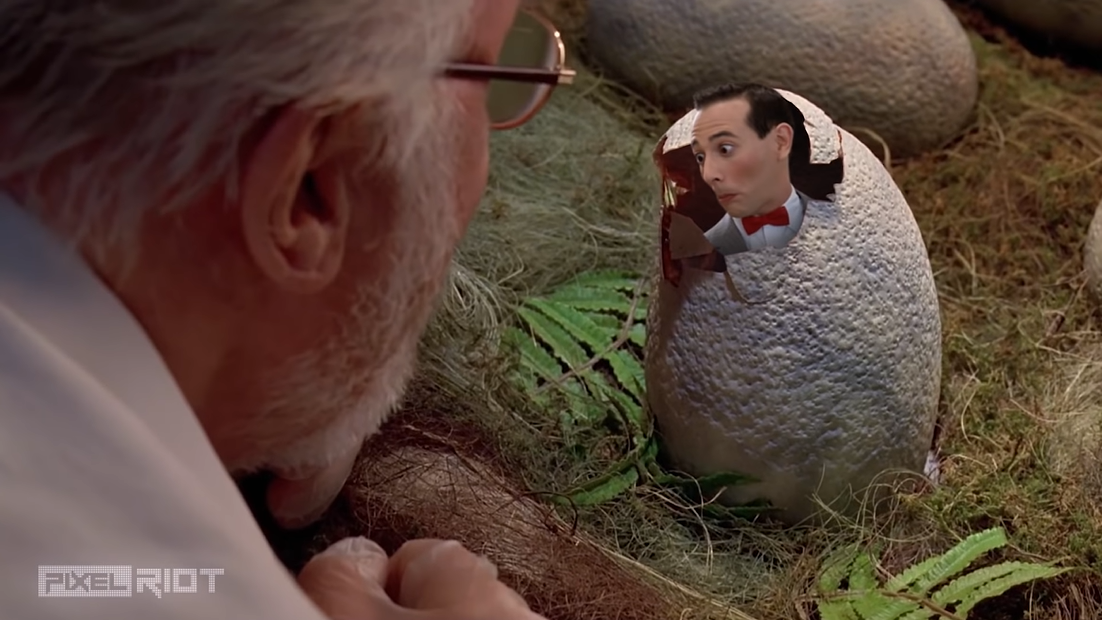 ‘Jurassic Park’ Except Every Dinosaur is Pee-wee Herman

I’m going to lay all my cards on the table: Paul Reubens got a bad edit in 1991 for his indecent exposure arrest. Sure,...