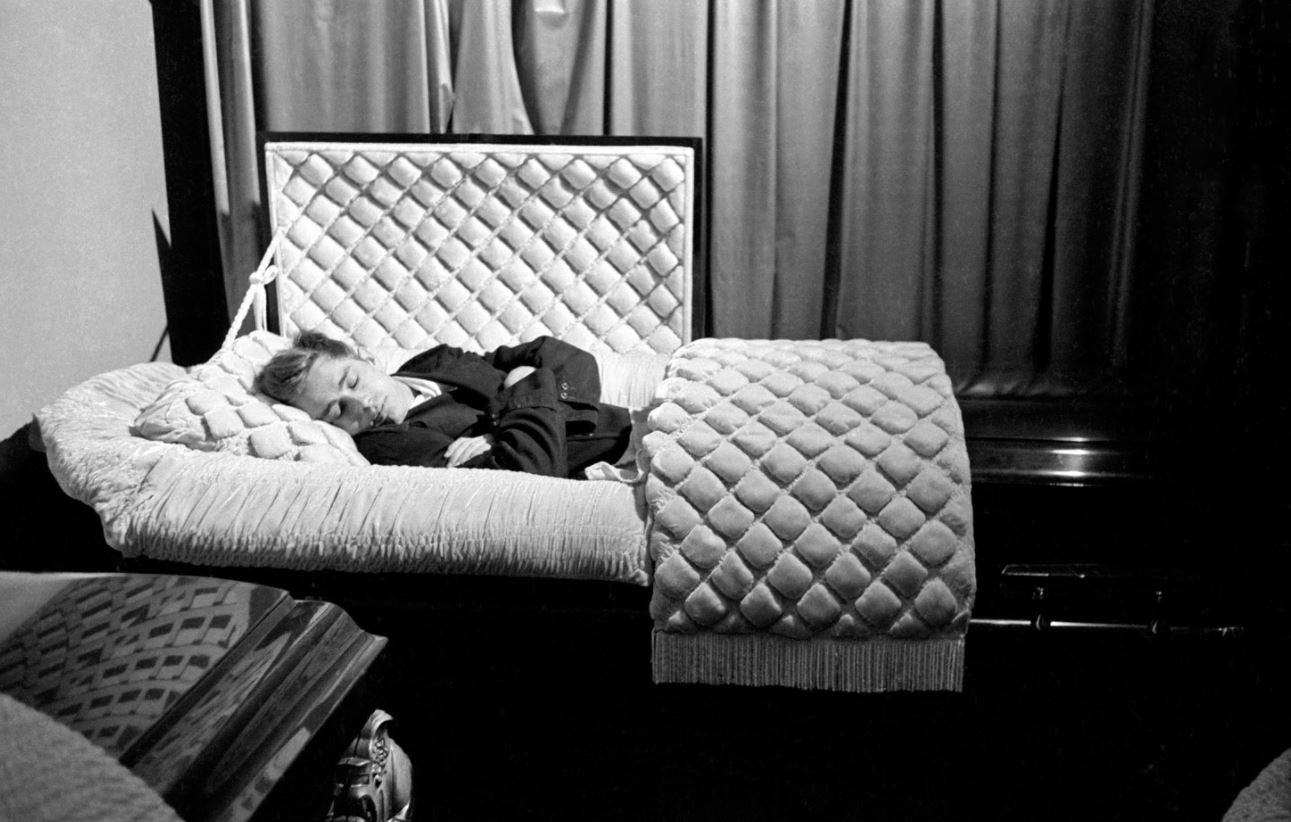 Throughout April of 1955, Life magazine commissioned photographer Dennis Stock to do a “visual biography” covering the life and times of actor James Dean. In addition to photos taken in New York City and Hollywood, it included a trip to his boyhood home of Fairmount, Indiana.

In what would seem like eerie foreshadowing, Dean decided to pose inside a funeral parlor coffin for a series of shots. Sadly, the occasion would mark the last time Dean would visit Fairmont. He died just seven months later on September 30, 1955, in a car accident near Paso Robles, California.

Afterwards, in 1956, George Stevens, director of Dean’s last and posthumous film “Giant,” was forced to address the photos while promoting the film. He told the Associated Press, “Jimmy Dean lived every day for the future. He had no more premonition of death than you or I … the picture beside the coffin was made when Dean visited a high school chum in his home town. It was a gag picture that any young man might post for on an impulse.”

In this article:Featured, Giant, James Dean 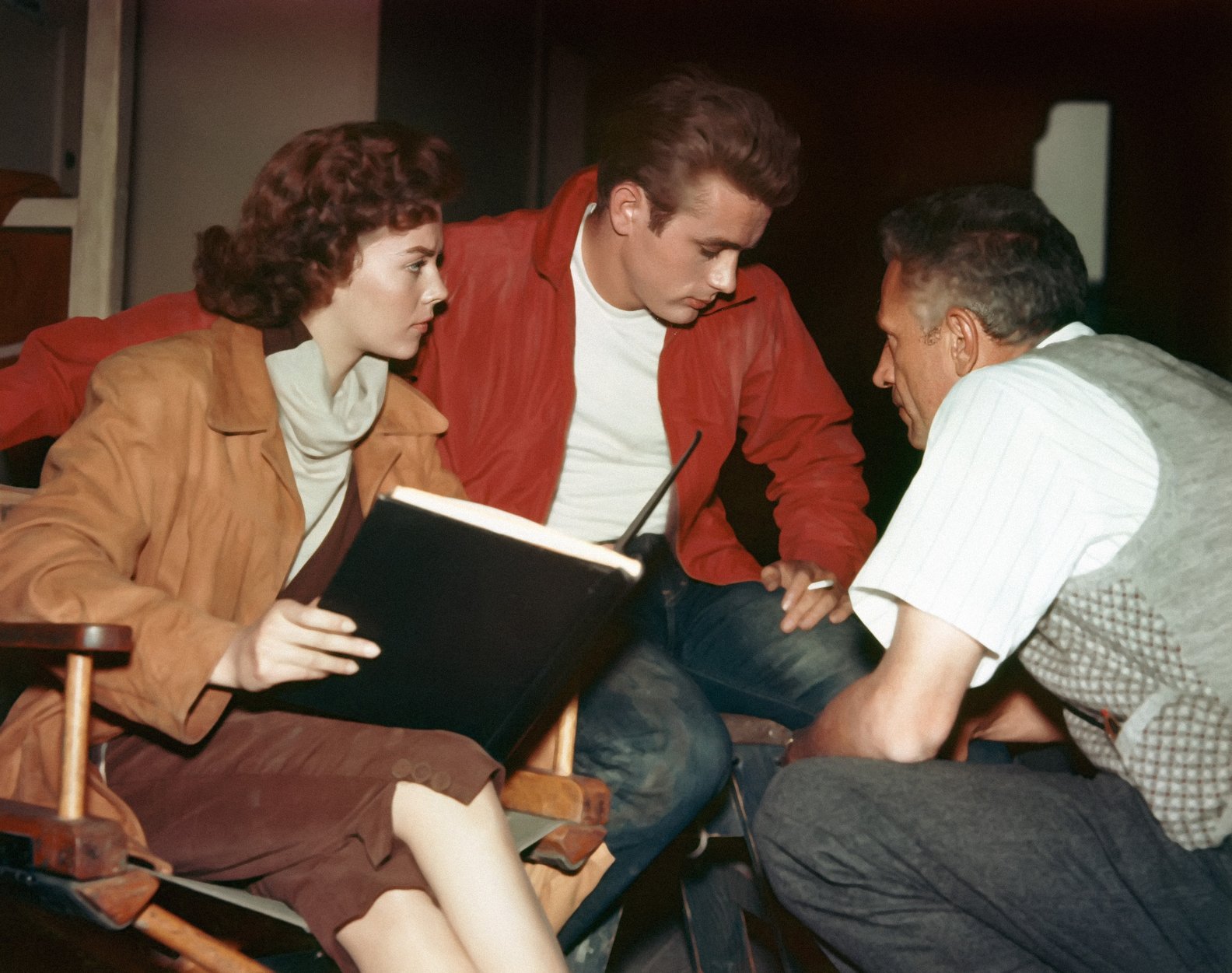 Master of Cool, James Dean On Set of ‘Rebel Without a Cause’

I've got the bullets!