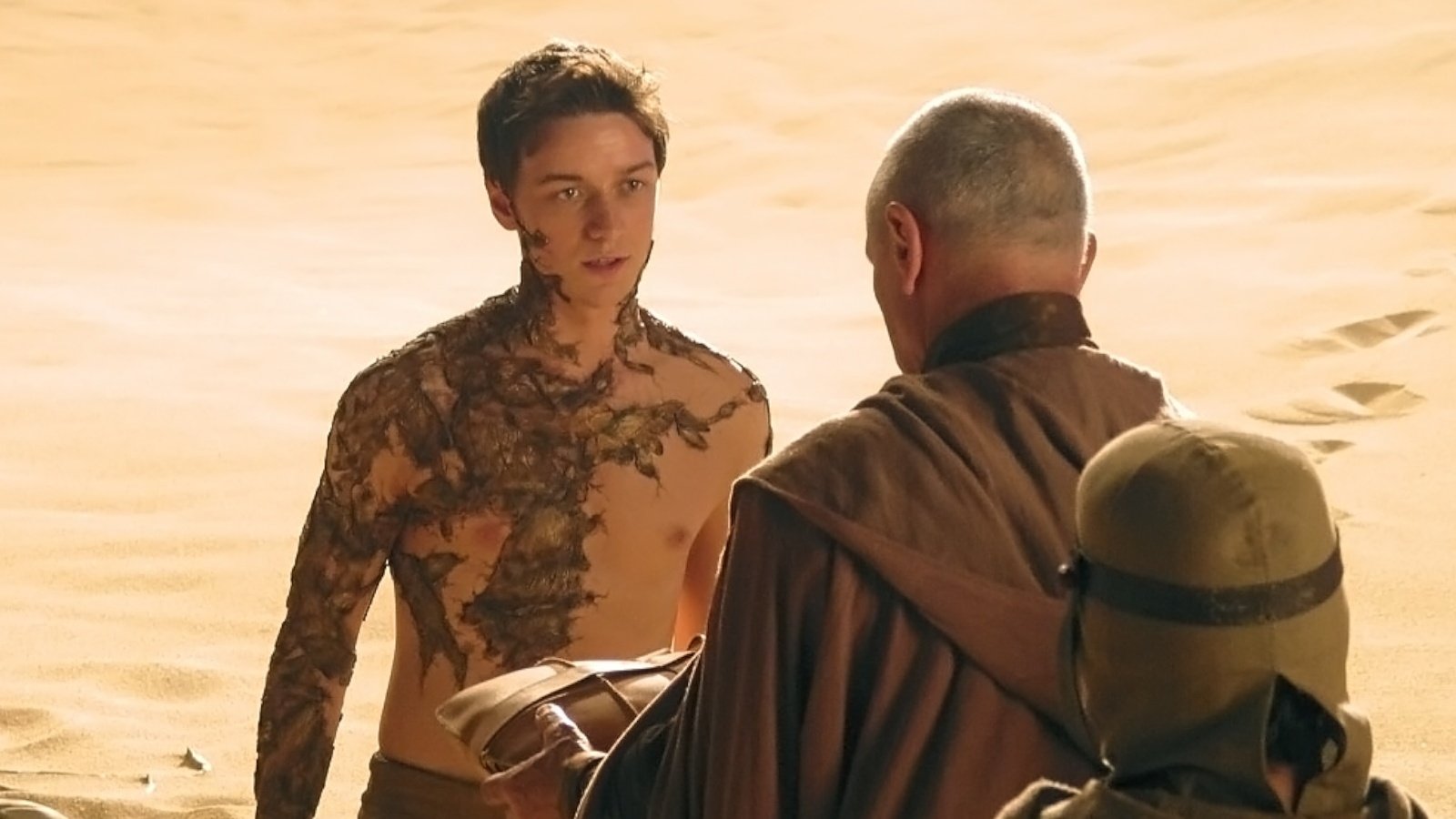 If anyone knows about the pressures of adaptation, it’s “X-Men: First Class” James McAvoy. Adapting any source to the big screen is a challenge, especially in meeting ridiculous fan expectations.

With the latest “Dune” adaptation just weeks away, McAvoy understood the degree of pressure the cast is under. In the 2003 miniseries, McAvoy plays a character more prevalent in the second and third books (Leto II). Whereas Chalamet will play the main character of the first book, Paul Atreides. Having been through the wringer with Science-Fiction adaptations, McAvoy passed his wisdom onto the new face of “Dune.”

So he’s really putting a lot of faith in Timothée, huh? The “advice” can be seen as a compliment. McAvoy does go on to praise his acting skills. The comment also adds a bit of levity, like the best expectation is no expectation.

Though McAvoy didn’t give any direct advice, he did offer a helpful tool that was passed onto him. He told the cast to “believe the reality of the world they’re bringing to life” more than they believe in the “good writing.” McAvoy claims believing the script’s convincing nature isn’t enough, and actually easier than accepting it as fact.

It’s pretty sage advice as the more the actors fully believe what they’re doing in front of the camera, the easier it will be for the audience to get lost in the world.

In a weird passing-the-torch (backwards?) way McAvoy shows nothing but support for Villeneuve’s latest adaptation. “Dune” releases in theaters October 22, 2021.