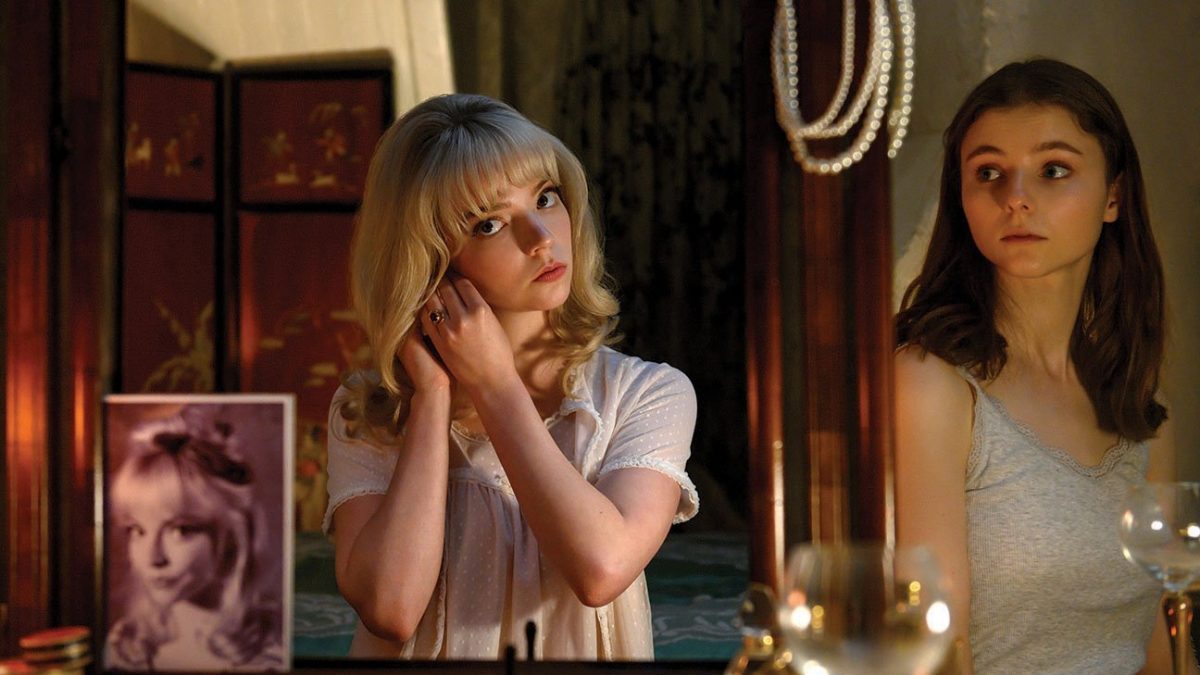 With the epic releases of “Dune” and “The French Dispatch,” Edgar Wright‘s latest horror might fly below your radar. But it shouldn’t. The director boldly takes a step away from comedy to revisit what was once the “epicenter of cool,” as Wright calls SoHo, London in the ’60s.

The risks pay off visually, as the director uses practical visual effects to create a parallel world between Thomasin McKenzie and Anya-Taylor Joy. The scenes which Eloise visits Sandie in her dreams usually place her on one side of the mirror, and the 60s singer on the other. Giving her a one-way view on her life, making her incapable of interacting or preventing the disturbing events that occur.

The film succeeds in tone and atmosphere, making a comment on the current state of Soho and what it has always been. It may sound vague but the director makes note of just how many deaths and crimes occur in Soho, and “At the witching hour, it’s like old Soho comes out to play.”

It speaks to the theme of being unable to change the past. Even when Eloise goes to great lengths to keep Sandie alive, copying her hair style and recreating her dress in class. The director comments on the process of making the and realizing the distinct relationship between past and present.

In dressing London in both a modern and historic setting, this made him understand the looping of events. Particularly, in terms of sex-work and young, ambitious people taken advantage of for generations.

The look of the film is as dazzling as Sandie’s dance moves, which we see a lot of. However, there are some glaring mistakes most novice horror-movie makers can’t seem to overcome. Edgar Wright’s signature style incorporates visual comedy, something that doesn’t necessarily lend itself to drama. Especially in the middle of a tense moment, and a quick cut or jarring shift, can give the campy-horror vibe. Which I don’t think Wright’s going for in this movie.

Another classic trope is the constant gaslighting of the main character. She has family history of mental illness. But this is relied a little too heavily upon to push her to the absolute edge. Her efforts were constantly met with denial or, unfortunately, underwritten support.

What I mean is the protagonist’s only ally being overly compliant, offering no real help to our clearly struggling Eloise. He often reassures her that he’s “there for her” but she ultimately is the most interesting thing about him. This is more of a side-note since Eloise’s main relationship is with Sandie. It centers around the fact that Eloise is separately trying to save someone already gone.

One thing to be sure of is that the film never lacks in style as Edgar Wright has done before, here he once again immerses his viewer in a unique story. Kudos to the filmmaker for making something that isn’t adapted. Something that seems to be a rarity these days.