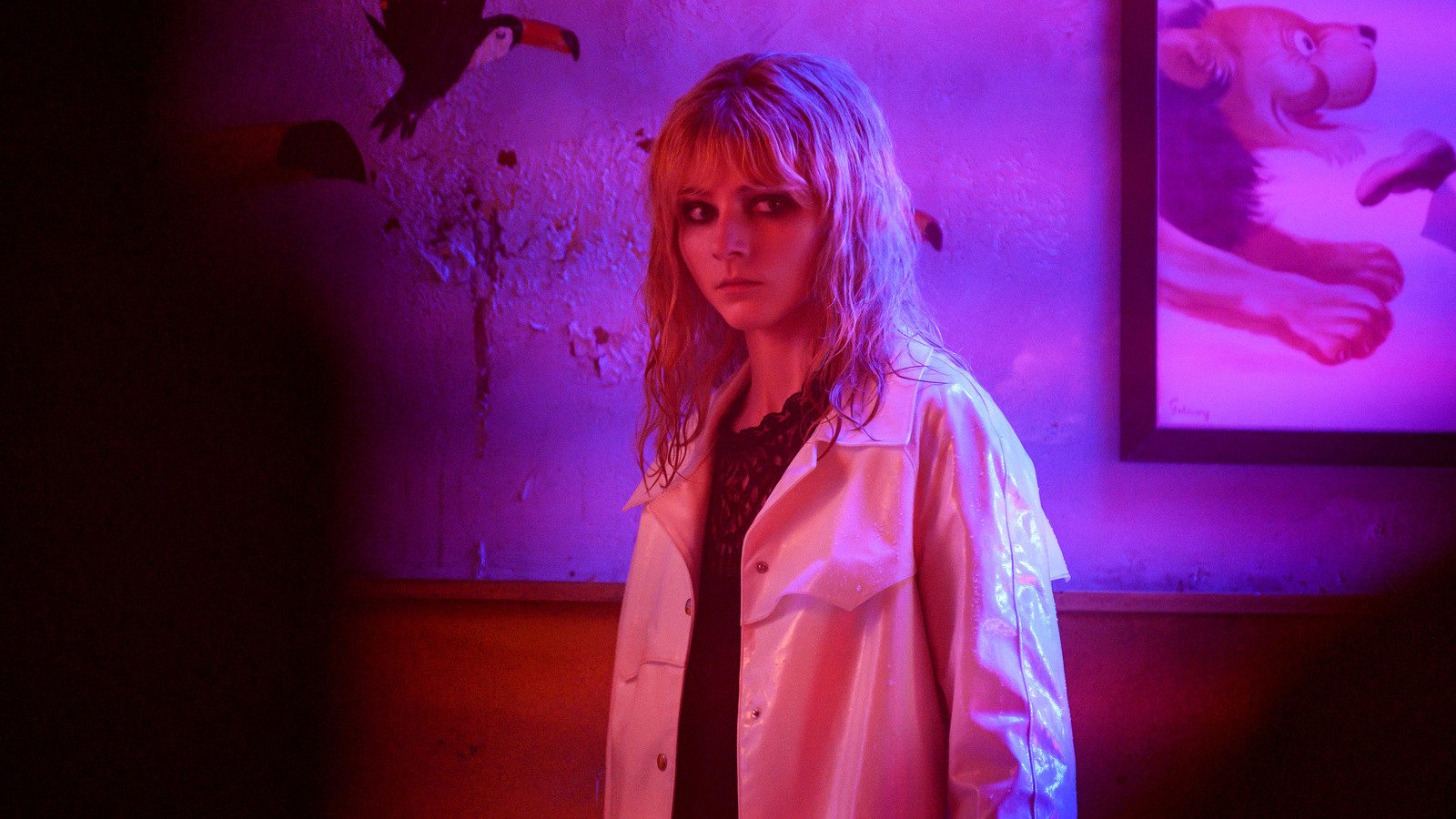 As we learn from the trailer, “Last Night in Soho” follows a young fashion designer as she simultaneously relives the life of one of her favorite 60s singers. A nightmare unravels as she watches Sandie (Anya-Taylor Joy) die at the hands of someone who appears to be her lover (Matt Smith).

The latest posters for the main characters was released on IndieWire, and once again drown the actors in ominous color. Sandie’s character poster is moody with purple and blue tones as she appears to be in a lounge or club. The actor and character names displayed in neon green and red give the ominous look of late-night hi-jinx. Which we are sure to get plenty of in this movie.

Thomasin McKenzie’s Elouise poster captures the protagonist as she witnesses something in fear. Her wide eyes and mouth hung slightly open, we get the feeling she’s seeing something she isn’t supposed to.

This leads to the third character poster, featuring Matt Smith.The only poster where the actor is not face-forward. Instead, he looks over his shoulder with a wicked, and knowing grin.

Oddly enough, Jack’s poster has the most natural lighting of the three. Meanwhile, Sandie and Elouise take on a more surreal appearance, and a signature color. This might be to allude to the fact that Jack is present in both Elouise’s dreams and her reality.

We’re set to get a ton of new horror and slasher films, but I’m personally most excited for this psychological thriller. It already feels like a blast from the past.