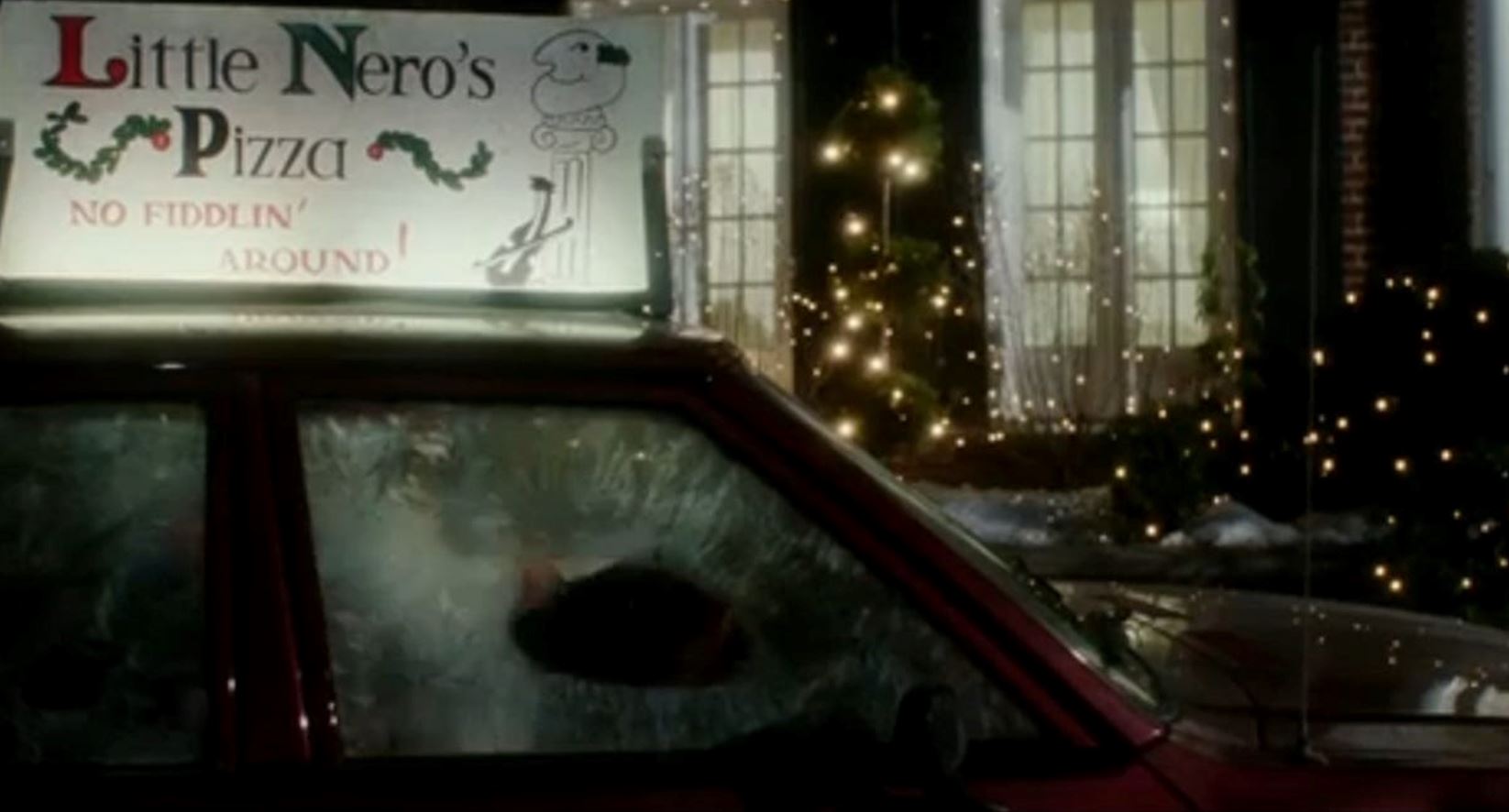 On Thanksgiving I wrote about “Planes, Trains, and Automobiles” like every other person in the film blogosphere. The Monday preceding it, I wrote about “turkeys,” though in the context of bowling.

This year for Christmas I’m going to offer up a Movie Detail Monday post about the Chinese restaurant in “A Christmas Story,” arguing that that film is the ultimate Christmas movie. But plenty of other people say that “Home Alone” is more deserving of that title, so it’d be a shame to not cater to their preferences a bit.

Therefore, some three weeks ahead of Christmas this year, here’s a fun little detail from “Home Alone” that you probably missed despite watching the film a million times: the slogan for Little Nero’s Pizza is “No Fiddlin’ Around!”

Why is that interesting? I’ll tell you. First, Little Nero’s is a reference to Little Caesars. Second, “No Fiddlin’ Around!” is a historical reference to the tale that emperor Nero supposedly played the fiddle as Rome burned during the Great Fire of Rome in AD 64. Third, the problem with this tale is that the fiddled didn’t exist in Ancient Rome. The viol was not developed until the 11th century. If Nero played anything, it was the cithara.

And last but certainly not least, neither Nero nor Little Nero’s Pizza better be fiddlin’ around, because everyone from Tacitus to Kevin McCallister knows that if the pizza isn’t delivered within 30 minutes, it’s free!