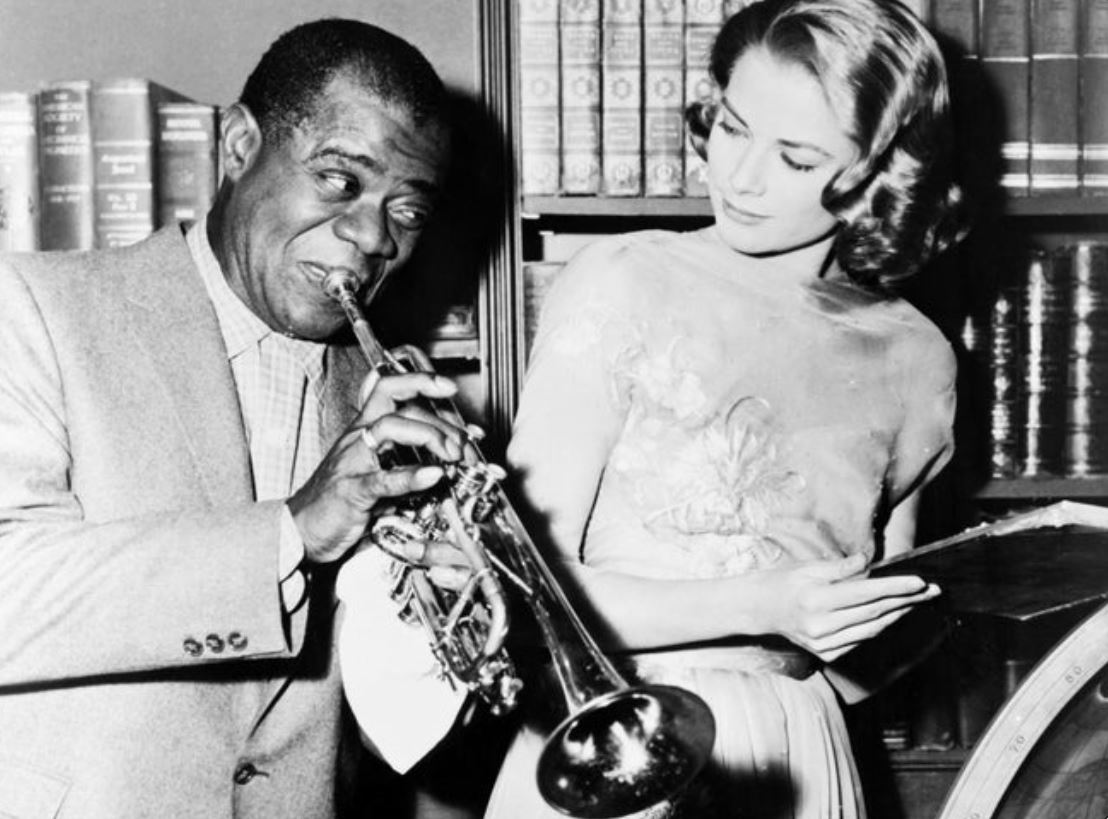 Louis Armstrong, nicknamed Satchmo, was an iconic American trumpeter, composer, vocalist and occasional actor who was one of the most influential figures in jazz. His career spanned five decades, from the 1920s to the 1960s, across varying and oftentimes groundbreaking eras of jazz.

Did you know you can actually visit his house? Indeed, to see where there music master called home, simply swing by Queens, New York. It’s now a museum!

Then there’s actress Grace Kelly, largely considered the most beautiful woman in the history of Hollywood. Kelly rose to prominence from a handful of ’50s television series before gaining international fame stemming from her performances on the silver screen, starring in such films as Alfred Hitchcock’s 1954 classics “Rear Window” and “Dial M for Murder.”

Kelly became the Princess of Monaco after retiring from acting at the age of 26 to marry Prince Rainier III in April 1956. While her early years seemed like they were right out of a Hollywood script, sadly Princess Grace’s later years weren’t “happily ever after.” She died at the age of 52 on September 14, 1982, succumbing to injuries sustained in a traffic collision the day before. According to a CAT scan, she suffered a brain hemorrhage that likely led to the crash, and another hemorrhage while in the hospital.