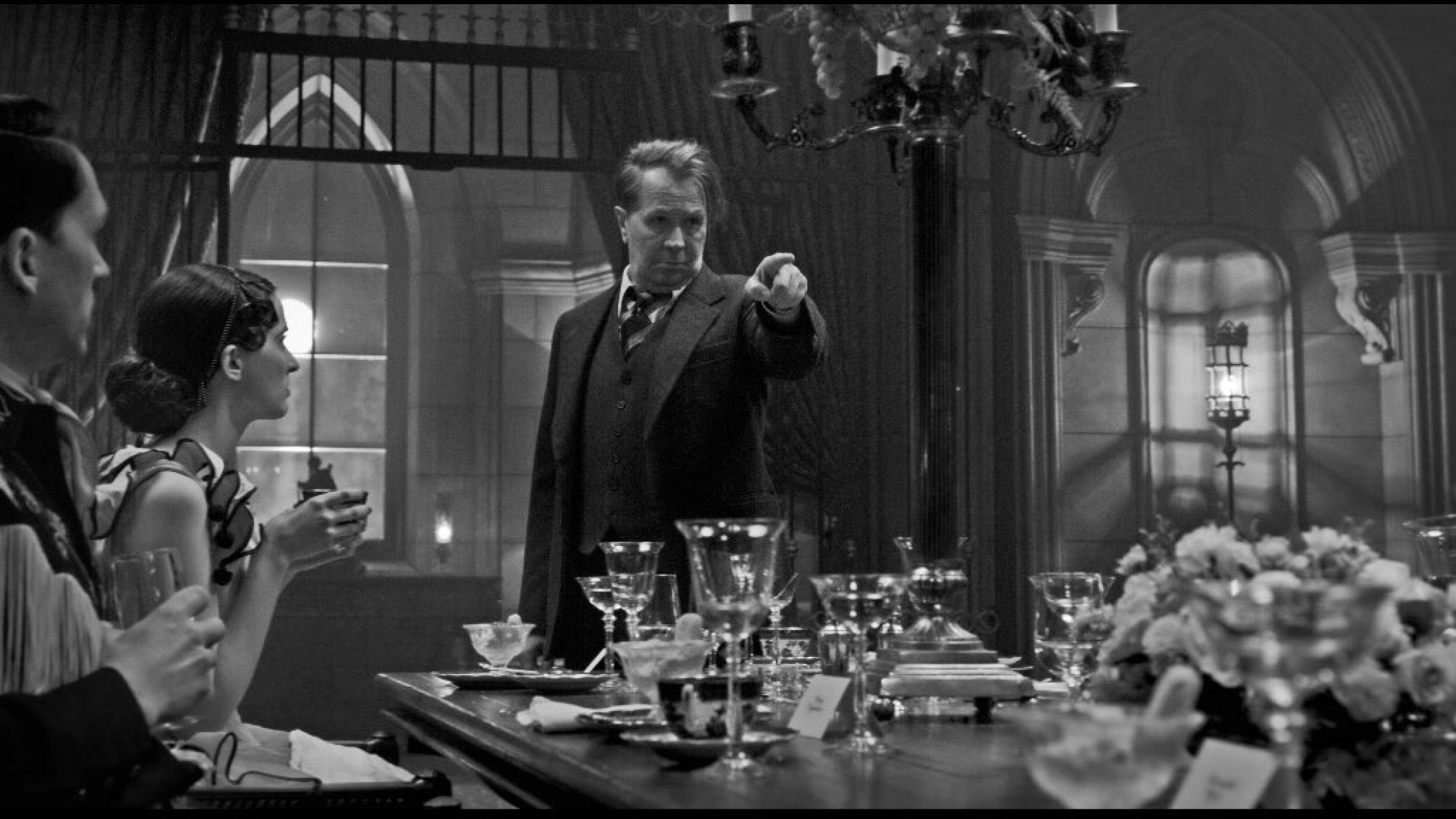 For many film fans–myself included–David Fincher’s “Mank” represents the most anticipated film of the year. Not because most other movies have been delayed due to Covid. Not because most theaters remain closed. On its own–from the beginning of January until now–“Mank” has stood apart from the rest of the Hollywood movie pack as having the highest potential to be the best film released in 2020.

Does “Mank” live up to its full potential? Not really. The end result of the film comes off as being less than the sum of its parts. But mediocre Fincher is still infinitely better than watching Fast and Furious 12 or whatever Hollywood may have next on deck, so we can all stuff that into our stockings and be thankful for the gift.

The look, and more importantly the feel of the film, is superb. Fincher’s eye for what happens on set, to be ingested by the camera and eventually spit out onto the screen, is second to none. “Mank” is a period piece that genuinely feels as though it was shot some eighty years ago.

The acting featured throughout “Mank” is just as magnificent, with Gary Oldman disappearing into the role of Herman Mankiewicz as confidently as one could hope and Amanda Seyfried elegantly portraying the embattled Marion Davies.

That being said, I don’t believe the general public will take to “Mank” as it did to most of Fincher’s previous films. “Citizen Kane” is celebrated as the greatest movie ever made, with the story behind it just as captivating.

Accordingly, Fincher plays a lot of inside baseball throughout the film, peppering it with very specific lines, references, or occurrences that relate to “Citizen Kane,” most of which will be lost on those who haven’t studied–much less seen–the 1941 film or know a whole lot about its production.

Furthermore, there’s an ample amount of that 1940s-style snappy dialogue that was prevalent in film at the time, but “Mank” is about the making of a 1940s film, not a 1940s film itself, so why utilize it? If nothing else, that style immediately breaks the realistic, immersive nature that modern films try to maintain.

There’s also a sequence in the middle of “Mank” that is centered around political debate, but seems out of place and drags on for way too long. I’m guessing Fincher got a bit too caught up in the hysteria of an election year. Frankly, the film would have been better off with the entire sequence left on the cutting room floor.

Grievances aside, “Mank” remains a welcomed sight for sore eyes that have seen far too few films this year. It’s certainly worth watching and has enough accolades to be fondly remembered. And because I wasn’t sure where else to put it, I’ll leave you with my favorite quote from the film, said by Louis B. Mayer about the film industry:

“This is a business where the buyer gets nothing for his money but a memory. What he bought still belongs to the man who sold it. That’s the real magic of the movies. And don’t let anybody tell you different.”