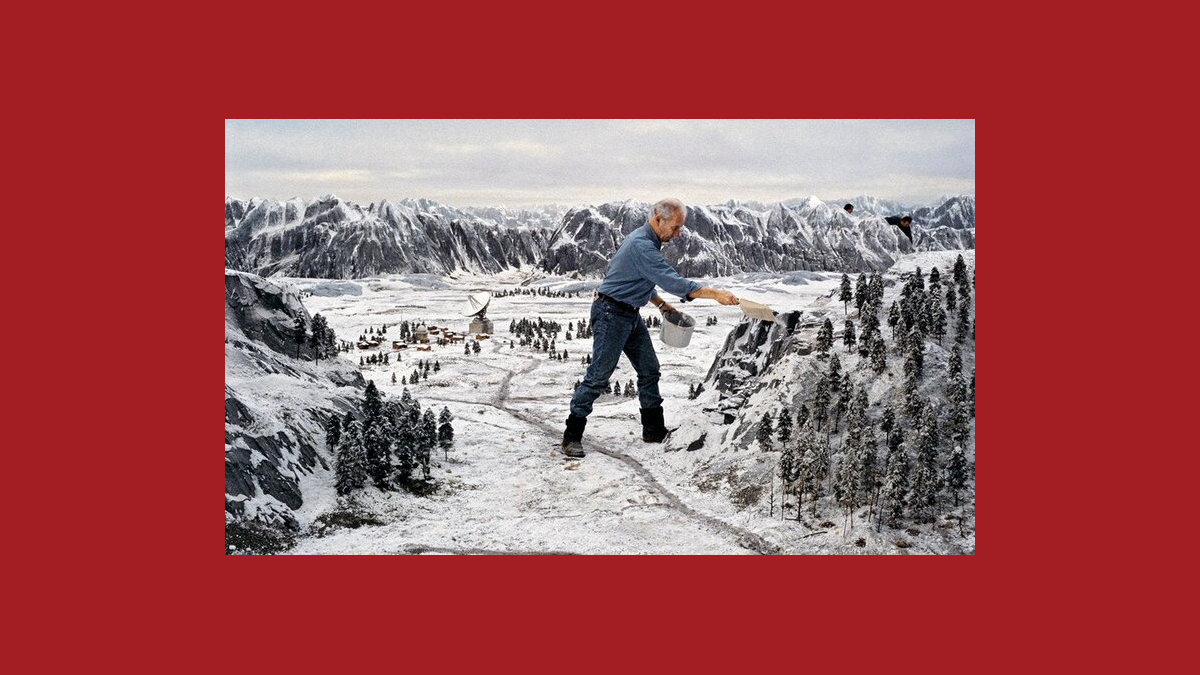 First of all, I can’t tell you how titillating it is to put the words “massive miniature” next to one another in a title. It’s just such an exhilarating oxymoron that almost never happens organically. Yet in this case it’s totally justified—this photo does indeed feature a really big, built-to-scale model.

Second of all, look at that “GoldenEye” set piece. It’s glorious! Better yet, I’ll wager every last dollar in my checking account (I’m a bona fide thousandaire, mind you) that you didn’t even notice the two fellas in the back right of the image working behind the mountain range.

More than the guy in the foreground, it’s those two who really give a sense of the true scale of this model. I’d guesstimate it’s somewhere in the realm of some 60 feet measuring from front to back, which is quite staggering given the extraordinary amount of time and attention to detail needed to construct such a thing.

I’ll admit that the Pierce Brosnan era was my least favorite of the entire James Bond franchise. It has neither the kitschyness of the older movies nor the grandiose cinematic action of the Daniel Craig era, but there are plenty of others (especially those who are die-hard fans of the Nintendo 64 game) who prefer this interim period.

For those who are simply James Bond fanatics no matter the era, be sure to check out Metaflix’s interview with Mark Edlitz below. He quite literally wrote the book on the franchise.