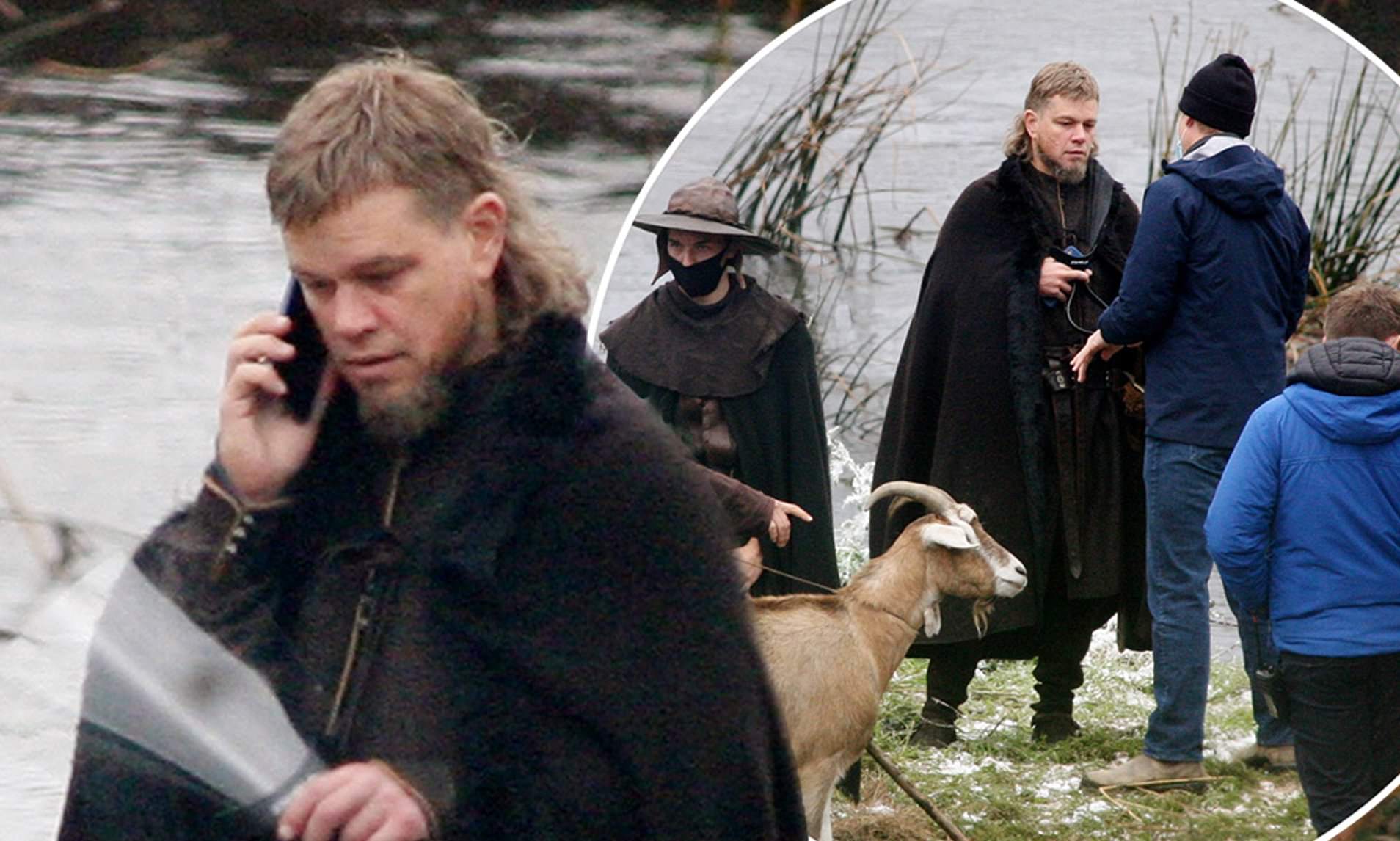 How did this happen? What studio executive let Matt Damon grow facial hair that looks like YMCA, communal shower pubes? I know he’s playing a medieval warrior, but I’m pretty sure the Knights of the Round Table didn’t look like Wawa employees (shoutout to my New Jersey readers.)

But in all seriousness, this movie sounds pretty awesome. It’s apparently based on a real duel that happened between two Frenchmen in 14th century France after one of them slept with the other’s wife. Ok, on paper, that did sound a tad bit absurd. But look at whose involved first, then make your judgments.

It’s directed by Ridley Scott and was co-written by Damon, Ben Affleck, and Nicole Holofcener (“Can You Ever Forgive Me?”). It stars Damon, Jodie Comer, and Adam Driver as the three leads, with Affleck playing a supporting role.

I’m assuming Matt Damon and Adam Driver are the ones “dueling,” which sounds simultaneously exhilarating and utterly ridiculous. Honestly, it’s movies like this that make me question my own relationship to film. Like, am I excited for “The Last Duel?”? Part of me says no Josh, you’re an intellectual and this is Hollywood garbage. But another part of me says, yes Josh, you’re a neanderthal and we both know pretty people hitting each other with swords is going to make you happy.

Regardless, I’m going to watch this movie. Maybe I’ll see it under an ironic, “I can’t believe this exists” pretense… but I’ll probably end up loving it. However, I will not stand for Matt Damon’s chinstrap. Even I have principles.