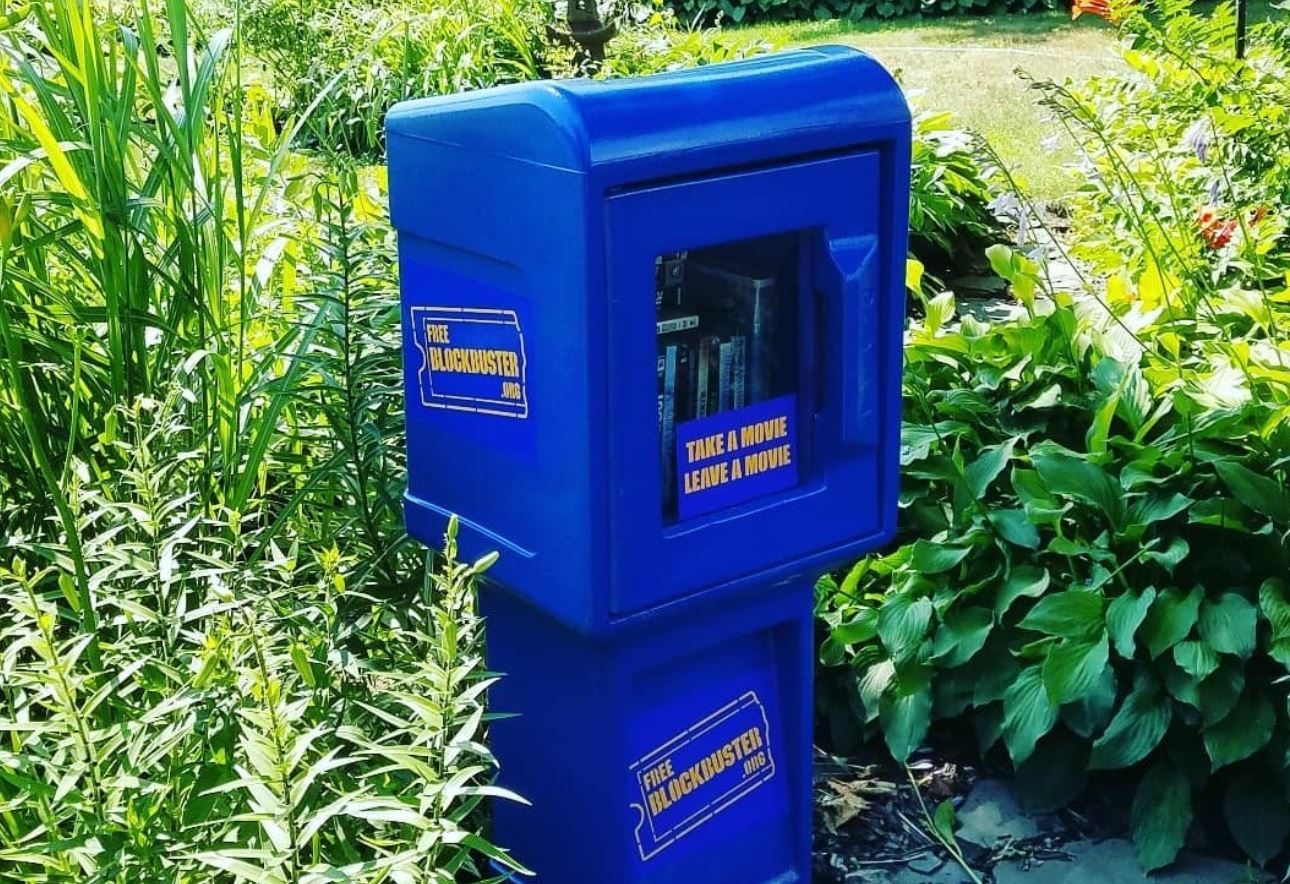 We’re all familiar with the Little Free Library movement–those neighborhood book exchanges usually in the form of a public bookcase. Now, a new trend is taking off, much to the delight of every cinephile and entertainment-starved citizen from Brier, Washington to Orlando, Florida.

Take a movie, leave a movie, be kind and rewind is the mantra of FreeBlockbuster.org, an upstart organization on a mission to provide free entertainment to as many people as possible.

A Free Blockbuster is a place where people can leave movies so other people can borrow them. Like those Little Free Libraries where you can take or leave a book, but for VHS tapes and DVDs (and anything else you want to share with your neighbors).

The concept is the brainchild of Brian Morrison. A couple of years ago, a friend of his was moving across the country and wasn’t going to drag along her entire DVD collection. So Morrison took the DVDs, put them in an abandoned newspaper box he had painted in the Los Feliz neighborhood, and grew the inspirational idea from there.

Since its inception in 2019, Free Blockbuster has grown to over 50 boxes in locations ranging from Pennsylvania and Virginia to Oklahoma and Louisiana.

Anyone can sign up to start a “franchise” in their own city. All it takes is purchasing some startup gear–namely the blue box and some stickers–along with a commitment to making sure it remains well-stocked.

“I think it’s a hard time for any small business,” Morrison says. “But we’re definitely seeing this atrophy of smaller business, while the corporate behemoths are able to maintain and pivot. One thing I think we’re super aware of is that we need collective spaces to share cultural experience.”

Advertisement. Scroll to continue reading.
In this article:Blockbuster, Featured